getting spoiled on mother's day

i'm super late with this post because - well, let's face it, i've been terrible about blogging lately.  i've got to get back into the groove, because while we're still on lockdown there are still fun things to share!

anyway, my mother's day was really lovely.  a few days before, i'd placed an order with a local baker who was offering delivery of afternoon tea packages.  we've been missing going for tea and this was pretty much the only option we had (although of course, after we ordered this one we came across several more opportunities for tea at home packages, oh well).  and while the hub was out picking up some breakfast for us, the delivery was dropped off at the front door. 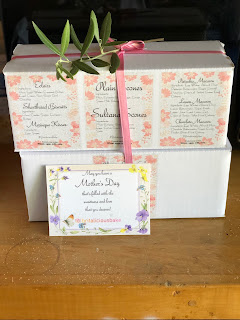 the poor hub.  he tried so hard to find something extra delicious for brunch, but because it was mother's day and a few local favorite spots had just opened days before for pickup they were all swamped and not accepting any more orders.  instead, he picked up breakfast burritos from one of our favorite greasy spoon drive-thrus and some caffeine from the nearest starbucks.  it was all delicious and it was nice to sit in the back yard and enjoy the beautiful weather as we ate. 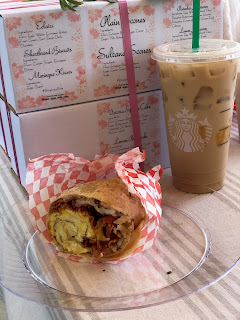 and of course, i got my mimosa.  heh. 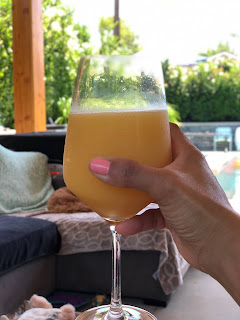 we busted open that afternoon tea package not too long afterwards. 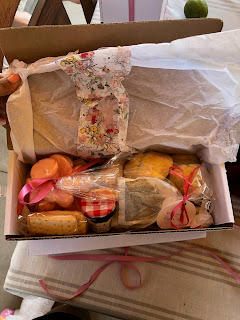 there were freshly baked scones and a mini jar of strawberry jam: 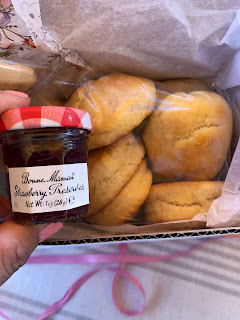 homemade shortbread, which was light and flaky and really good: 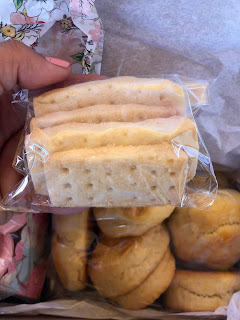 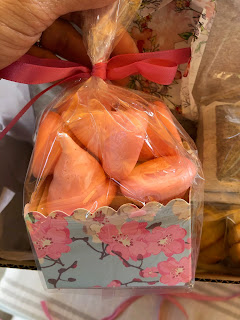 of course, there were teabags with detailed instructions for DIY. 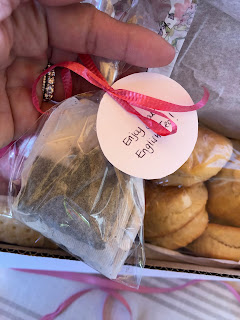 i never did get around to taking a picture of the other box, but it contained slices of lemon pound cake, a sponge cake with strawberry filling and three macarons.  the whole thing was nicely presented and everything was really good - not the same as going out for tea, but it was as close as we were gonna get.

that mimosa put me right to sleep, but did you expect any less?  i did manage to wake up in time to enjoy some pool time, though. 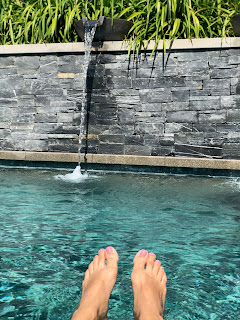 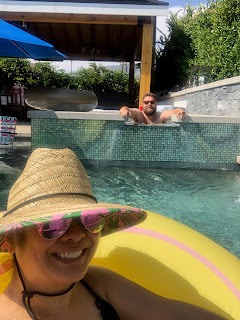 later, the hub headed to the grocery store and came back with all the stuff to assemble kabobs that he bbq'd for dinner. 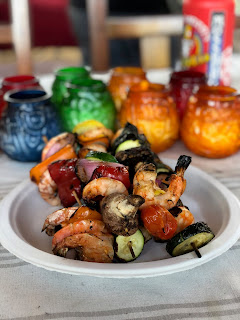 the old lady and her special friend had brought me a pretty pink bag that contained a cute new t-shirt with a floral print (which was significant because we'd just had a conversation about how i'm not a big fresh flowers fan, because while i think they're beautiful we all know that i'm a plant killer with a black thumb), some super comfy sweatpants (because we're still all in loungewear mode 24/7, right?) and a pretty, sparkly lip gloss.  the bean made me an incredibly adorable animated e-card that she won't let me post, and the hub said that the gift he'd ordered had been delayed.  he gave me the option of finding out what it was that day or waiting until it was delivered, and while i'm typically an instant gratification kinda girl i decided i wanted to be surprised.

a few days later, he and the bean handed me this box: 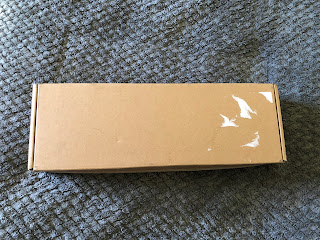 and when i opened it, this was inside: 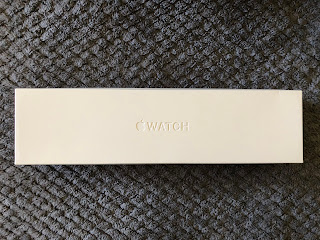 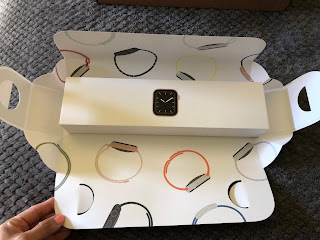 woohoo!!  and it turns out that the band he'd picked out to go with my new watch was what had caused the delay.  apparently it was so fabulous that it'd been on backorder, but that's okay because it was totally worth the wait. 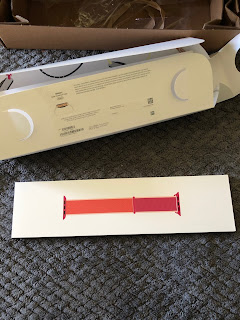 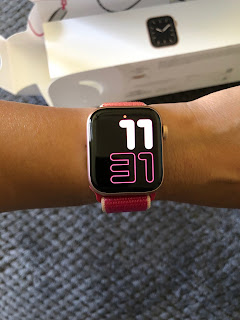