please don't stomp on the poppies

this weekend's outing took us out in a different direction - up to lancaster for the antelope valley poppy reserve.  or, at least, to the area around the reserve, which is closed right now for obvious reasons.  a few of my friends had been there the previous weekend, based on their facebook posts, and it sounded like a nice drive with some pretty views to somewhere we'd never been before.

i started off the day with a zoom barre class, taking my laptop out to the backyard to get my sweat on outside instead of cooped up in my room like always.  the dogs seemed to think this was a pretty funny idea and they were constantly underfoot and laying on my mat just before i needed to stretch out on it for some core exercises. 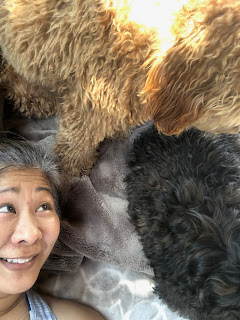 on our way up to lancaster, we stopped in saugus to grab some lunch at an old favorite spot - chi chi's pizza.  we ordered pasta and meatball sandwiches and ate it as we continued our drive to the poppies. it'd been a really long time since we'd been there and it was just as delicious as always. 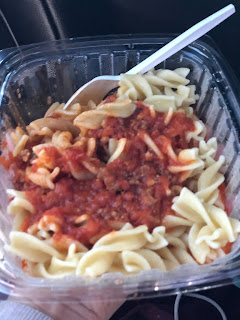 the poppies came into view not too long after that and they really were very pretty, sprinkled all across the rolling hills. 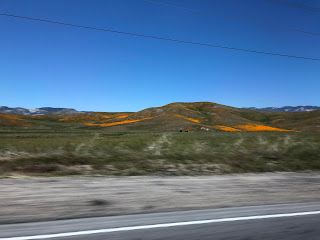 while the bright, colorful flowers were a happy sight, the hordes of folks who were walking through the fields and trampling right onto the delicate flowers was less so.  it doesn't look that bad in this picture, but there were a TON of folks everywhere. 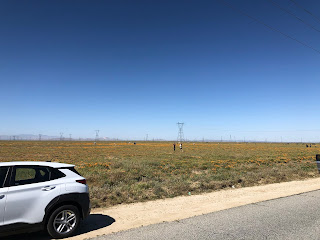 we decided to head off into a different direction, following a trail we'd noticed that took us away from the crowds and further back into the hills.  there were some pretty steep parts to climb, which made the ride extra fun. 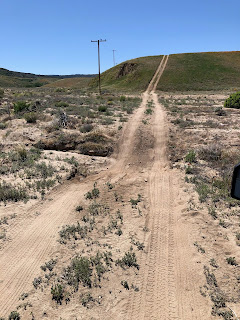 the poppies were still visible here, although not quite as much as in the areas we'd passed where all the people were. 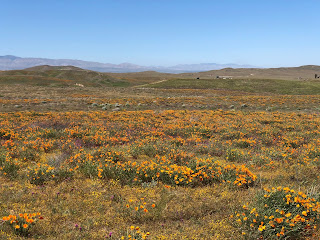 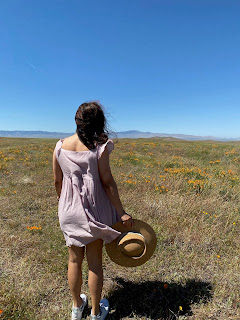 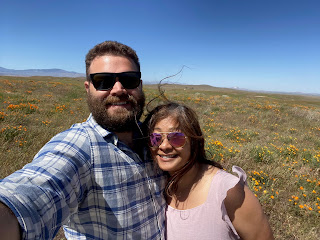 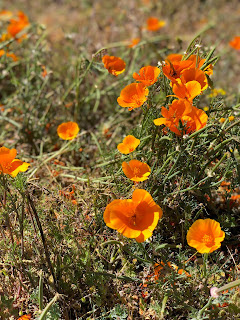 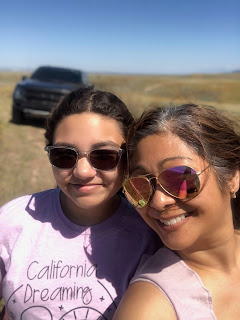 teddy wasn't a big fan of the wind.  like, at all.  he would stop to turn and give me the stink eye now and then, and he flat-out refused to go potty. 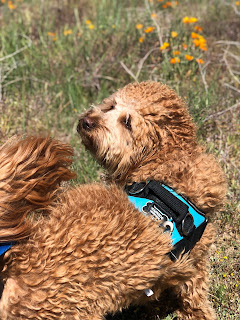 there were some pretty lavender flowers growing up there too - remember, i'm not so good with the plants so i have no idea what these were.  heh. 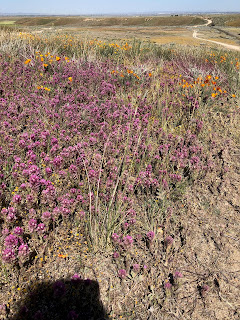 we had just enough time to head home to make a couple of quick signs for my cousin's birthday parade, and while the bean did the lettering i printed and cut out the pictures to paste onto the posterboard. 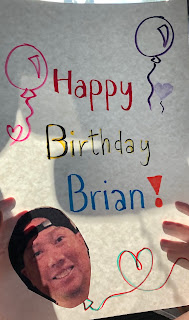 it was really fun to join the line of cars and drive slowly past his house, where he was standing with his wife and daughters happily waving at everyone who'd come out to see him for his milestone 40th birthday.  and everyone who drove through was rewarded with a party favor - these highly sought-after brown sugar boba ice cream bars that the girls and i have been trying to find for months. 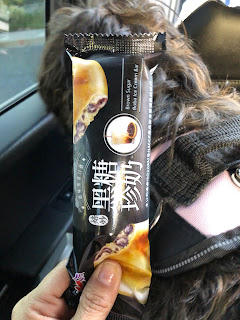 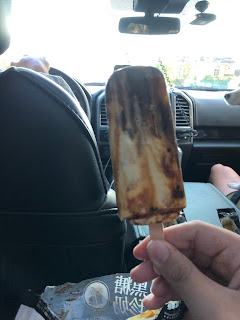 they were delicious, by the way.  totally worth the wait.

and now we're perusing ideas for where to go on this weekend's outing.  it's turned into a pretty fun tradition that we look forward to all week.  there are definitely a few things that i'll always remember from this crazy time of quarantine...and taking these drives is one of them.
at May 07, 2020