so remember bernie and his mittens from a few weeks ago (holy cow, it seems like forever ago)?  well, i'd bought the pattern for the crocheted version and gave it a try.  it started off pretty well, with the body and the butt stitching up easily.

from there, i added his head with eyes and nose. 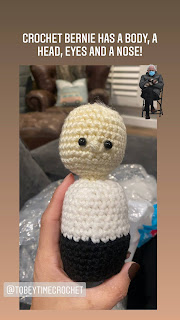 it was a little difficult trying to make any progress on ol' bernie though, with these two doing their best to distract me (and succeeding). 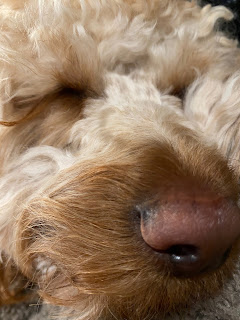 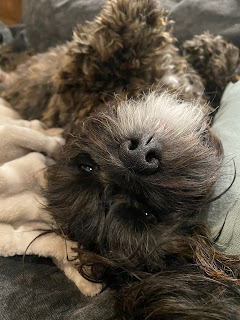 eventually, he got ears and hair that started off as a piece crocheted separately and sewn on to the back of his head, and then i used a dog wire slicker brush to unravel the yarn and make it look like actual hair. 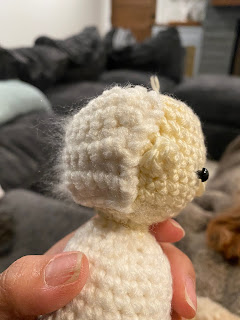 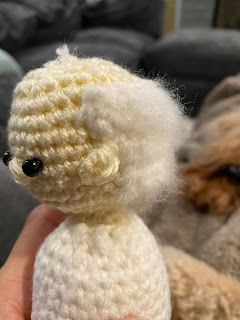 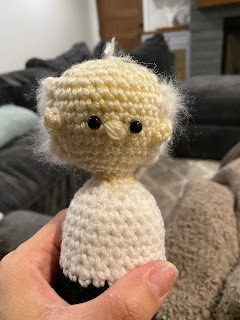 working with wire isn't the easiest thing to do, and his glasses came out pretty wonky.  but i'd fiddled with it for long enough and figured this was good enough. 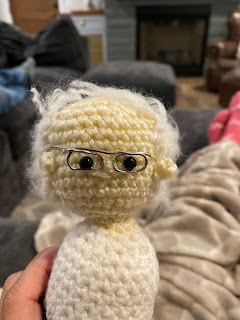 and after that it got a lot more difficult.  for his legs, the pattern had me start with his shoes and work my way up.  i had some difficulty making them the same size, but again - i was over it and didn't want to start over.  the arms were even trickier, with the tiny stitches to make the mittens really hard to see with these aging eyes.  and i still didn't get them as nice as i'd have liked, but it was good enough.  luckily, the coat and face mask were much easier to complete and finally i had a completed bernie doll: 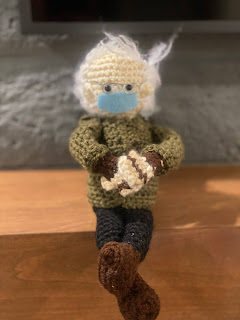 and of course, i have the most perfect tee to commemorate this silly moment in time. 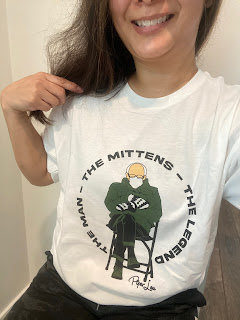 i ended up having to tell people that i wasn't going to be able to fulfill orders for the doll after all.  once was quite enough - it had taken a soul-crushing two weeks to finish him as it was.  as much as i'd have loved to spread the bernie joy, i wasn't really up for the frustration again.  oh well.
at February 23, 2021