way back in, like, june i had responded to a casting call for a new show on the game show network - because i still felt like i needed redemption from my first (losing) game show appearance.  it was for some sort of word game, and when they asked me for a teammate i knew just who i wanted to play with.  it took just one text to my friend weezermonkey, who said yes immediately.  i gave her contact information to the casting producer, answered some questions and then we were set for a joint interview via zoom.

for the background, they wanted a clean, quiet and well-lit room with us dressed and camera ready.  i put makeup on my face for the first time in ages and propped my laptop up in the gym with a blank wall behind me.  super professional setup, no?

the interview went pretty well, i thought.  we spent almost an hour talking to one of the producers, answering questions about how we knew each other (haha), what we did when we hung out, what we'd do with the prize money if we won.  and then he gave us a quick overview of how to play the game and we went through a few mock rounds.  it was fun, and i felt pretty confident that we'd do well if we were chosen to play on the show.
it took a few more weeks before we heard back from the network, and this time they wanted us to provide them with some wardrobe options that we'd bring should we get a taping date.  it proved to be a little harder than you'd think for me to come up with 3-5 options - they wanted bright colors, no big prints, no black or white, no logos.  you know...something that would look good on camera.  i managed to scrounge up a few different dresses, snapped some selfies that i'm not sharing because i looked kind of a hot mess in them, and sent them on over.
and wouldn't you know it - less than a week later we heard from them again, this time telling us that we'd been selected as finalists with a date to tape the show a few weeks later.  i was a little surprised to find myself not only excited but also really anxious about the whole thing.  sheesh.  and then we were given instructions to come to the studio to get tested for covid within 48 hours of our tape date.  since the studio is out in culver city, we decided to make an afternoon of it and scheduled our tests together so we could grab lunch afterwards.
it was a little weird to pull up to a studio again, especially knowing that i'd be back a few days later to actually go inside and film a show. 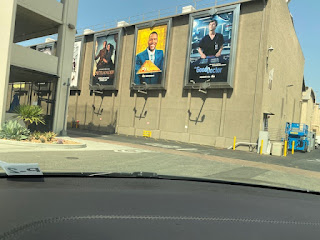 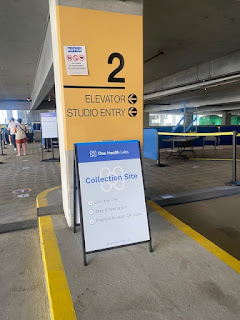 the testing site was right in the parking structure, and it was a quick and easy process.  weemo had already scouted out the area for the best place to have lunch and we headed over to the platform shopping center to enjoy a meal together, something we hadn't done in a very long time.  it was really nice to hang out with her and just get caught up and chat in person after so many months of separation.  we had a little time to kill before the restaurant opened, so we stopped in at the boba guys for a drink. 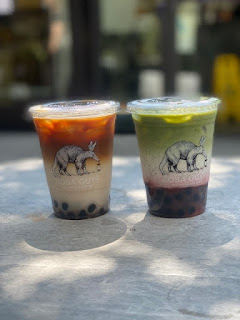 we were able to grab a table outside at roberta's for some delicious NY-style pizza.  the umbrella we sat under was red, so it cast a really weird light on everything we ordered.  oh well.  we started out with a lovely prosciutto plate, which was super delicious despite its rather odd appearance in this picture. 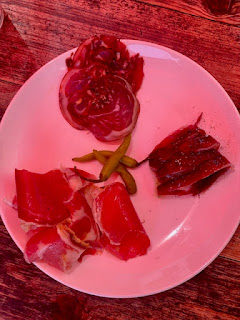 and then we each ordered a pizza to share.  she went with the "bee sting" - a unique-sounding combination of tomato, mozzarella, and soppressata...with chili, basil and honey (hence the name).  you wouldn't think that honey belonged on a pizza, but i (even WITH my weaksauce tolerance for any level of spice) was pleasantly surprised at how good it was.  like, my mouth is watering just remembering how good the flavor was.  and now i want to go back. 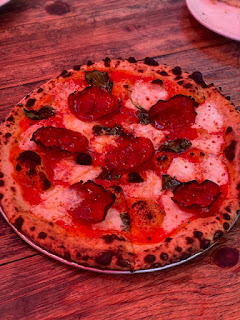 mine was called "cheezus christ," which i'll admit was partially why i ordered it.  but it was also really tasty - several different kinds of cheese topped with fresh cracked black pepper and a cream sauce.  very indulgent and worth every calorie. 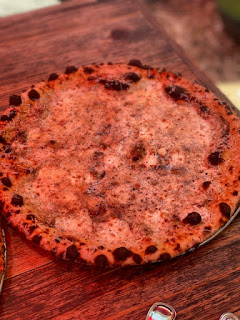 we were originally scheduled to check in for our taping at 6:30am on a monday morning.  i toyed with the idea of staying in a nearby hotel just to make it a little easier on myself, but ultimately decided that the drive at that hour wouldn't be bad at all.

and then the day before we were notified that our call time was pushed back to 9:00.  talk about a double-edged sword - not the ass crack of dawn after all, but right in the middle of rush hour traffic.  ugh.  but it was fine.  i gave myself plenty of time to get through the freeways and pulled into the studio right when i needed to get there. 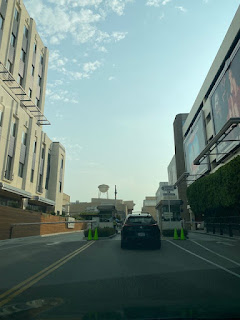 it was a pretty long day of doing a lot of sitting around and hanging out, which we were prepared for.  we met with some of the other contestants for practice rounds, had snacks, ate lunch, got hair and makeup done, and then headed over to the set to sit and watch the first few teams of contestants play the game while we waited for our turn to play.

unfortunately, it was not to be.  since it was literally the first day of taping this brand new show, there were quite a few hiccups during the first couple of tapings.  and it was probably around 4:00, after a bathroom break, that we learned from the casting manager that the rest of the day had been cancelled.  SUCH a bummer.  we gathered up our stuff, hopped into a golf cart for a ride back to the parking structure, and headed home.  WOMP WOMP.

even worse?  we never did get a single selfie together.  d-oh!  i guess it'd been such a long day and we were both really tired...which sounds funny since we didn't actually do much.  but for me at least, having to be "on" for hours on end - peppy, cheerful, excited, blah blah blah - especially after months of mostly being home with just my family around me was utterly exhausting.  the bright side was that i got to spend a lot of time with my friend, and hey - it's a story to tell, right? 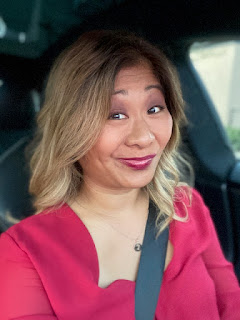 and back home, i snapped one more in my full outfit, just for shits and giggles. 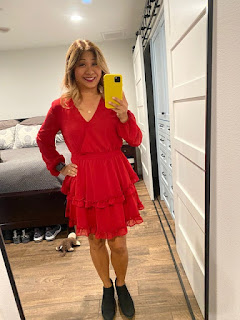 so yeah, my game show losing streak continues.  i didn't get my shot at redemption.  and after the level of anxiety i was feeling that day...well, who knows?  maybe i never will.  but hey, it won't be through lack of trying.  heh.