saying yes to the dress

so now that the big wedding is over - which i haven't recapped mostly because for some reason i don't feel ready to yet - i can do a little backtracking and share about the day we found the old lady's dress...es.  heh.

she'd seen a post about a big sample sale was going to happen at a little shop in monrovia - one that's fairly popular and known for awesome deals on beautiful gowns.  there was a whole list of guidelines for how the sale would go - each bride was allowed up to two guests.  she was allotted a whole 30 minutes to find and try on dresses, and if more time was needed she would have to get back in line for another 30-minute session.  all sales would be final, of course, and there was a small discount for paying in cash.  it was kind of a lot of pressure, but i guess they figure you either find it or you don't, and if you couldn't get it done the next person in line probably would.

and so with her childhood BFF (who was also serving as their officiant for the wedding, an idea that i absolutely adored), we arrived bright and early on a sunday morning to get in line.  the shop was scheduled to open at 9, and we got there at 7.  there was one other bride already in line ahead of us. 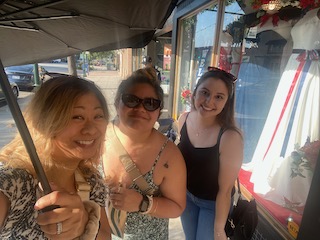 the time went by pretty quickly, as we chatted and giggled about wedding ideas and got all caught up on what was happening in each others' lives.  and then just before 9, a couple of employees came out to greet everyone and have them fill out a quick questionnaire. 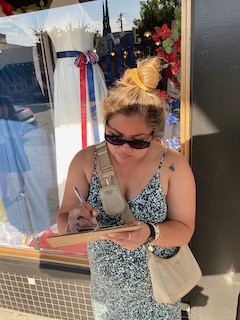 look at how cute her bangle was - a gift from her soon-to-be MIL. 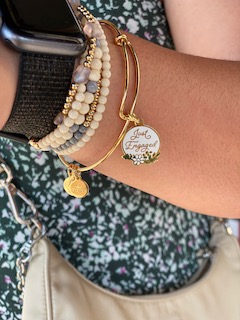 they brought in two or three brides at a time, and our clock started ticking as soon as we stepped inside. 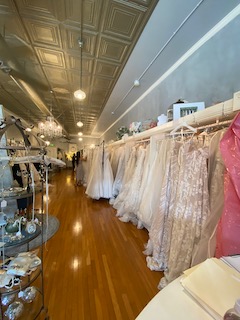 the sales clerks really knew their stuff - they could tell each bride which racks to shop from just by a quick glance.  dresses were all separated by size, and the three of us hustled right over to start flipping through them.  it didn't take too long to find a few styles that checked the boxes that the old lady had detailed for us, and the frenzy to try on began. 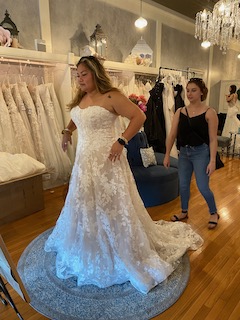 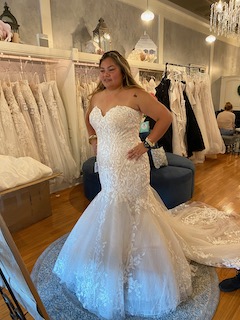 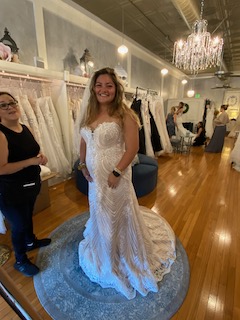 she instantly fell in love with the first and third dresses, and they both fit her like a glove and were just so  beautiful and flattering.  did i cry?  well, of course i did.  and as we continued to debate between the two dresses, it occurred to us that one of them was a perfect ceremony dress, while the other seemed destined to be worn as a reception gown.  and so that's how the old lady ended up with two dresses. 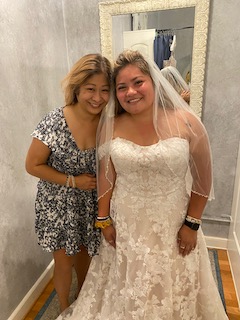 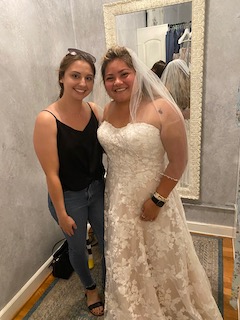 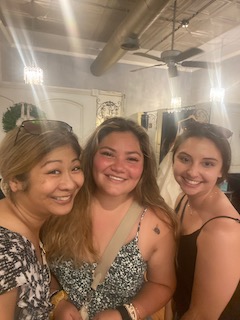 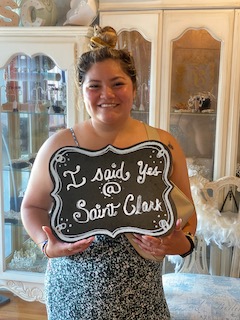 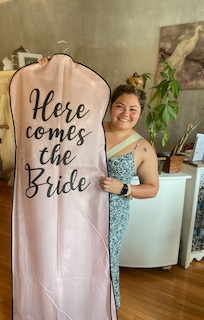 the dresses stayed zipped in the bag, hidden away from prying eyes for months in the bean's closet until it was time to take them for alterations.  the bridal shop gave her a bit of an attitude when she called to schedule fittings, which we didn't love.  a quick yelp search brought us to a little shop in brea, where the owner greeted us warmly and had her try the dresses on so that she could see what needed to be done. 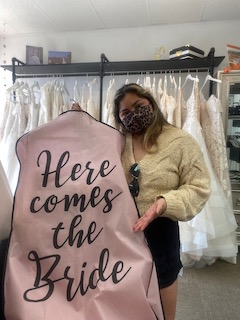 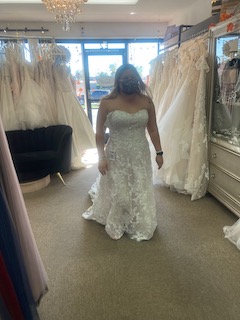 a couple of months later, we returned for the second fitting. 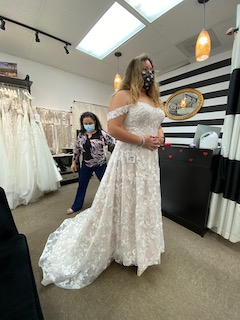 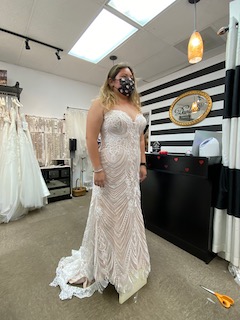 and then, the third.  she'd been working her tail off at the gym and following a great meal plan, and the seamstress jokingly scolded her for adding to her workload. 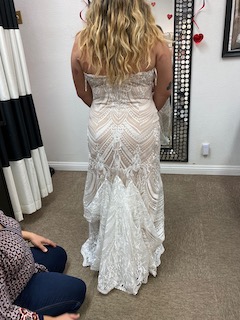 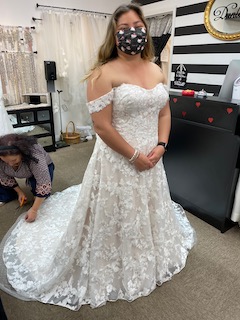 the final fitting was a mere week before the wedding, and then we picked up the finished dresses the day before we took off for hawaii. 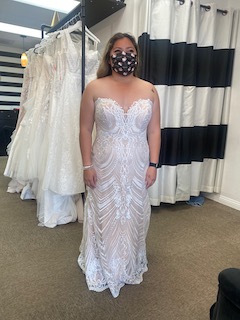 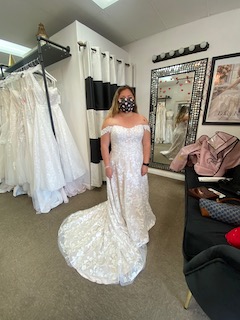