the bean's cheer team had not only qualified, but earned a fully paid bid to the quest competition at disney world.  and so we found ourselves heading out to florida for the third year in a row, and just like the first time it was just the two of us.  the hub had gotten his fill of disney world last year, since he's not as big of a fan as we are, and this way he'd be home to stay with the dogs and everyone was happy.

he booked us flights out of ontario this time, which was extra nice because LAX is always such a nightmare.

time to take off: 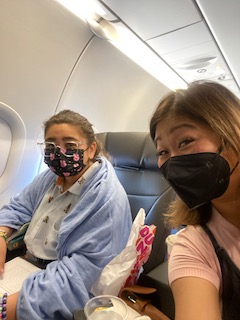 as usual, she was asleep pretty much as soon as we took off, snoozing right through lunch. 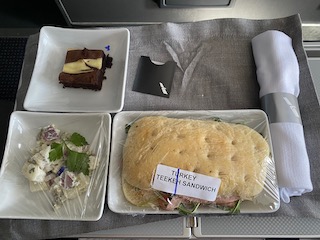 it wasn't a nonstop flight, and we landed in dallas a few hours later where we were happy to stretch our legs, find a snack and grab some food. 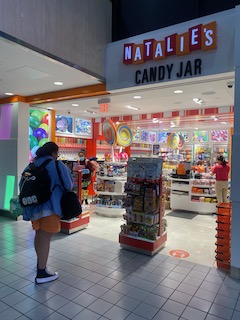 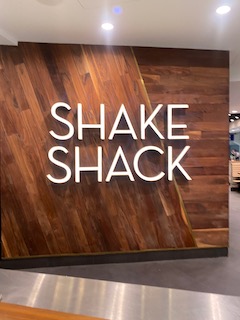 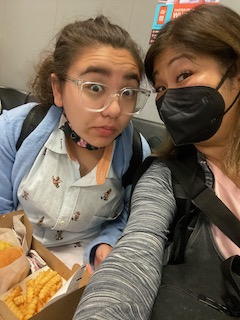 we had just enough time to wolf down our food before it was time to board the next plane. 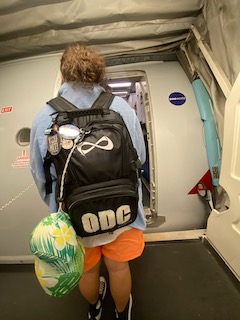 the little dish of warm nuts was the source of many jokes, mostly from me because i'm forever ten years old. 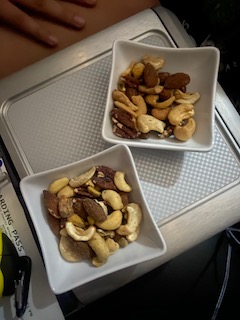 it was past 10pm local time by the time we finally landed in orlando. 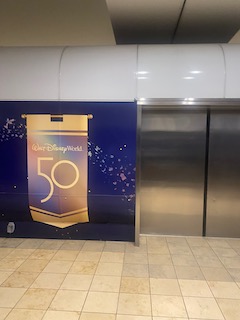 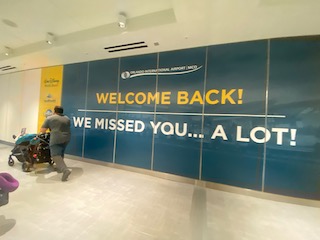 by the time we were able to grab our luggage and make our way to the rideshare pick-up area, it was pretty late and we were really dragging from the long day of travel.  we were pretty relieved when we finally got to the resort. 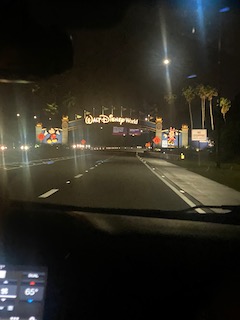 i'd managed to score us a room at the swan hotel, which is one of disney world's "good neighbor" hotels.  it's on resort property but not actually run by disney, and the building we were booked in was brand new - built during the pandemic - with a great location pretty much right in the middle of the property and within walking distance of two different theme parks. 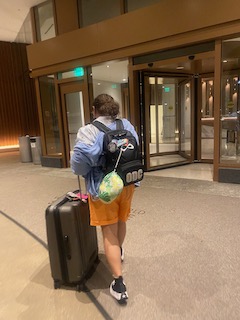 check-in was easy peasy, and then we were finally in our room where we collapsed into bed and went to sleep almost instantly. 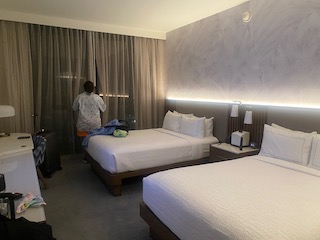 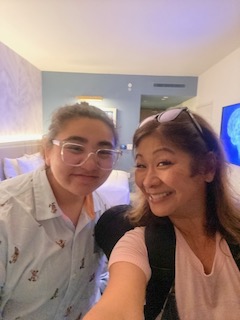 yay for being back at disney world!  woohoo!!

Email ThisBlogThis!Share to TwitterShare to FacebookShare to Pinterest
Labels: disney world, leaving on a jet plane