ages ago, two of my bacon-loving buddies each sent me an e-mail with a link to this recipe for bacon jam. as i perused the directions, the cooking time (2-3 hours!) made my brows go up into my hairline, and i bookmarked it and went on my merry way.

and then last week, after we got home from our trip to big bear, i was the lucky recipient of some leftover groceries we'd bought for the weekend. can you guess what was tucked in the bag? 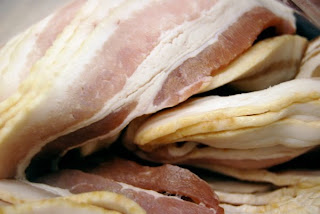 there was quite a lot of bacon there, which i certainly wasn't complaining about, but it was from the butcher's counter and i wasn't sure that i could still freeze it for use later. and so as i perused my bookmarked list of bacon recipes, i decided it was time to...well, jam on it. heh.

i started cooking up the bacon in a big, heavy pan. 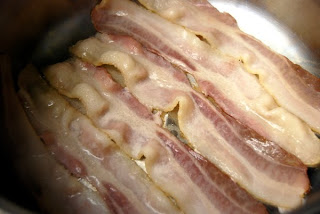 while it sizzled and filled the kitchen with its tantalizing smoky, porky aroma, i chopped up an onion and peeled and minced some garlic. i'm typically super lazy and use pre-chopped onion and garlic, but this recipe demanded the good, fresh stuff. my eyes were burning and tears were streaming down my face, but i soldiered on. 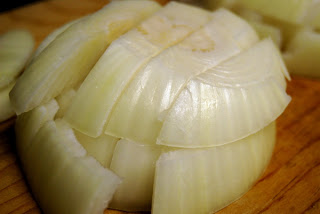 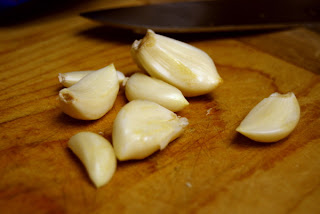 pretty soon, my batch o'bacon was all cooked up nice and pretty. i pulled it all out and laid it on a paper towel-lined plate to drain and cool. 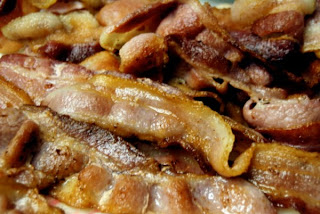 that bacon grease didn't go to waste, though - in went the onion and garlic to cook for about 10 minutes. the smell that wafted up from that pot was heavenly. 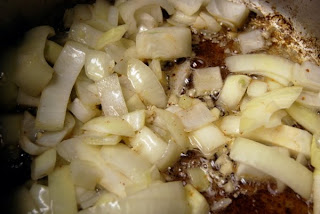 i chopped up all the bacon into 1-inch pieces and then busted out the ingredients for the next step. 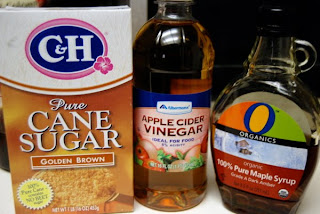 by then, the onion concoction had softened and become translucent. 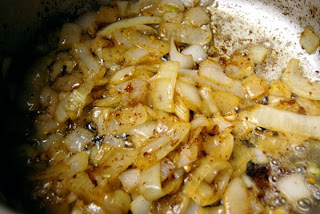 i scraped every last bit of those bacon pieces into the pot. i didn't even let myself snack on a single bite - are you proud of me, or what? 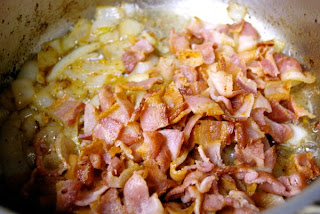 i tossed in the brown sugar, maple syrup, and apple cider vinegar and gave it all a good stir. 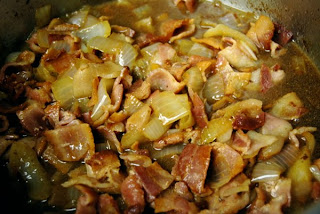 after the stuff came to a boil, i lowered the heat to a simmer and left it alone. after half an hour, it looked like this: 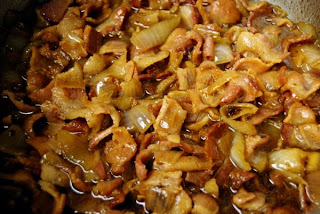 after the first hour: 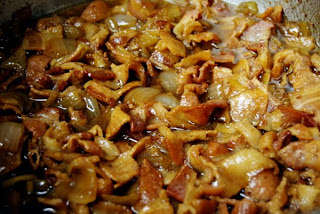 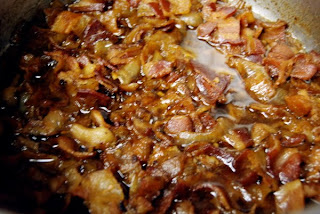 around the 2-hour-ish mark, i decided it was done. most of the liquid had evaporated and the jam had cooked down to a deep, rich, dark brown. as the recipe said, i couldn't see the difference between the onion and the bacon anymore, and that meant it was done and ready for a whirl in the food processor. or, in the wan kitchen, the baby food maker. 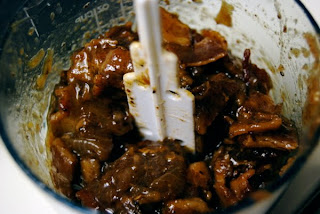 looks like vomit, doesn't it? but i took a quick taste and oh boy, was it good. all warm and gooey with a little sweet mixed in with the savory. and this was before i mixed in the paprika and sriracha sauce! 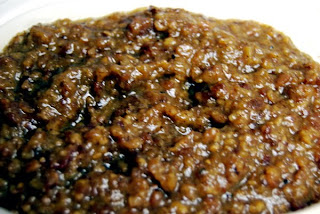 yesterday, i decided that my lovely bacon jam deserved something special to go with it, and so i mixed up a batch of yummy pretzel bread. making it for the third time was super easy, and i even managed to keep my loaves looking like the picture on the recipe. yay! 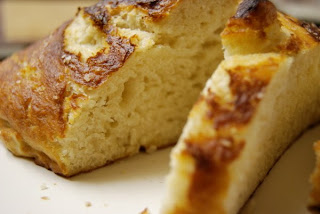 i took a bit of that bacon jam, cold from the fridge, and smeared it onto a slice of warm bread. 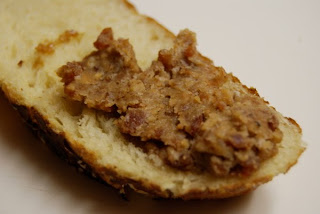 fanTAStic. really! yes, i realize it still looks like vomit, or dog food perhaps, but i don't care. it's so damn good. i think i'll zap the jam in the microwave for a few seconds the next time i eat it, though, because it was so much better when it was all warm and gooey.
mmmm. breakfast has just been kicked up a notch to "fantastic."
at January 12, 2010