i took all last week off from running.  i was actually going to go for a short-ish run on wednesday and even got all dressed and everything, but the hub totally twisted my arm and sent me off for a massage instead.  heh.  and of course, it was fabulous - although rather torturous in parts (namely, my entire lower half), i walked outta there feeling like a new woman.  my legs were completely back to normal again!  so awesome.

and then when i saw a twitter exchange between my friends y4m and insomniac about hiking up to the hollywood sign, i totally invited myself along.  okay, that's not true - y4m basically opened it up to anyone who wanted to go.  i decided to consult the google for information on what i was getting myself into, and found a great blog post that outlined exactly what we'd be doing.  i hadn't been on a hike in ages and ages, so i was excited - especially going with friends.

so as the hub and the bean took off to go to "daddy & me day" at preschool, i threw on some yoga pants, a hat, and my old, worn-out pair of running shoes (y4m had said that the trails are easily walkable in just about anything, and tater seconded that as she'd done it in rainbow flip flops once) and headed out west.

as i got off the freeway and headed towards the park that was our meeting place, i passed this sign: 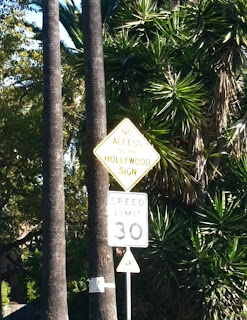 i guess the neighborhoods in the area deal with a lot of tourist traffic, folks thinking they can just drive up to the iconic sign.  guess what, people - you've gotta haul your ass up there on foot.

i managed to find a spot in one of the parking lots near the entrance to the trail, and got out to walk around a little and warm up. 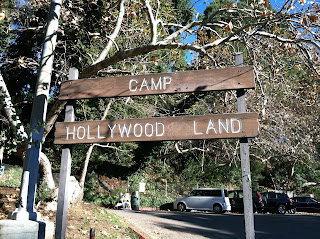 with zero cell phone reception up there, we had a little trouble finding each other, so we got a later start than we'd planned.  no biggie.  and when we finally got together, we decided to take the optional side trip and see the "batcaves" - where the 60s batman tv series did some filming back in the day.  it took all of ten minutes.  duh-nuh-nuh-nuh-nuh-nuh-nuh-nuh, BATMAAAAAAN! 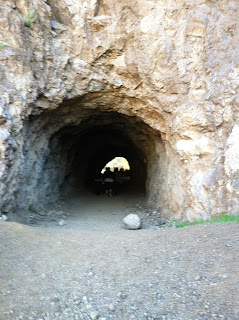 we walked through the cave and at the other end found a hiking group and another bunch of folks doing some filming.  and outside, a lovely view of the sign.  it was such a beautiful, clear day. 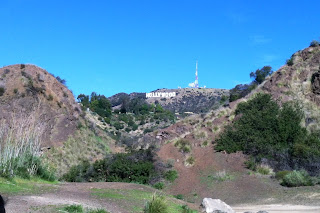 really, we couldn't have chosen a better day to do this.  there was such a great view of hollywood from not too far up. 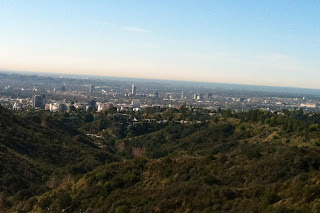 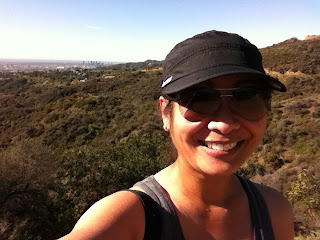 a little farther and we passed a trail that led down to sunset ranch, which offers rides on horseback. 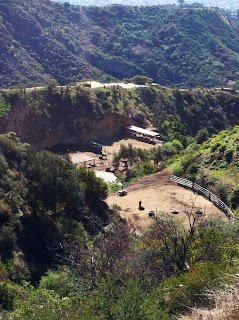 poor insom, our poo-aphobic.  there were land mines all over the place for a little stretch of our hike, and she kept getting stuck as she tried to pick her way carefully around them. 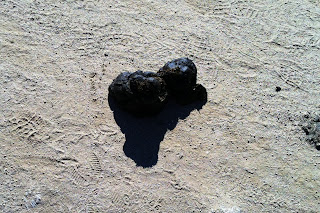 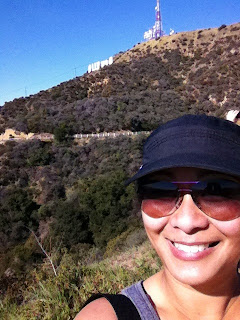 you can't really see from this picture, but at this point we were at such an angle that it looked like the sign said "ohllywood."  heh. 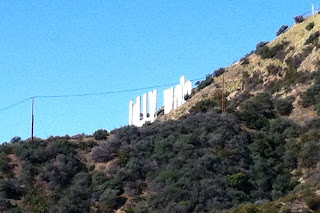 around the back of the mountain, we were treated to a gorgeous view of the burbank/glendale area. 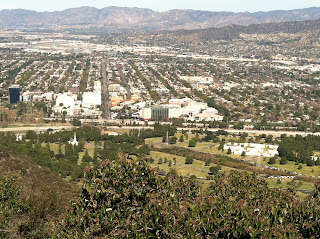 and around the corner, lake hollywood reservoir. 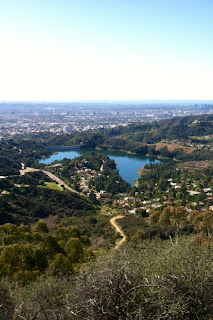 there's a giant fence up at this part, where you find yourself behind the letters.  and they aren't kidding around with this - cameras are watching. 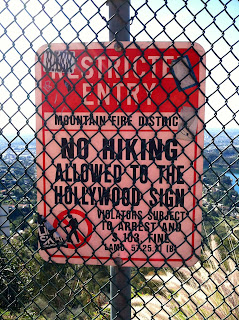 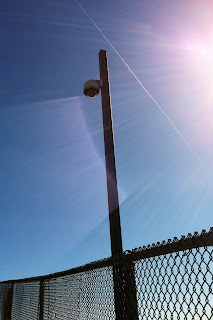 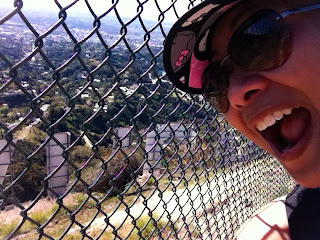 plus we were right next to this monstrosity of a cell phone tower: 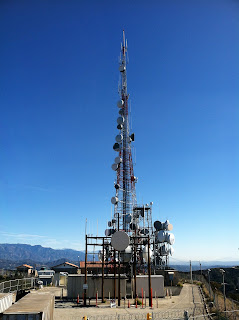 up at the very top of the hill, which required careful climbing in my running shoes, we found the survey button placed by the group who'd measured the height of the peak. 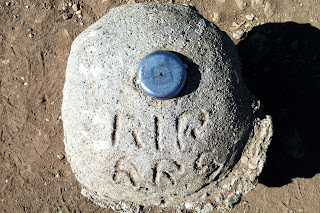 i'm the king of the world! 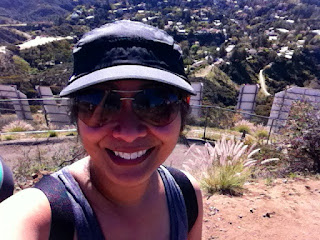 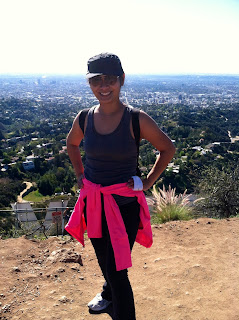 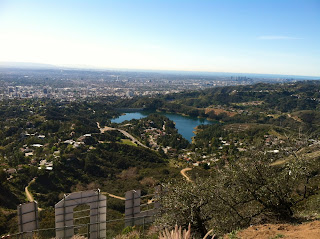 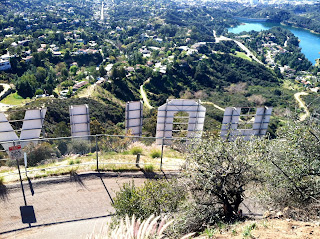 as we began our descent, y4m (who'd done this hike quite a few times before, living only minutes away) pointed out this little sign, which has either worn away or been picked at by others - it used to say "you made it!" 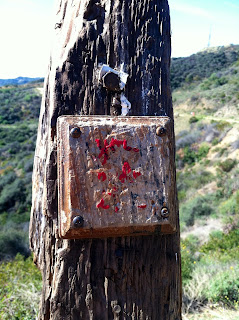 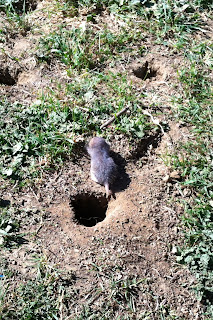 all in all, it was a 6.5 mile hike that took us about 2.5 hours to complete, with stops for pictures and water breaks and just to catch our breath.  it was fairly steep on the way up, but with lots of lovely flat sections, and then easy breezy all the way back.  we carpooled to pick up y4m's hubby, and then we headed here for brunch. 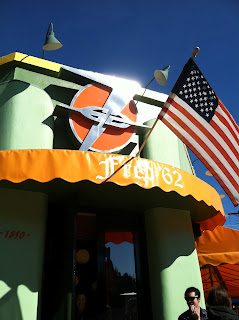 such a great day!  and i was on such a high from the experience that i immediately sent a picture to the teen and rock-ell.  i suggested that we go next weekend, so it looks like i get to repeat the experience with the good camera.  and maybe some snacks.  well, snacks for sure.  heh.

let's just hope the weather cooperates.  oh, and that i can somehow get rid of the sick ass tank top lines i got along with my vitamin d fix.  ugh.