so, the hub and i were pretty happy to find that we were able to use both yelp and uber in london.  made it easy for us to find somewhere to have our first dinner, and uber came right to the front door of our hotel to take us there.

it was late, and by the time we got to flat iron it was about an hour until closing time.  still, the host at the front door was friendly and managed to get us seated at the bar downstairs since all of the tables were occupied.  he brought us some popcorn to munch on as we perused the menu, and it was salty and delicious. 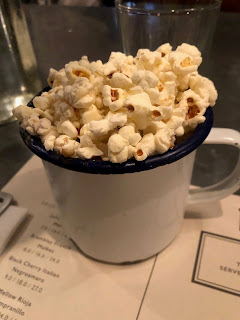 how cute are the mini meat cleavers?? 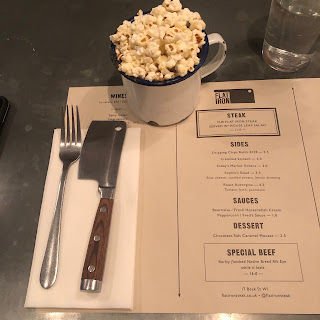 we both went with the flat iron steak, and ordered a bunch of sides to share.  fries (chips!), creamed spinach and something called roast aubergine that was cheesy and savory and delicious. 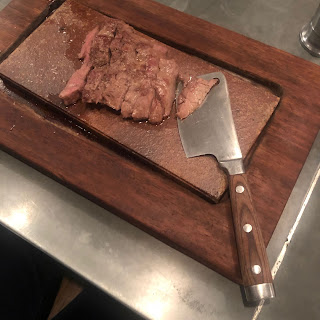 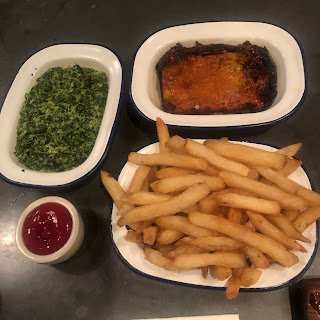 after dinner we decided to walk around and found ourselves on carnaby street, a super cute area that was packed with shops, bars, and restaurants. 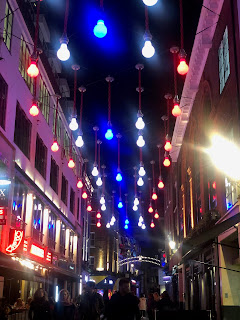 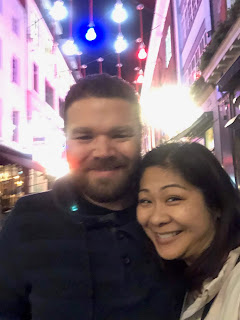 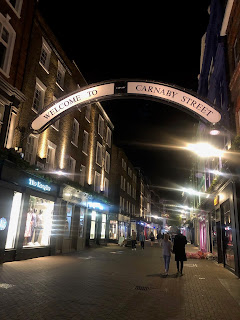 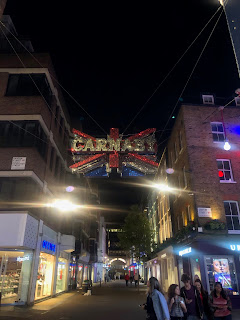 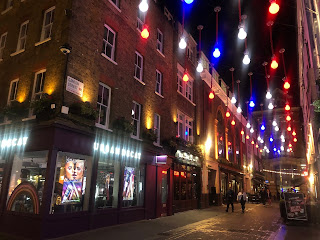 we spied a theater across the street, and wondered who fans might have waited for and met at the stage door after watching performances. 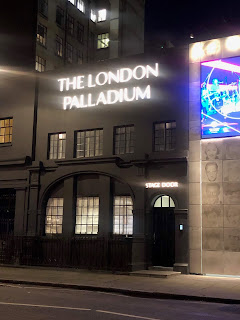 i never knew that vans were such a big deal here.  i saw people of all ages wearing them as we walked around. 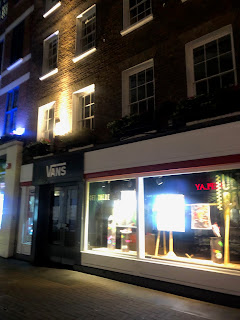 and then we turned a corner and found kingly court, a cute little courtyard packed with more eateries and a couple of bars upstairs that looked like the place to be. 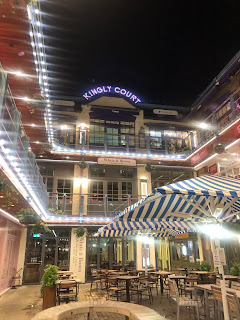 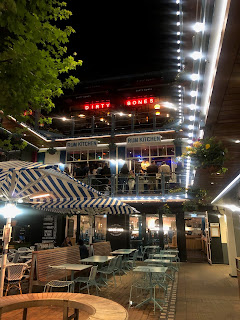 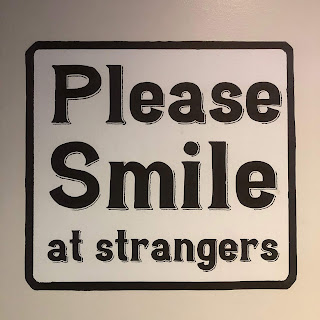 outside, we crossed the street and realized we were in piccadilly circus.  there were lots of people hanging out and walking around despite the late hour. 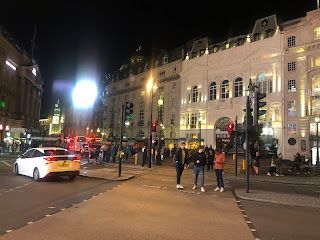 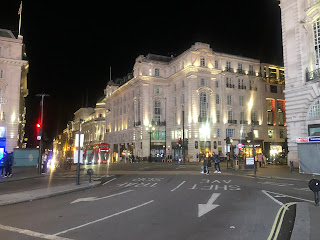 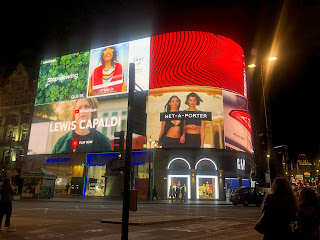 we kept on walking, trying to make our way back towards our hotel, and passed the super swanky ritz, with the hotel, restaurant, club, and - well... 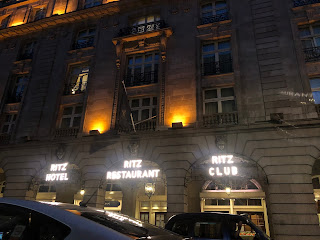 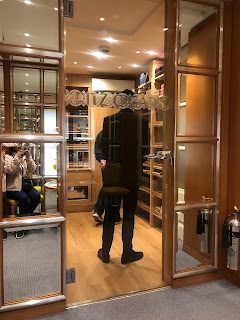 he selected a few cigars to take with us, since it was almost closing time and we weren't properly dressed anyway.  a jacket and button-down shirt are required to sit in here and smoke a cigar.

as we continued to make our way towards the hotel, we passed this monument that had been dedicated by queen elizabeth herself during her diamond jubilee celebration. 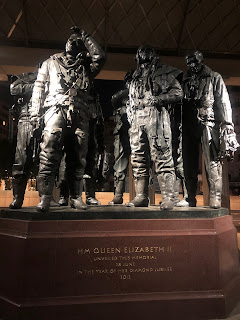 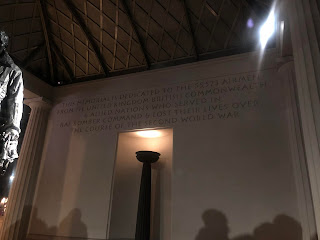 and then we realized that we were standing on the road that leads to buckingham palace. 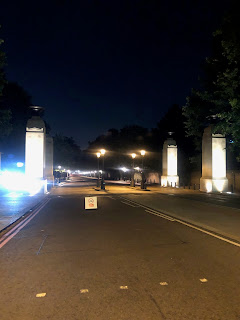 we were curious as to why the road was closed to all traffic, and there seemed to be lots of barricades and police milling about.  we'd heard that there was a bank holiday the next day though, so maybe there was some sort of fun event planned.

in any case, after we finally gave up and decided that we were too beat to walk all the way back, we caught another uber that took us right back to the front door.

and that's how we ended our first day of our somewhat impromptu european vacation.
at June 03, 2019

Email ThisBlogThis!Share to TwitterShare to FacebookShare to Pinterest
Labels: london baby, off to see the queen