when we got back to the city after our stonehenge extravaganza, we decided to do a little browsing around.  and somehow, we magically ended up right in front of the cigar lounge that the hub had been dying to check out.  funny how that happens. 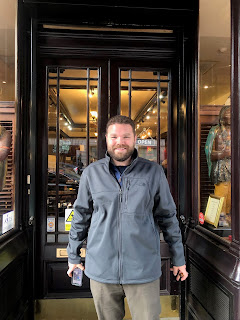 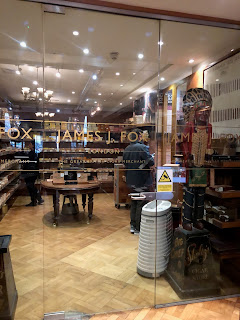 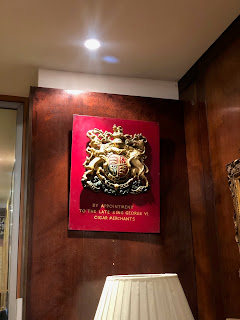 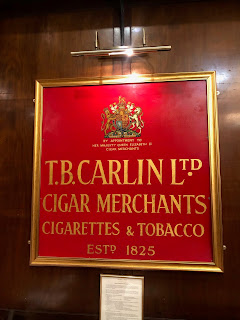 i couldn't decide if i was amused or frightened by the required signage on each box of tobacco product. 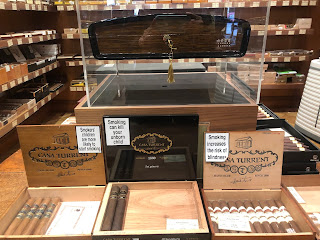 the hub was in heaven, having found the upstairs lounge where he could enjoy his cigar while catching up on work emails with a view of the street down below.  that gave me the perfect opportunity to head out and walk through some of the shops and see if i could find some fun stuff to buy.  i'd checked the weather report, which had changed considerably since we left, and i realized that the cold weather clothing i'd packed wasn't gonna work for the whole trip.  darn.  heh.

i'd spotted this shop during our previous evening walks, and wondered what was inside.  and because i was on my own and could do pretty much whatever i wanted, i went in. 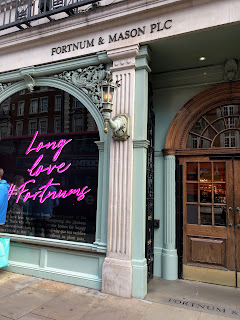 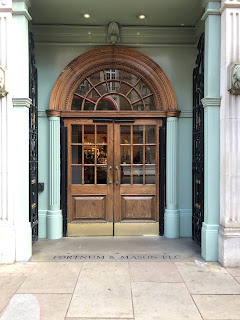 it was a beautiful shop with all sorts of fun stuff from tea to truffles to wine to flowers and everything in between.  kind of like the neiman marcus of snack shops.  i was enthralled by the walls and displays of various varieties of tea: 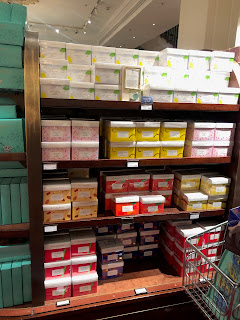 and i was having so much fun looking around and trying to choose a few things to pick up that i forgot to take pictures.  i did get this of the staircase that led down to the lower floor, where you could pick up wine and other stuff. 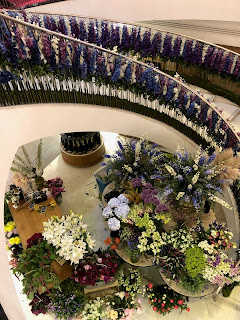 after scooping up some tea and fancy chocolate, i headed back outside to see what else i could find.  i wandered somewhat aimlessly and found myself going down a side street with a fun name: 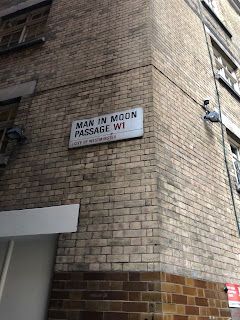 when i got through that passage, i emerged onto another street that looked just like a studio backlot. 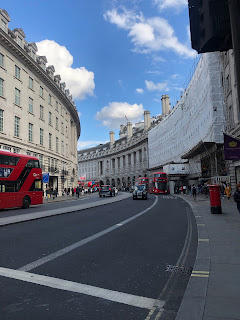 a little further away and i found myself back on that street that the hub and i had discovered after dinner at the flat iron: 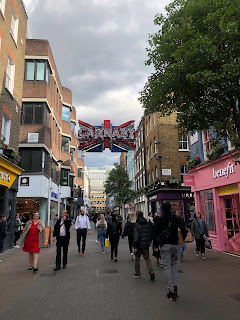 i knew that meant that there were tons of stores and restaurants and bars nearby.  i decided to do a little browsing here, where i picked up a couple of short sleeved tees in solid colors that i could wear with all of the other bottoms i'd packed: 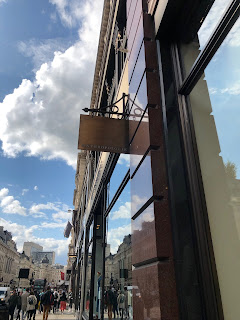 and then across the street... 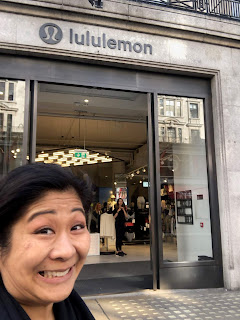 i was mainly looking for london-exclusive items, and i managed to find at least one: 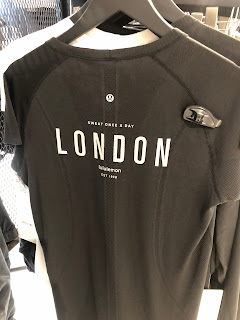 too bad for me though, because there were only a couple of them on the rack and neither of them were my size.  bummer.

i also found another old friend: 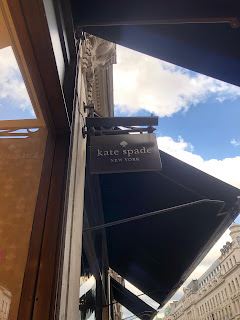 and she was having quite the blowout sale.  most of the shelves were included in this sale, and while i would have loved to scoop up some of those pretty colors, i held myself back.  mostly because we didn't have room in our luggage to put it in, but also because i was trying to be practical since i really don't need to add more kate spade bags to my collection.  i dragged myself out of there without a single purchase. 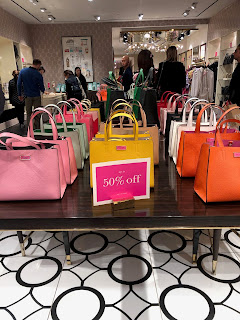 on my way back to meet up with the hub, i passed quite a few fun shops. 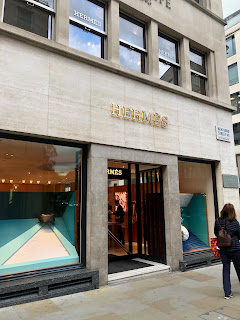 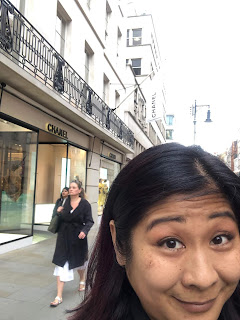 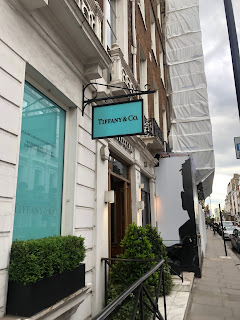 the hub was happy and relaxed when i found him upstairs, and he was recharged and ready to go.  we took a nice stroll through the park: 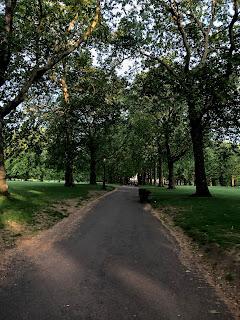 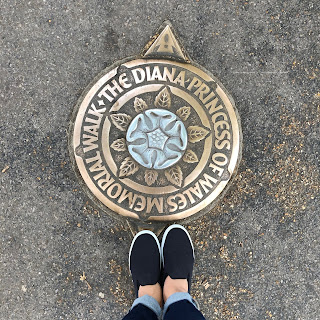 and found ourselves at buckingham palace again.  this time, it was a non-holiday weekday and much, much quieter than the first time we were there.  AND the queen was in residence! 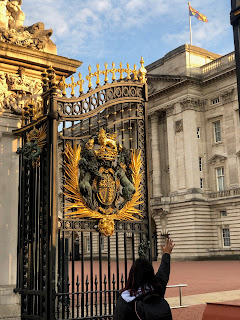 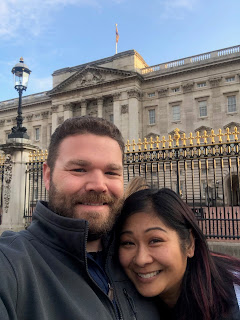 we were pretty amused at the guards, who walked back and forth with a lot of arm flailing and foot stomping. 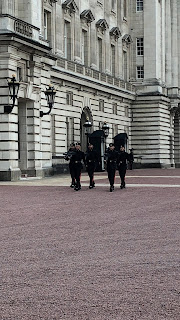 it was after 8:00 by then and still so light outside.  i remember how we all tripped out about that when we visited europe the first time in 2013.  it kind of throws you off, because you think it's still afternoon when in fact, it's actually way past dinnertime and then you realize that's why your stomach's been all rumbly.