with our disney paris extravaganza behind us, we slept in the next morning.  actually, we didn't just sleep in...we pretty much spent the entire day alternating between dozing and chatting.  the long days of walking and sightseeing had caught up to us and we were just exhausted.  like, we didn't even emerge from the room until damn near 4 in the afternoon.  i don't usually like to spend that much time in the hotel room on vacation because there's always so much to see and do, but obviously my body was crying out for some rest, so i gave it to her.  we had the window open and enjoyed the fresh air and the sounds of paris below us: 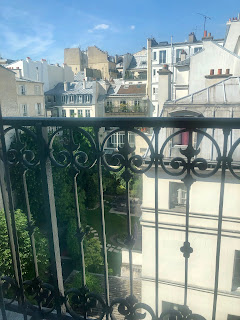 the weather was perfect.  it was a nice change from the clouds we'd had the day before, and with the forecast in the 70s all day, we were ready to get out and do some exploring.  we were fully rested and skipped the elevator, taking the stairs down to the lobby level. 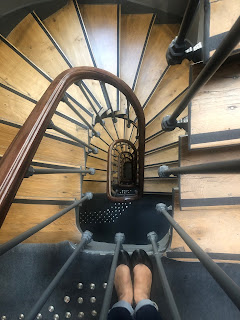 we peeked in the dining room to see if there was anything interesting in there.  while the hub grabbed a glass of water, we checked out this contraption that dispenses wine.  kinda cool, right? 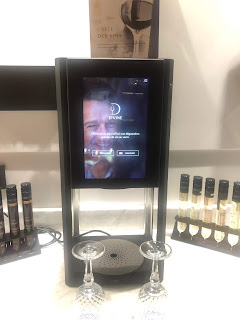 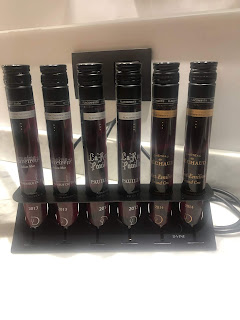 outside, we strolled past all sorts of shops - seafood, cheese, produce, bakeries.  everything was so colorful and displayed so nicely. 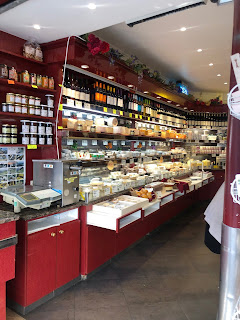 we managed to find our way into a huge department store that had this on the ground level (no, we didn't stop this time). 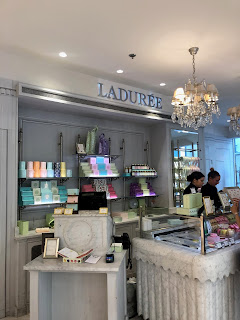 and because the hub is a closet instagram addict, he pulled up directions that led us to this popular photo op spot: 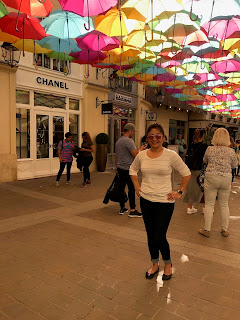 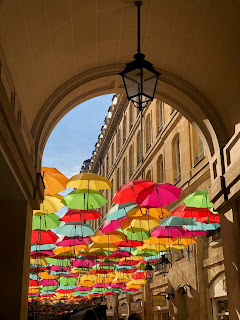 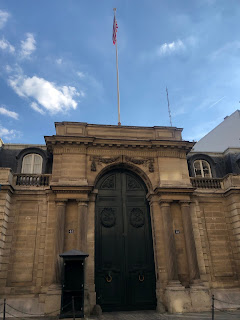 just down the street from that was a christian louboutin store.  we always get a kick out of eyeballing their wares, so we went in.  and we weren't the only ones, because there were a few people waiting in line to go upstairs.  i stood in the line while the hub sat down and caught up on a few emails. 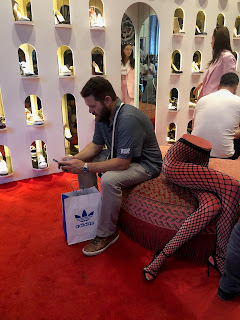 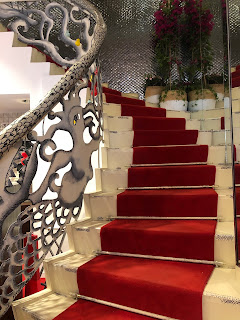 back outside, we passed what we dubbed "the french white house."  president macron was apparently hosting some officials and the street was blocked off to traffic.  we stood at the end of the street while the hub checked out the map on his phone, and i stealthily snapped this while the cops weren't looking.  funny though, as soon as i did they approached the hub and asked us to move along because they thought he was taking pictures.  oops. 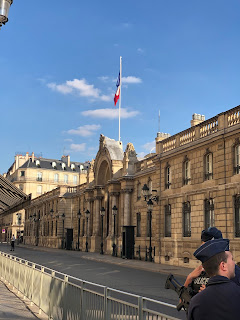 i seriously can never get enough of looking at the eiffel tower. 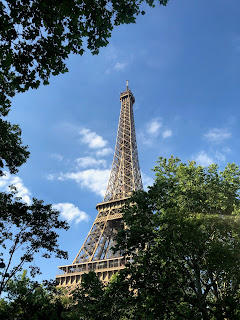 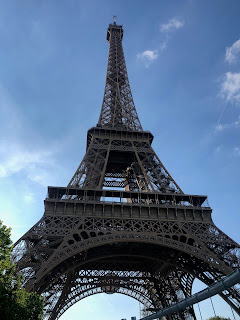 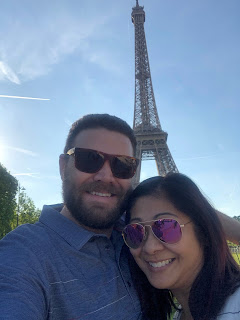 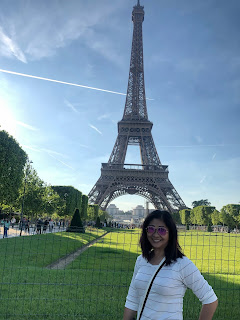 we heard a weird buzzy kind of noise overhead and when we looked up, we realized there was someone ziplining right over us.  crazy.  i looked it up and it was a promotion by perrier that coincided with the french open.  you had to enter via their instagram page and then they drew names at random to experience the 55mph ride at 375 feet in the air.  nope nope nope.  you have to look really closely at the tower pic, but you can totally see where the zipline is set up. 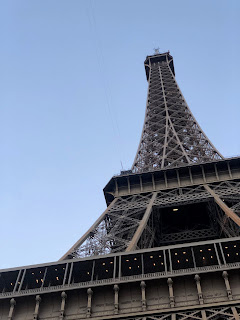 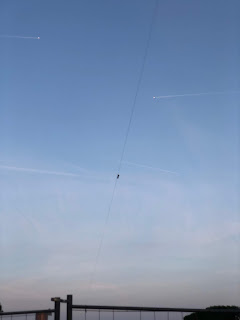 as we continued to walk aimlessly, we found ourselves across the street from the hotel we'd stayed at with the girls.  and we were hungry, so we decided to grab a table at one of the cafes we'd eaten at with them. 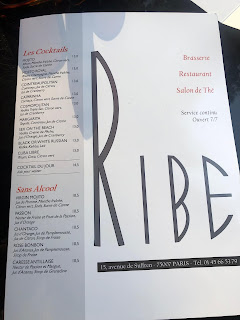 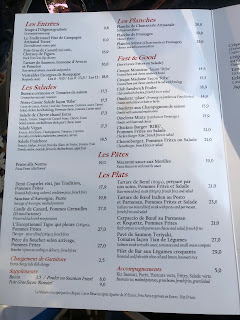 i hadn't had any coffee that day, so i ordered up a nice cold cola to wash down our burrata salad and charcuterie plate. 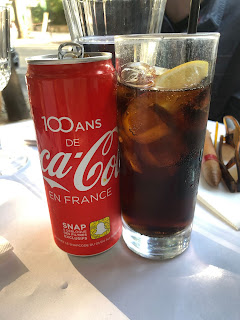 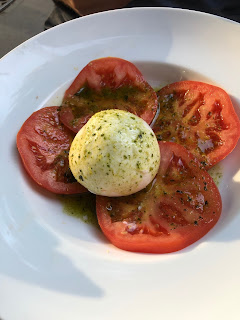 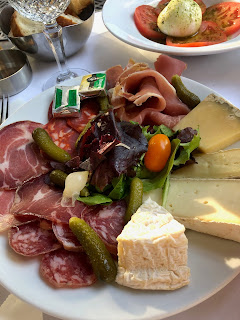 another peek at the tower as we walked.  it's still so crazy to me that this was almost 10:00 at night: 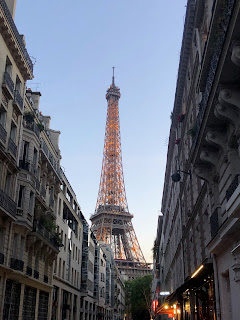 and then we stopped on the bridge watching the river cruises glide by. 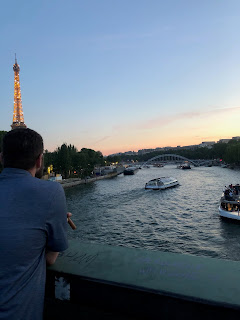 i'd forgotten that this happens every night at 10:00.   i kind of missed being able to see it from our hotel room window.

caught another glimpse of the champs elysees before grabbing an uber back to the hotel. 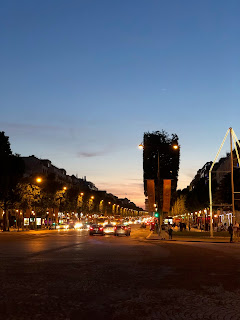 it was a short and sweet stroll, but we managed to make the most of the time we had left in that day.
at June 19, 2019