yup, those are some big ass rocks

we had an early-ish wakeup call for the one excursion we'd booked for london - a trip to stonehenge.  admittedly, i really don't know much about it aside from the giant standing stones, but i kind of regretted not seeing it the last time we were in the UK and so the hub indulged me (as he usually does).  uber took us from our hotel to the bus depot, dropping us off with plenty of time to spare.  after peeking inside at the snack bar and not really finding anything that looked good, we ended up at a familiar spot just across the street. 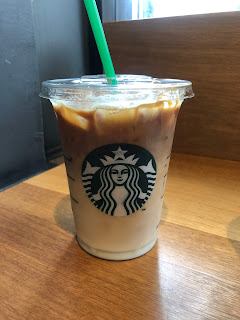 as we headed back into the depot towards our bus, i spotted one of many buses taking huge loads of harry potter fans to the warner bros. studio tour. 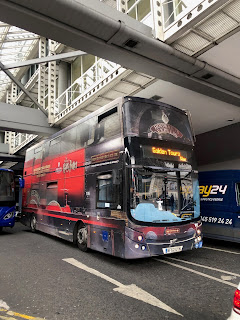 we found our group pretty easily and got in line to check in and board the bus. 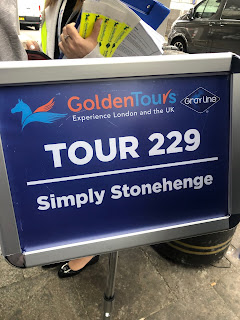 the bus ride was pleasant enough, with the driver pointing out various sights while we were still in the city.  the seats were comfy, and it wasn't a terrible way to spend the hour and a half that it took to get out to stonehenge.  and then as we were driving along the freeway (highway? same thing), he hopped back onto the mic to tell us that he'd spotted the queen and her entourage on the other side, heading back to buckingham palace from her weekend stay at windsor castle.

and in no time, we were there: 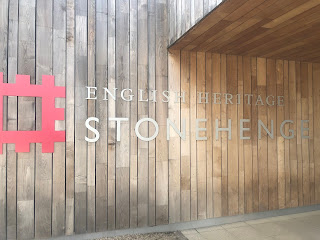 it was a beautiful, chilly day.  there were lots of others already there, and while our tickets were supposed to include the little headsets that would provide a self-guided narrated audio tour, the driver informed us that there weren't any more available for us to use.  bummer. 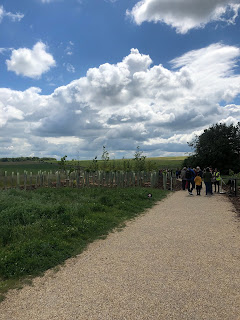 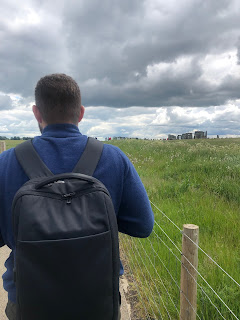 it was a pretty short walk from the buses to the main attraction. 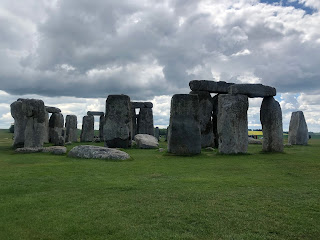 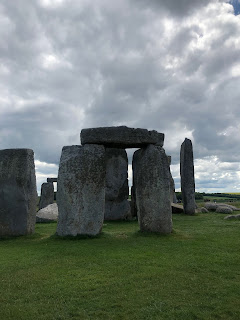 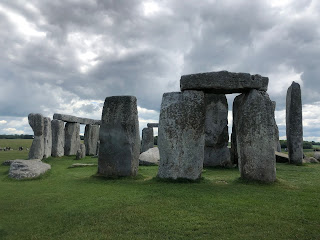 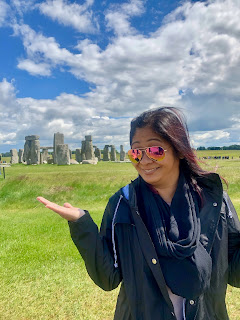 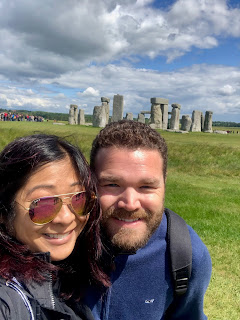 there really wasn't much else that we could see, and how many different pictures do you really want of a collection of gigantic standing stones?  i took a bunch, made a few outlander-themed jokes about touching them and going back in time that the hub didn't get (and yes, i know outlander is in scotland) and then failed miserably in getting a fun jumpy picture with the stones in the background. 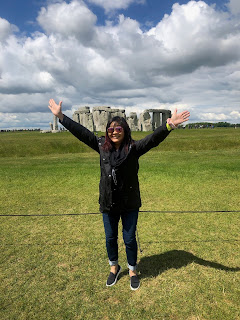 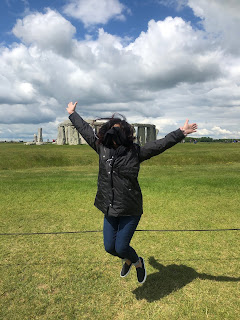 no idea what this was, but i'm willing to bet it has some significance we didn't learn about due to the absence of our audio tour. 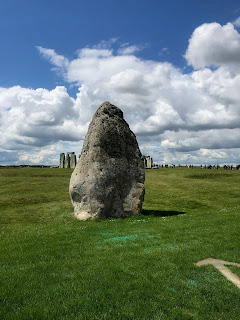 one last attempt at a stupid tourist photo: 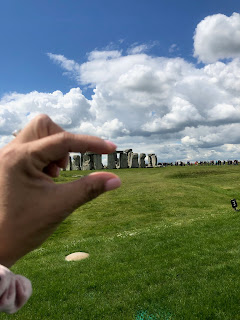 it was super crowded. 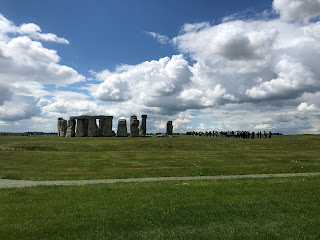 we made our way back to the bus, which took us back to the visitor's center where there was a gift shop (duh) and a cafe.  with a full hour left before we had to be back on the bus, we stopped in to pick up some souvenirs.  i didn't grab one, but i did wonder what "luxury fudge" was. 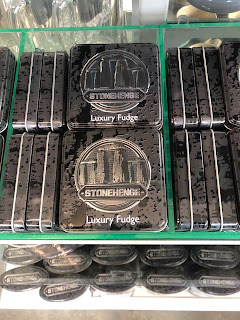 in the cafe, we picked up some sandwiches and perused the case full of fun bottled drinks. 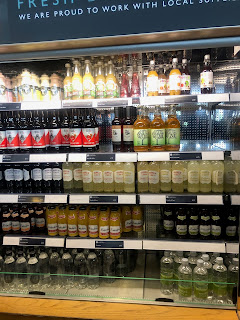 i went with the smoked salmon and cream cheese sandwich, washed down with this super delicious salted caramel milk.  i'd actually picked up the strawberry & clotted cream flavor first, but when i saw this one i knew i had to have it.  and it was delicious. 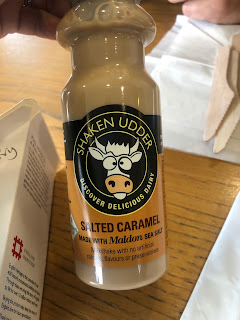 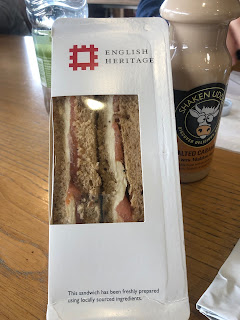 i do still kind of regret not trying that strawberry, though.  i do love me some flavored milks (much to the disgust of the hub).

we also ordered a steak pasty to share, even though he's not a huge fan of meat in pie.  but trying local specialties is always a good time, so he sucked it up and picked at his half. 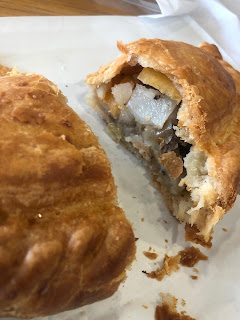 the drive back was uneventful and relatively quiet, with the driver having to maneuver through a ton of traffic and sporadic bouts of heavy rain on the way back.  and with the option of being dropped off somewhere in the center of town vs. the bus depot, we got off and walked through the rain (which had let up considerably) to find our next adventure.

man, i do love traveling without too much of a schedule to stick to.  you just never know what kind of shenanigans are around the corner.
at June 06, 2019