the calm before the storm

it's been a week, guys.  nothing particularly extra to report, and just kind of working through my emotions over yet another school shooting.  it's all just so much to process, and my heart goes out to the entire community of santa clarita.

on a happier note, the bean made the principal's list for her first trimester of junior high.  she earned straight As (and mostly A+ at that) despite juggling cheer, 4x/week sessions at mathnasium, girl scouts, weekly bible study and her mother's constant nagging.  i was a little annoyed that the school didn't notify me that she was receiving this during the awards assembly, and when another parent complained on their facebook page their response pretty much boiled down to "the assembly has been on the calendar and you got their report card so you should have known."

well, i did see the report card.  and i did know there was an awards assembly.  but we're new to the junior high thing and every other year they've always sent out an email to let us know that our kid was going to get an award so that we could plan to be there if we were able.  oh well.  the award doesn't mean any less without me there to see her accept it. 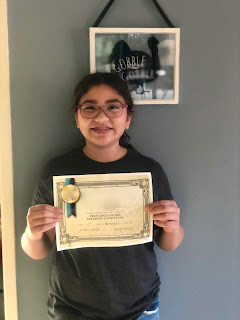 the hub and i have made it a new tradition to take her to school together on friday mornings, packing the dogs up into the truck and heading to school for drop-off.  we pull in, she hops out, the dogs cry for a few minutes over her absence and then we head to the starbucks drive thru for some caffeine.  it makes for a nice way to kick off the weekend. 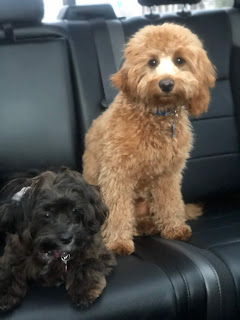 speaking of the dogs, they decided to create themselves a nice new doggy door when they busted right through the screen door in our bedroom.  d-oh! 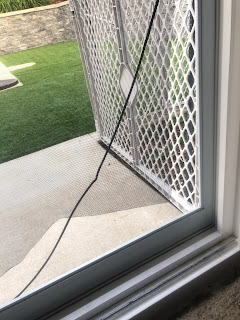 the bean has her cheer showcase this weekend, an extra couple of hours of practice and then their first competition next weekend.  the competition season is upon us, which means we're going to be pretty busy almost every weekend from now through march.