yet another santa sighting

a couple of weeks ago, my buddy lilcee alerted me to a fun freebie sponsored by lifetime - yes, the home of cheesy ass romance and holiday movies.  to celebrate the kickoff of the holiday season, they were giving away free portrait packages with santa at local malls, and you know how i love me some free stuff.  she'd found it pretty early, so we still had our pick of most dates and times.  i figured it'd probably be good to go on a weekday to hopefully avoid crowds, and scheduled ours for the bean's next day off from school...which ended up being on veteran's day.

the closest location for the promo was in glendale at the galleria, and so we hopped in the car and headed out to check in for our 11:30 appointment time.  and just as i'd hoped, there were just a couple of groups in front of us in line. 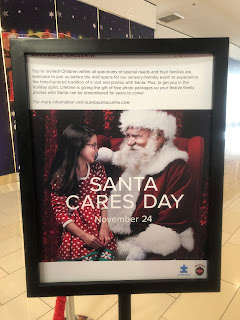 as we waited, i teased the girls about how i was going to stand behind the photographer and make noises and silly faces to get them to smile like i used to when they were little.  they were...not super amused.  and then when it was our turn, they headed over and sat down on either side of santa - who, let's just say, seemed a little less than excited to be there.  he wasn't exactly jolly, he didn't really talk to the girls and i just reminded myself that you get what you pay for.  and that we could still see santa when we finally get to disneyland for more holiday fun. 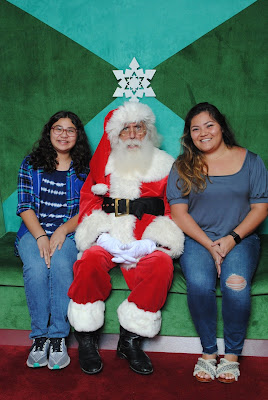 the free package included a bunch of prints that i don't know what i'll do with, plus the free digital download which is really all i was after anyway.  and after we walked around the mall for a bit, we headed outside and crossed over to the americana to find a snack and do some more browsing.  we tried to grab something to drink at coffee bean, but ended up walking out empty-handed since the folks in front of us wanted to inquire about the details of every single drink on the menu.  ugh.  instead, we headed to the laduree kiosk and picked out macarons to nibble on. 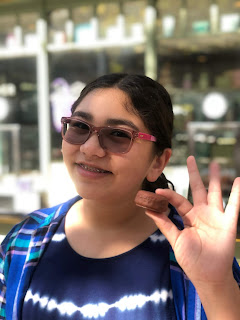 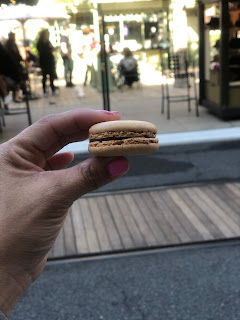 what we were really in the mood for was afternoon tea.  and while we couldn't get into chado tea room in pasadena, which is our usual go-to, we were able to get a table just across the seat at tea rose garden. 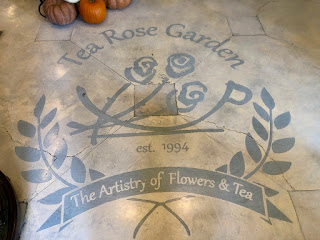 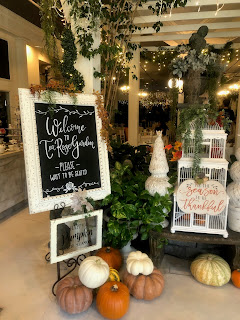 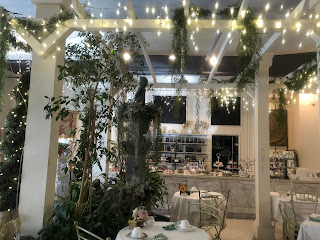 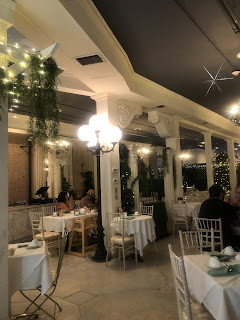 while this isn't our top pick for tea, we were happy to be able to find somewhere with last minute availability.  and everything was tasty and filling, so we weren't complaining.  the old lady and i both got the "rose" tea, which included a salad plus finger sandwiches, a scone, dessert bites and our choice of tea. 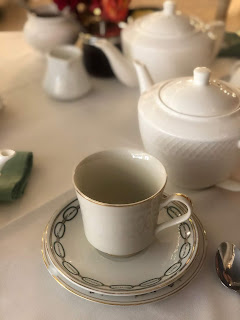 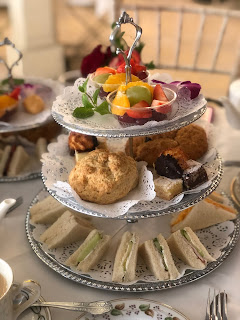 the bean wasn't super excited about the sandwich options, so she went for the children's version instead and had strawberry nutella sandwiches with a chocolate chip scone, a tiny cream puff, a fruit cup and her own pot of tea. 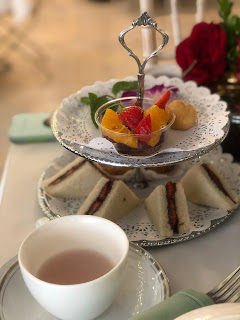 it was a lovely way to spend the afternoon.  none of us could remember the last time the three of us had gone to tea together, so maybe i'll look around for another spot to take them sometime during the holidays.  maybe even disneyland hotel.  hmmmmmm.
at November 13, 2019