the bean's cheer season is winding down, with the last couple of competitions happening within the next couple of weeks.  it's actually going a little later than usual, as my facebook memories reminds me that the end-of-season banquet happened over a year ago by now.  of course, adding the florida quest championships kind of stretched the season out a little further.  the girls have been practicing nonstop and the bean seems to have finally relaxed a little after being super overwhelmed by the higher skill level of the florida team.

we headed down to costa mesa high school last weekend for the second-to-last competition with team "faith."  this time we were trying out a new competition circuit run by a company called world class cheer, and it was pretty interesting to watch the variety of skills displayed by the teams who came to compete.  the hub definitely smirked a little at the "cheer mom" flannel shirt i was rocking that day. 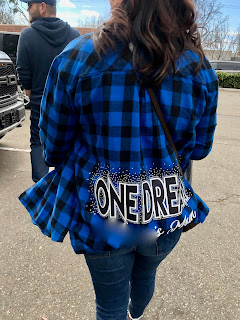 when it was time for the bean and her team to perform, the hub and i found a great spot right in the center of the upper level of bleachers to watch and take photos and video.  here they are running out onto the floor to take their places: 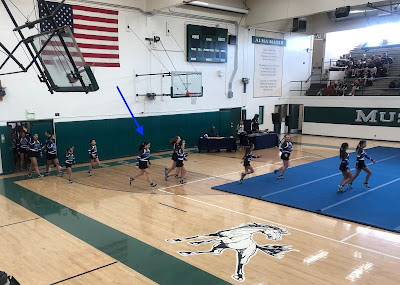 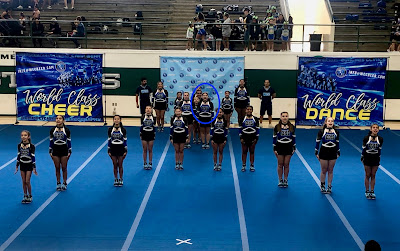 i don't think i'll ever get tired of watching her do her thing.  but hey, at least i've stopped crying at every performance!  that's growth, people.  and here are a handful of photos from this one.  they aren't horribly blurry this time, because i actually took photos instead of capturing screenshots from the video. 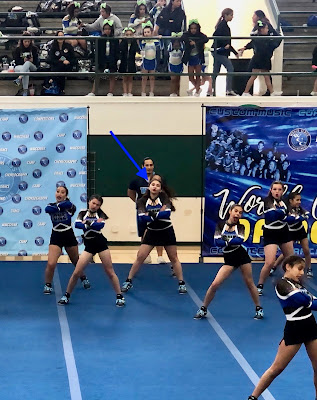 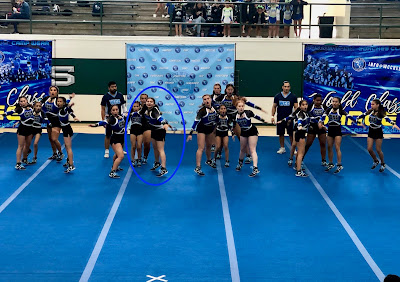 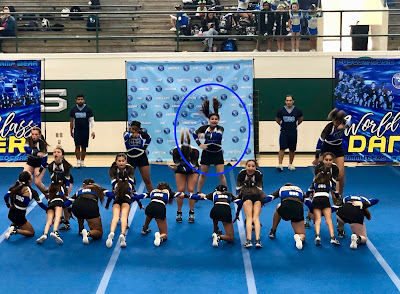 i adore the sassy poses and facial expressions. 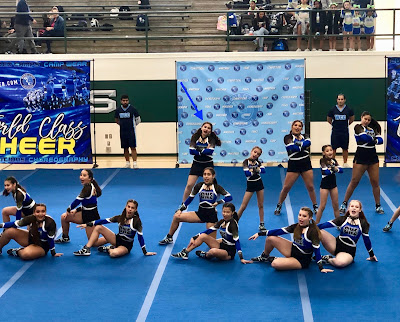 it was another couple of hours before the very last performance (by the oldest of the three squads within the bean's team), and then the emcee invited all of the teams to come down to the floor for the awards to be announced. 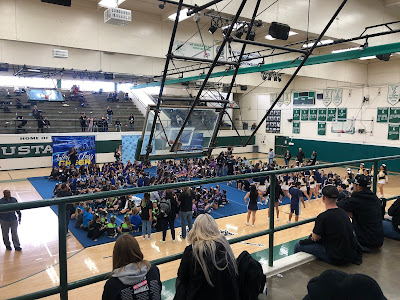 i'm still a little fuzzy on exactly how it all worked, but both of the one dream teams took first place in their divisions.  i never even knew who their competitors were.  oh well.  another win under their belt is always a good thing, i suppose.