the bean comes up with some fun ideas, and the latest one hit her while we were grocery shopping for family dinner:  a cake decorating contest.  we decided to go the easy route, adding boxes of cake mix and tubs of frosting to our cart before making our way home to start cooking dinner.

we decided to divide the two boxes of mix into several small layers for our creations, and after placing the pans into the small oven we found that there was one left over.  and so the air fryer came out to bake that last one.  they all came out around the same time. 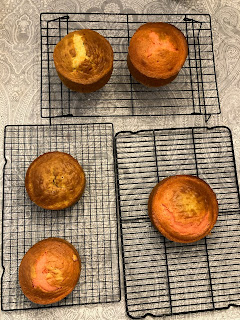 while that was going on, we were playing with fondant that we were going to use to decorate our cakes.  this part is always fun, kind of like creating little sculptures with play-doh. 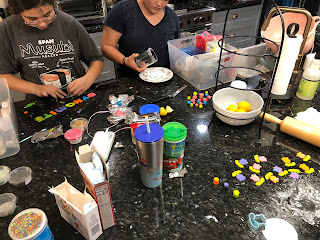 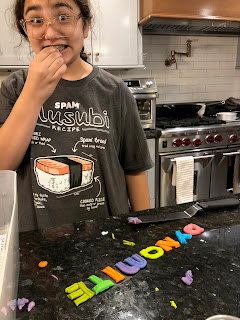 after the cakes had fully cooled, we decided to slice off the domed tops to make them a little more even, a bit easier to frost and decorate. 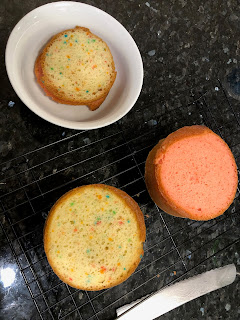 the last layer, the largest one, was mostly strawberry with a little dollop of leftover funfetti cake batter in the middle. made it look extra fun when we sliced into it. 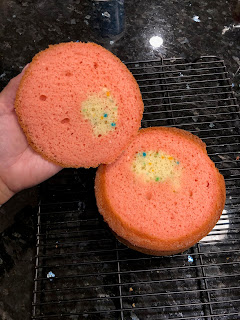 the bean decided to take that one to work on while the old lady and i created taller, two-layer cakes with the remaining ones.  we frosted them and placed our fondant decorations and sprinkles, and then we were ready for judging.  the judges, of course, were the the hub and the special friend.  they'd been happily occupied in the backyard during the shenanigans, watching movies and enjoying cigars. this way they also had no idea which cake was whose, although it was pretty obvious which one was the bean's. 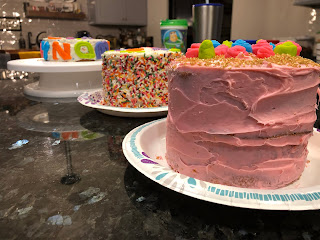 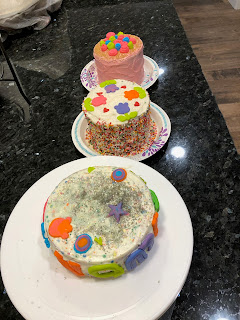 the old lady and i thought that maybe ours might be a little harder to tell, since she'd gone with the pink frosting, but as soon as the guys looked at them they both knew.  she's pretty notorious for her love of boxed strawberry cake, so they weren't fooled for a second. 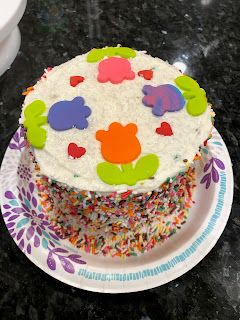 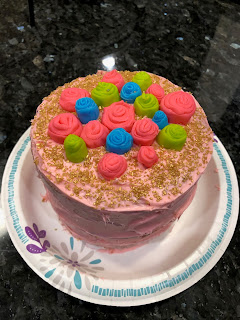 each cake was inspected, sliced into and tasted. 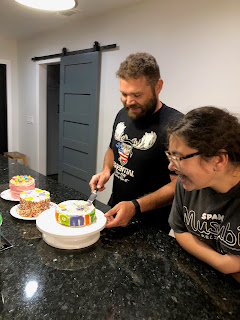 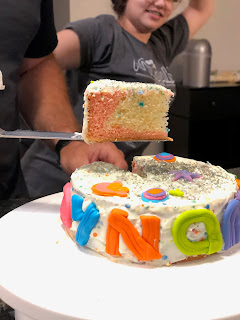 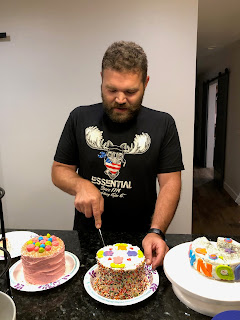 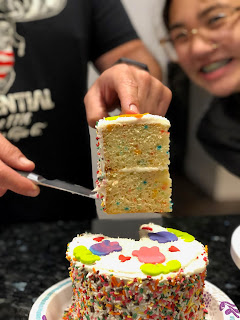 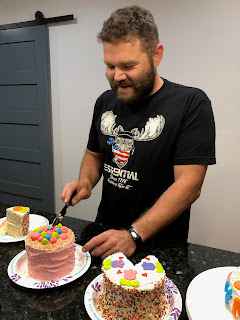 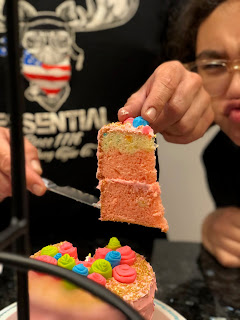 with her pretty hand-sculpted flowers and minimalist decorations, the old lady was declared the overall winner.  we all applauded as the announcement was made, and then the rest of us dove in for our own samples of cake. 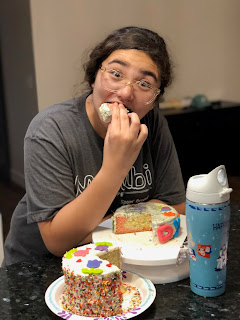 to be honest though, there were no losers here.  because duh...cake.  cake fixes everything.
at September 07, 2020