i'm sure you've seen those videos of people doing pancake art - super cool edible creations made from bottles of batter tinted with food coloring.  we've always talked about trying it ourselves forever, and this week we finally did it.

we only had four bottles though, so i had the bean decide what colors to make.  while she did some laundry, i got the pancake batter ready and divided into the bottles.  i added a couple of drops of food dye to each one: 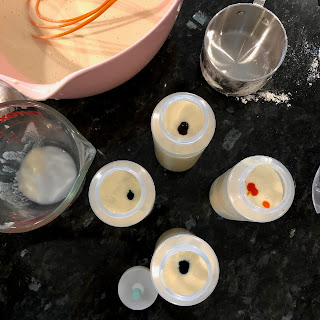 once i mixed them all up, i realized we needed some in a neutral color to fill in the gaps of whatever we'd be drawing and made another half batch that i added a little white coloring to. 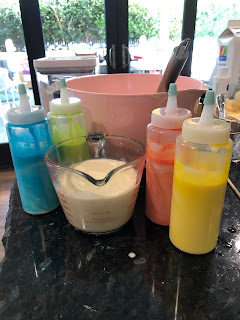 since we were trying out the built-in stovetop griddle for the first time, i volunteered to be the guinea pig.  the batter got clogged in the tip of the bottle and totally screwed up my "design," so there are no pictures and i gobbled it down while the bean went over to try her hand at pancake art.  after perusing ideas via google, she'd decided to do some "eggs and bacon." 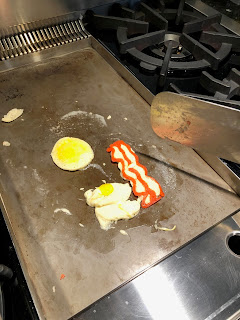 as for the old lady, she went for a rainbow design that somehow fell apart as she flipped it. 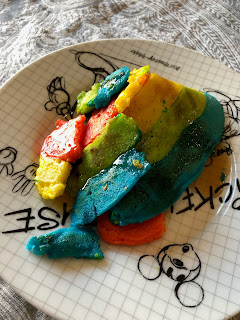 while she was working on that, the bean came up with another idea she found on her phone and giggled her way through it.  it was comical to listen to her cackle and shout "oh no!" the whole time, and then watching her flip it got us all cracking up. 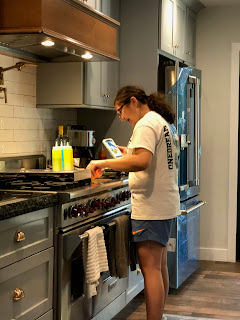 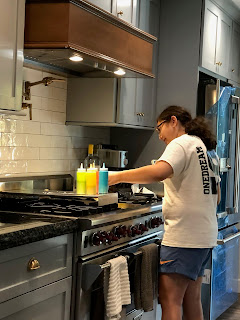 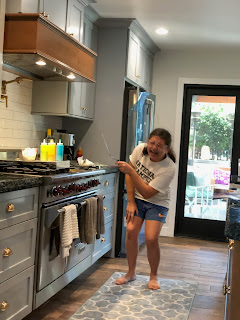 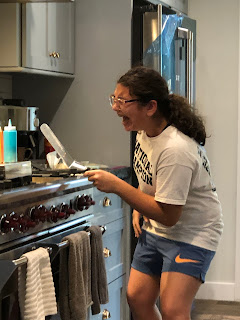 and then she came over to show us what she'd made.  you can make it out, right?  we both told her she'd done a way better job with it than either of us had with our very simple designs. 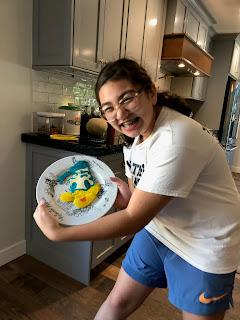 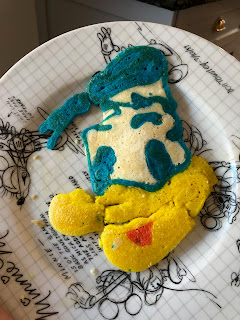 and then because we still had plenty of batter and i was still hungry, i copied the old lady and made a rainbow of my own.  i still screwed up as i flipped it over, but it was better than my first attempt. 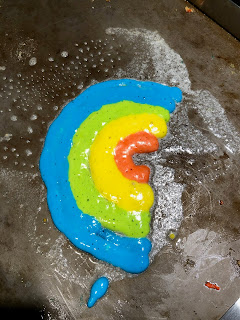 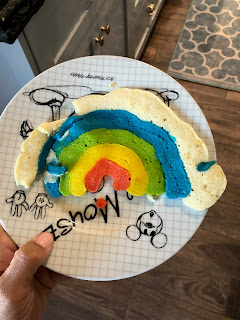 yay!  now that we've used the griddle, we're all excited to see what else we can make on it.  probably more pancakes, and hopefully they'll come out better the next time around.  heh.

Email ThisBlogThis!Share to TwitterShare to FacebookShare to Pinterest
Labels: pancakes fix everything