hey, you know what's fun?  random ass shenanigans!  there's been a lot of those around here.  i guess that's kind of a theme for 2020 considering how much time we've all spent at home.

like, my crocheting has continued...and turned into a favorite hobby.  i seem to find myself reaching for the crochet hooks more than the knitting needles, although i enjoy both.  i saw some fun pumpkins online one day and decided to find a pattern to make my own.  it's fall, right?? 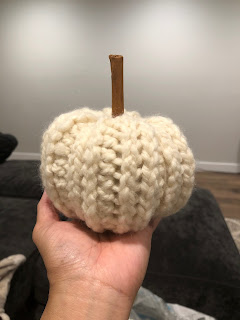 then i decided to play with colors and used a different pattern to make a bigger one. 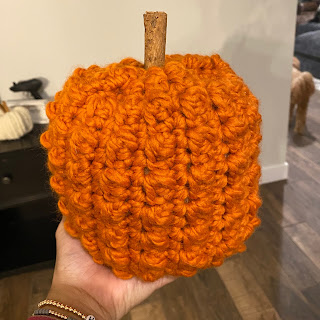 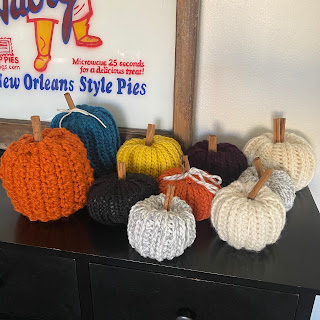 displaying them like this reminded me of candy corn.  you either love candy corn or hate it, amirite?  there's almost no in-between here.  i'm on the side of love, but you probably already knew that. 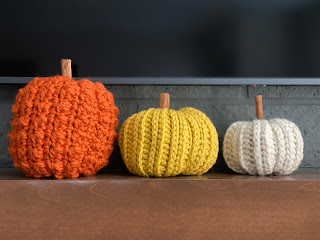 and now i see candy corn everywhere.  not a bad thing. 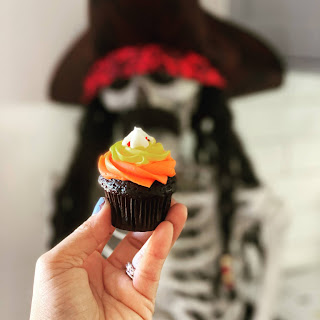 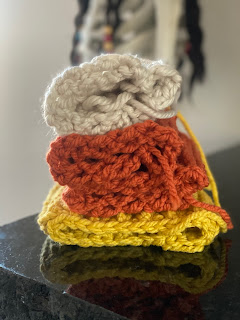 the day after my birthday extravaganza, the bean and i had a little fun in that pirate boat she and the old lady had constructed for me. 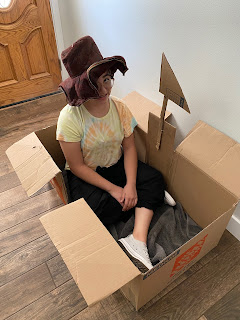 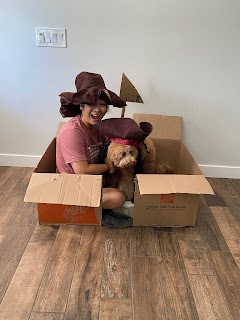 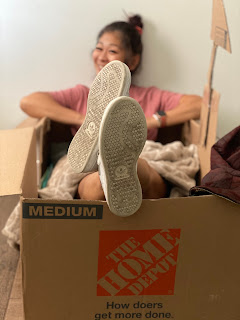 and it was actually pretty comfy in there.  so much so that i ended up hanging out in it for hours.  and when i say "hours," i mean i was in that thing till it was dark outside.  heh. 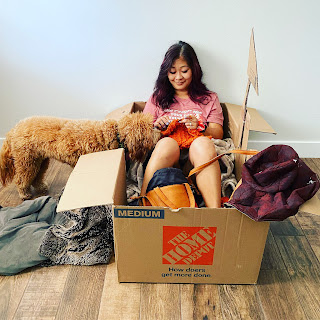 i was closing up one of those pumpkins and because i'm 12, started giggling like mad because the bottom looks like a butthole. 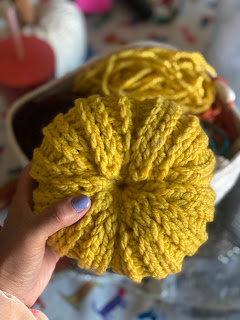 okay okay...enough pumpkins.  one day we were surprised as we were going through the mail and opened this package that seemed super random. 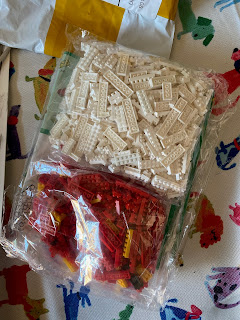 the return address was unfamiliar, with only a first name.  and it was a package of teeny-tiny legos.  the old lady and i both thought of those random packages people were reporting of receiving, and so we decided to pack it back up and send it back.  but a couple of days later, one of my friends - whose name was the same as that on the package - texted to ask if we'd gotten anything in the mail.  the light bulb went on over my head immediately, and when i showed her that picture she did a virtual facepalm and lamented the lack of card or packaging.  and so once we realized it was safe, the old lady dove right in, eyed the instructions and told me she'd build it and it was a surprise. 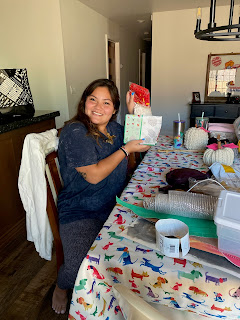 she spent about three hours working on it before we both had to head out to run a couple of errands.  we made sure to put everything in the middle of the table because teddy is a maniac who'll reach up and grab whatever he can find and chew it up.  and somehow, that little shit still managed to wreak havoc.  i got back before she did and the first thing i saw when i walked in the door was this and a very guilty goldendoodle scampering across the room to hide under the table: 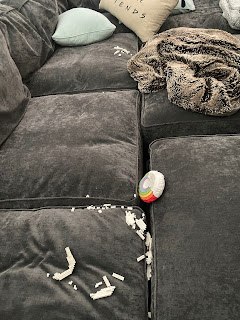 oh boy. the old lady was so aggravated when i told her that it took her a few days to go back and see if it could be salvaged.  i'd picked up as many of the pieces as i could find whether they were intact or not, and god only knows how many he actually swallowed.  but with patience i didn't realize she had, she sat down and worked on rebuilding the broken parts and finishing the rest of the set and about an hour or so later held up the super adorable finished product rather triumphantly. 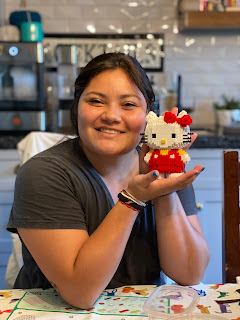 did i ever tell you that we discovered a few months after putting in the pool that the guys who'd installed the glass tile all around it hadn't done it properly and black mold was growing behind it?  ughhhhh.  and it took forever to finally get them to commit to coming out to remove it and redo the tile - which, granted, was partially due to the fact that the tile supplier they used inexplicably went out of business.  and this was way before covid.  anyway, they finally came and drained the pool to start the work. 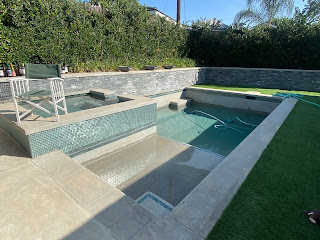 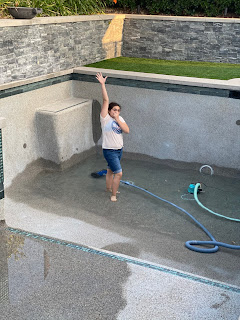 the lone guy who came to work on it was super motivated, because he removed the old tile and put in the new tile  in just over two days.  not that we're complaining. 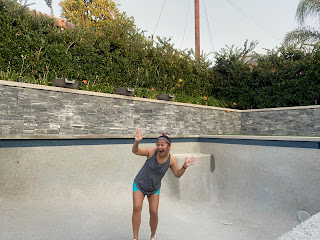 lastly, i got to work on some fun cookies that one of my former barre instructors requested.  her sister was getting engaged and the family was going to surprise her by being there after the proposal.  she wanted to have a little party favor for everyone, and using the photo she showed me i made these: 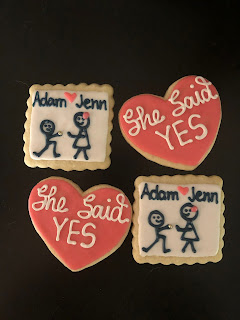 i got to see her posts of the weekend, and the happiness radiated from the photos.  i love being a tiny part of joyous occasions like that!

ah, love.  covid can't kill everything.  there's joy everywhere.  you just have to shut out the bad and focus on the good.
at September 29, 2020