life since the holidays ended has been pretty quiet.  the bean is back to school (virtually, of course), the hub is back to work and i'm still puttering around the house, working on this and that, doing all the mundane stuff that i always do.

after new year's day, taking down the tree was job one:

it's always a bummer to put all the christmas decor away, but at least the tree isn't a pain anymore.  no more watering, no more needles littering the floor, no more unwinding lights from every branch - just a few pieces to take apart and place in the storage bag.  i'm so happy we switched to an artificial tree.

after months of waiting for our fridge to arrive, we finally settled on a different brand and model that was available immediately.  the first one should've been so cool, with a built-in keurig machine and hot water dispenser.  too bad those things never worked since the first day it was installed.  this one doesn't have all of those bells and whistles, but it sure is pretty. 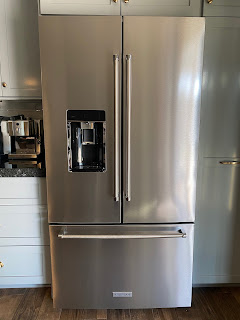 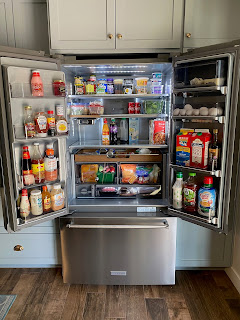 my much-coveted treadmill is living up to all my expectations.  the built-in iFit system offers all sorts of great workouts, with runs/walks/hikes all over the world.  i started a program that's supposed to get me back up to running a 5K, twelve sessions that take place in beautiful, picturesque oregon. 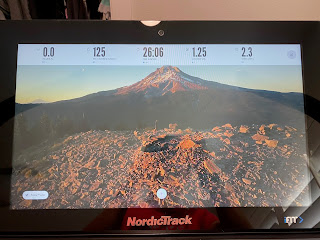 the bean finally gave it a shot too, and maybe she'll like it enough to do it on a regular basis. 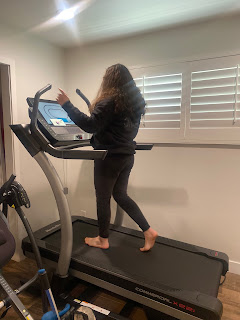 we gave the pizza oven another try, and this time we tried using an actual pan and bought a small pizza peel.  it was more of a success the second time around, nothing burned and everyone's pizza was edible.  yay! 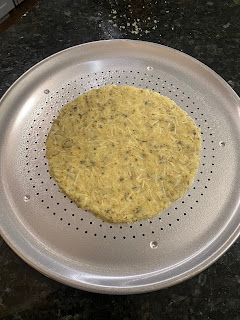 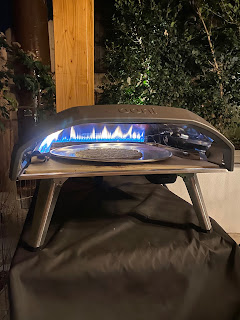 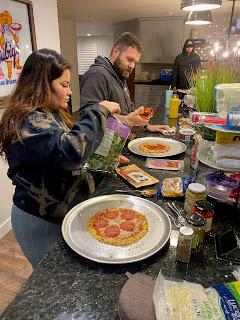 the bean got to celebrate another friend's birthday at a drive-by parade with a super sweet party favor. 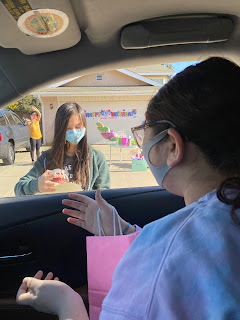 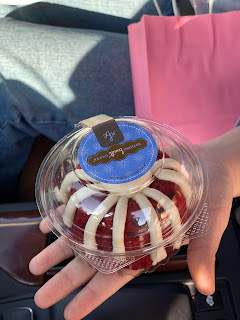 i started a new crochet project and was super amused at the yarn i was using.  it's a pound of looooooove: 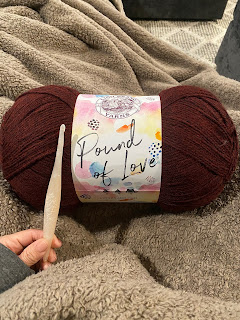 although every time i try to pick it up and work on it, someone comes over and does his best to distract me (which usually works). 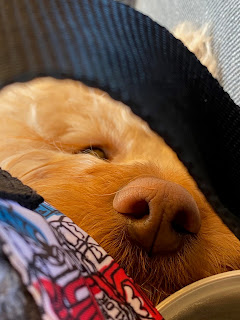 i suppose it's payback for the haircut i took him to get. 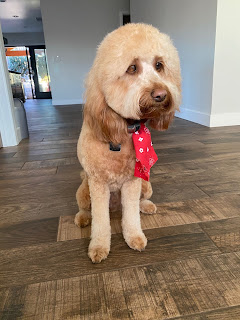 his friend stevie did his best to console him.  "the hair looks good, man, really." 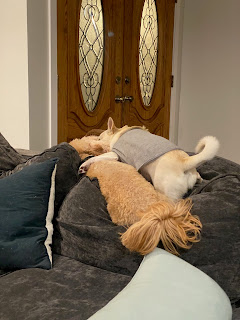 cocoa got a new 'do too, and stevie came over to cuddle with her too, so she wouldn't feel left out. 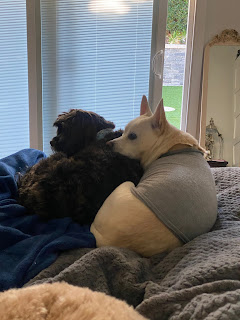 and the bean made sure that stevie got love too. 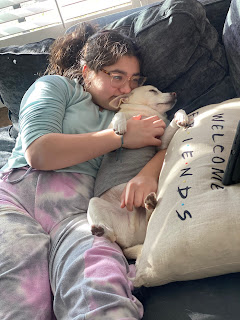 i get to give the dogs hugs regularly too. 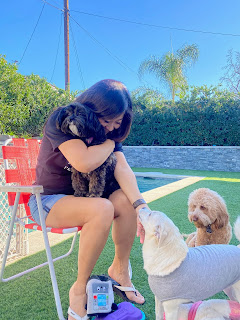 during a girl scout zoom meeting, the troop worked on earning a badge that somehow involved a taste test: 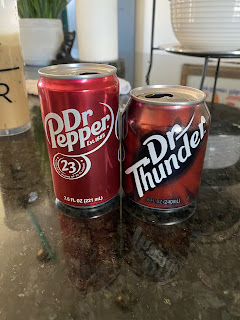 and since i hate dr. pepper and the bean hates all soda, we poured it all into a measuring cup and used it to make a cake. 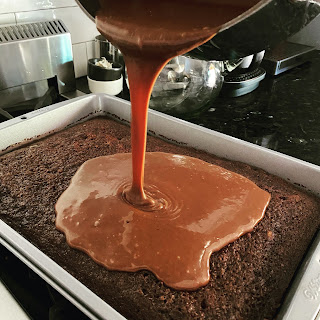 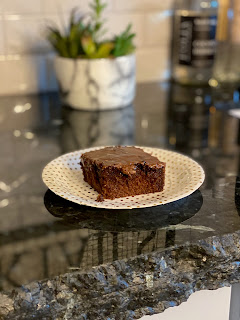 ooh - we were pretty excited to discover a local spot for take-out dim sum that is pretty decent. 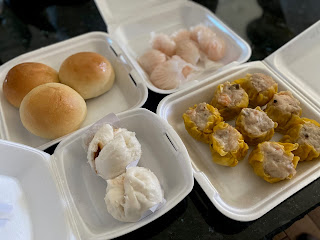 i had my last mcrib of the season: 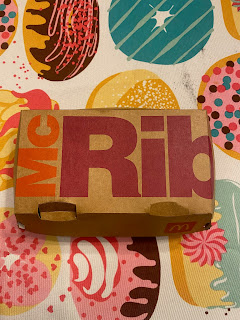 and i managed to satisfy the bean's poutine craving using jarred gravy, frozen fries and a bag of cheese curds from target.  totally not authentic, but tasted pretty damn good. 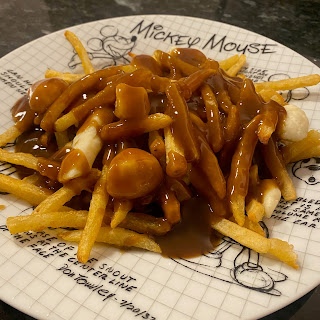 Email ThisBlogThis!Share to TwitterShare to FacebookShare to Pinterest
Labels: food is fun, mcrib is back, random ass pictures