i'm sure that you've seen all the hilarious bernie sanders memes out there.  i was super amused when i saw this one:

and then there was the NYU guy who created a website that would let you put bernie anywhere, just by typing in an address.  i also started seeing people photoshopping him into all kinds of hilarious places, like in the millennium falcon or on the "friends" couch, plus a bunch of folks who figured out how to insert him into their family photos.

after downloading a free version of the photoshop app onto my phone and doing a little playing around, i made it work here: 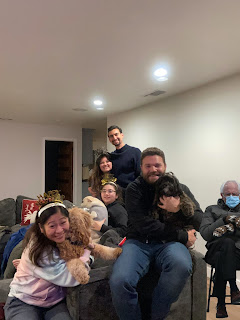 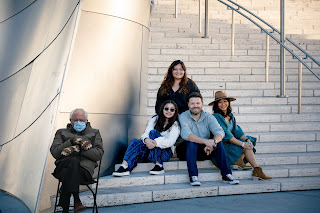 this one was the hub's favorite - the bean's cheer team but with a special guest. 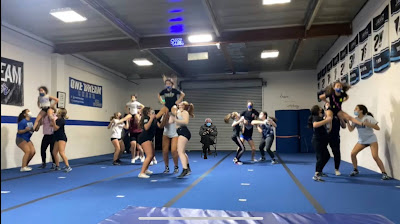 and by now, i'm sure you'll have seen the crocheted version of grumpy, masked bernie.  the photo has been posted everywhere, and the lady who created him wrote up the pattern and instructions and listed it on etsy.  so far she's made about 30,000 sales - which is amazing and awesome.  so many people begged her to sell the finished product, so she decided to put that bad boy on ebay to donate all of the proceeds to meals on wheels.  of course, that's the same charity that is benefiting from the sweatshirt that bernie himself put on his own website to raise money.  it's so great.  and last time i checked the bids were up to over $12,000!

i have a few people who've asked if i can crochet the famous bernie doll, so i bought that pattern and i'm going to give it a shot.  but in the meantime, i found something else that i stitched up immediately: 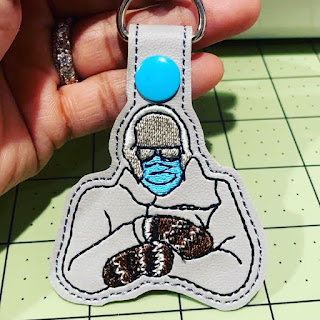 i can't stop giggling.  and i love that this is what has so many people's attention right now.  it's just so nice to have something silly for people all across the country to giggle together about.

have we finally returned to a place where politics might just be boring again?  if not quite yet, i sure hope that day comes soon.