before the bean came home from camp, i managed to squeeze in a fun afternoon tea with the old lady and her soon-to-be MIL and SILs.  we'd purposely gone to the one place that the bean doesn't love because "it's too noisy," so that she wouldn't be bummed if we got around to telling her that we went.  heh. 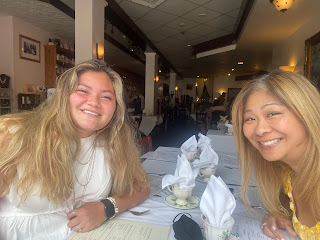 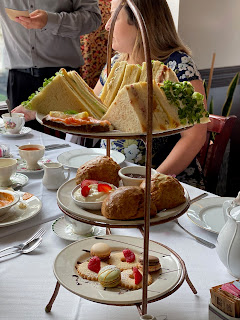 and on the last night before we were to pick her up, the hub and i pulled off one last date night.  this time, the highly-recommended (and super hard to get into, sheesh) girl & the goat in l.a. 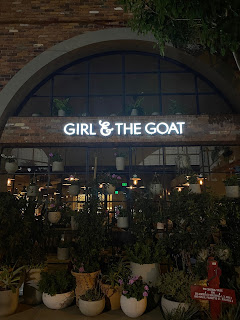 we'd arrived a few minutes early, so after we checked in we found a couple of spots at the bar. 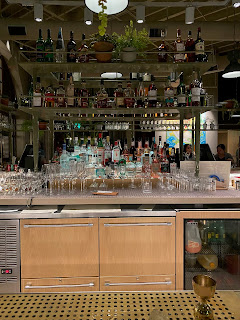 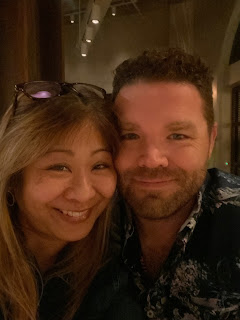 i went for the "watermelon sugar"- vodka, watermelon and rosé.  it was delicious. 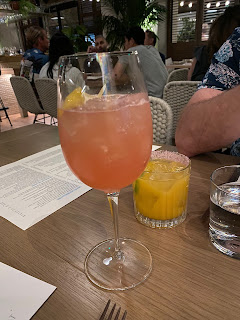 we were seated at a table just a few moments after our drinks were served.  how cute is the little goat logo on the paper napkin ring? 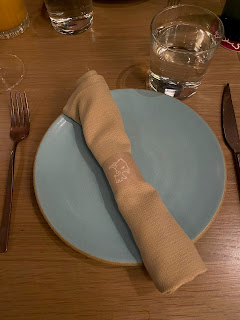 our server came over to introduce herself and offer suggestions from the menu.  we kicked things off with something simple - sourdough bread. 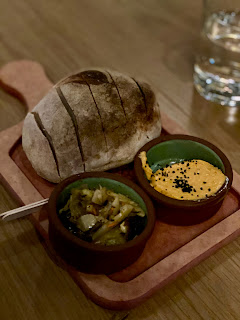 the duck tartare was really good.  i'm not really all that adventurous so this was a bit of a stretch, but i was glad we ordered it. 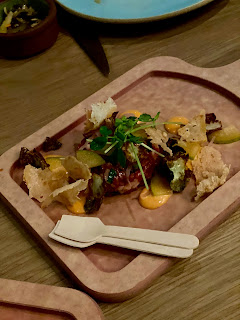 the grilled corn was also delicious, something i knew the old lady would have really liked.  it was served on the cob (which is a little difficult to eat gracefully so we sawed it all off before diving in) and topped with cotija and tajin. 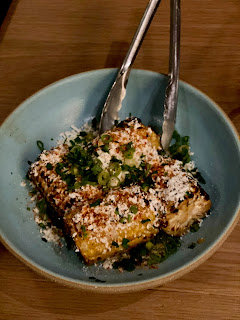 we wanted to like the sauteed green beans, but they were really overseasoned and it was like a salt lick up in there. 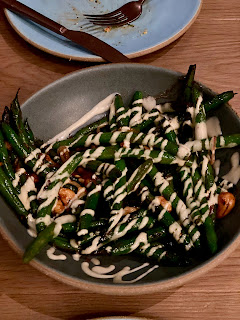 i'm not gonna lie - i'm not 100% sure what this was, but i think maybe the pork belly since it was served with rice?  i also don't remember if we liked it or not.  oh well. 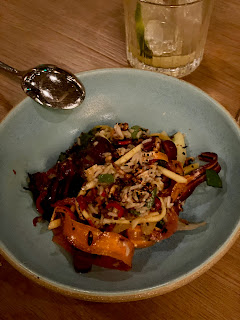 this was the whole grilled branzino.  after my branzino experience in florida a few months ago this was all for the hub, and he said it was just okay.  i told him that maybe after two strikes we just needed to resign ourselves to the fact that perhaps branzino just isn't for us. 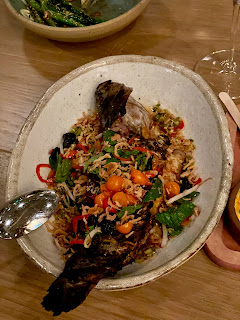 and then this was the sticky glazed pork shank.  it was good, but we were both pretty full by then and probably didn't do it justice. 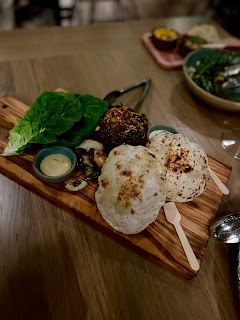 you know i rarely turn down dessert - and even though i was almost out of room, i had to try something on the menu.  while we waited for it to come we reverted back to elementary school age and played with the leftover food on the table.  we got a few disapproving looks from our server as she walked past.  meh. 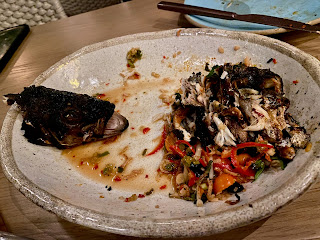 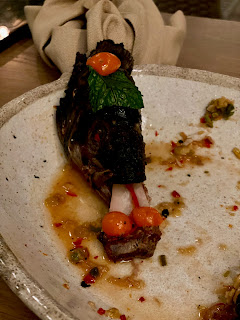 so while there was tres leches on the menu, the description of it really threw me - goat milk soak, avocado crema, blueberry tomato caramel?  come ON.  that's not tres leches!  but the "popcorn situation" was right up my alley.  butter cake served with popcorn ice cream?  yes. 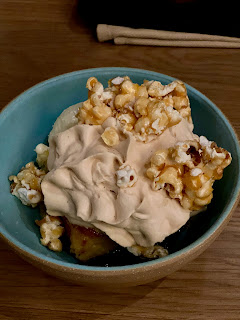 so while parts of our actual meal may have been a bit of a letdown, at least it finished strong.  that dessert was pretty fantastic.  and it was a great way to close out our "try new restaurants" spree. 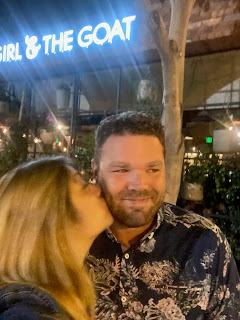 Email ThisBlogThis!Share to TwitterShare to FacebookShare to Pinterest
Labels: foodie fun, girl and the goat, hanging out on the west side