because of the kids' work schedules, it was just me and the hub for the next two dinners out.  the first one was closer to home - fishwives in pasadena. 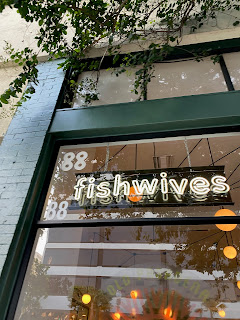 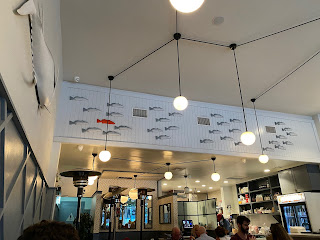 the tables were all spaced out pretty nicely, and although it was a wednesday they were busy - every table was taken.  we'd made a reservation though, and were seated at a tiny table for two along the wall.  we started our meal with the handroll flight - amberjack, salmon and maryland blue crab.  they were really tasty. 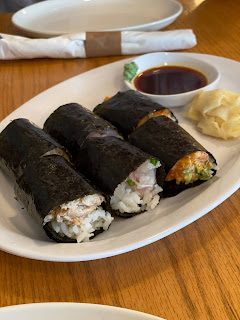 and because ceviche is delicious, we got some here too.  mmmm. 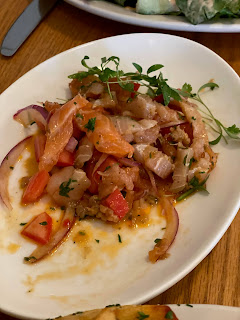 i opted for the lobster roll, served with perfectly cooked fries, while the hub went for the crab louie salad - only they were out of crab so he got an upgrade to lobster instead. 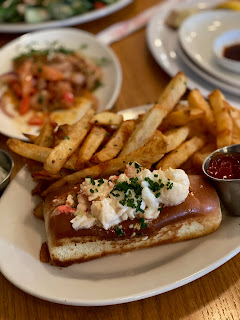 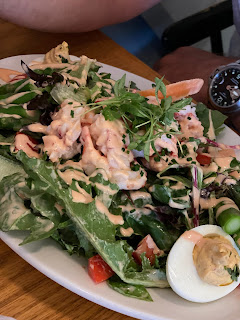 our check was delivered in this old bay seasoning container.  cute. 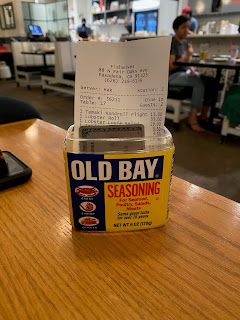 the next night found us back out on the west side, to try republique. 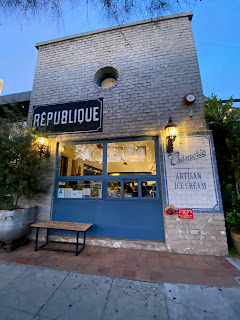 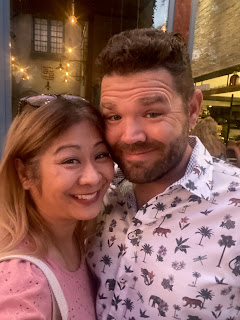 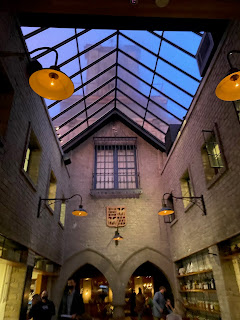 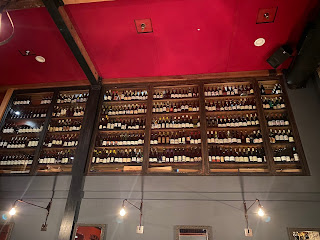 the server brought us an amuse bouche...that i don't remember.  like, at all.  i do remember enjoying it, but hell if i know what it was. 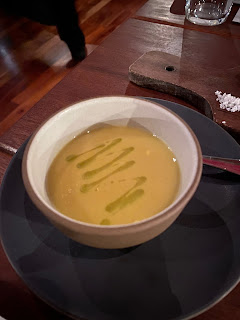 i did make sure to order the baguette with the fancy french butter.  it was a generous serving, which i may or may not have packed up to take home since there was more than half of it left.  it was so good, i'm drooling just remembering it.  just butter, you say?  yes.  just butter.  with some sort of crack mixed into it, apparently. gaaaaaaahhhhhh so good. 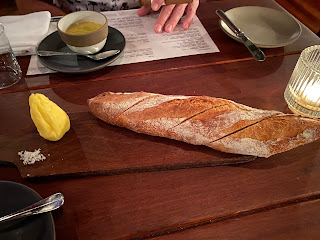 we both ordered cocktails - i liked mine, while he did not. 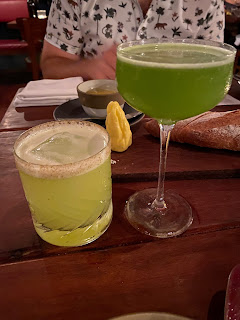 as i sipped my drink, i looked around the room at all of the random tchotchkes placed on the shelves on the walls.  that's a pretty tiara up there... 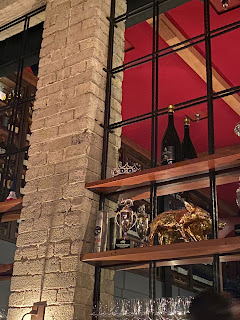 besides the bread and butter, we ordered the kanpachi crudo - this had nectarines, cucumber, chili and peanuts.  while not really my jam, i did try some of the fish and it was really tasty.  the hub devoured the rest of it happily. 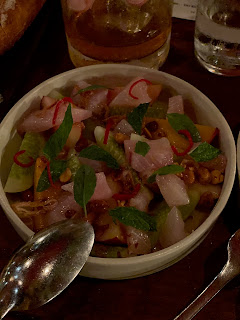 this was the heirloom tomatoes, which came with dollops of burrata.  you know how much i love me some burrata, although my weird hangup about odd-colored foods kicked in so i only ate the red tomato chunks.  have i ever mentioned that before?  the kids love to tease me about it.  like, i can't do green tomatoes or white asparagus or purple carrots...you get the gist.  it's just weird and i can't do it. 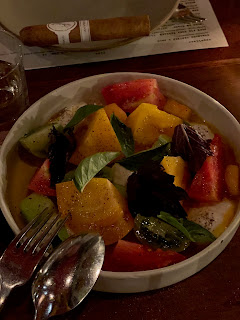 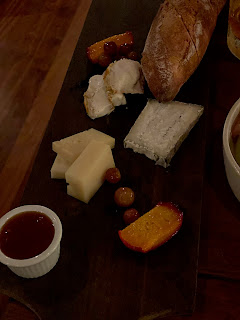 going off of a recommendation from some dude he got to chatting with outside, the hub ordered the whole dover sole.  it was served tableside with the server deboning the fish completely before dousing it in browned butter and lemon juice and serving it with a little crock of perfectly whipped potatoes. 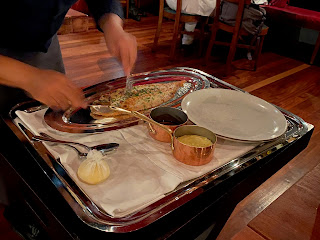 as for me, i was perfectly happy with my plate of lobster campanelle. 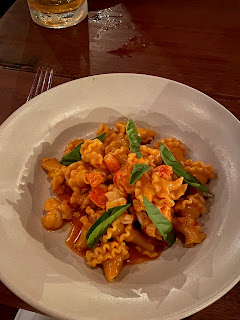 we capped off our meal with almond brown butter cake, served atop a raspberry coulis (which always reminds me of joey tribbiani) with stonefruit and a scoop of vanilla ice cream. 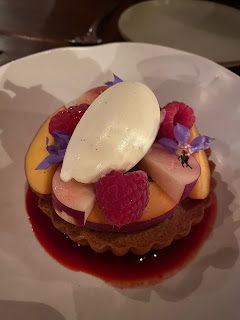 i've heard that breakfast/brunch here is pretty fantastic, so maybe we'll return someday to give that a shot.  it's been awhile since we went out for brunch with the kids, and now we have a spot to suggest the next time the opportunity arises.

and while we were having dinner, the hub threw me the greatest curveball that involved me going online to buy disneyland tickets...for the next day.  what!!  he's not anywhere near the disney fan that i am, so i was super surprised.

Email ThisBlogThis!Share to TwitterShare to FacebookShare to Pinterest
Labels: fishwives, foodie fun, hanging out on the west side, republique