while i was learning how to knit and crochet during our months of lockdown in 2020, i learned about an annual event that was held throughout l.a. county, and it was called the l.a. yarn crawl.  a bunch of independently owned yarn stores picked a weekend that they would offer fun stuff like free patterns and specials on yarn and needles and accessories and all kinds of stuff like that.  they also had a passport that you could print at home or pick up at any of the shops, and you would get it stamped at each shop you visited.  once you were done with it, you'd fill out your contact information and leave it at any of the shops and you'd be entered into a raffle for a gift basket that they assembled.
i'm reading this as i type it and yes, i do realize how nerdy it all sounds.  but i don't care.  i'm still so stoked that i finally powered through and learned how to knit and crochet after years of trying and failing, and you know i like to have all the fun stuff.  and so when i realized that there were three of the participating shops close to home, i decided that i was gonna go and have some dorky, yarny fun.
my first stop was at the yarnaholic store.  i think they had started out as an online only shop, and eventually found a tiny space to open a brick & mortar store that they'd stocked and opened to the public just a week or two before yarn crawl weekend. 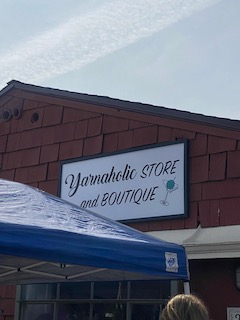 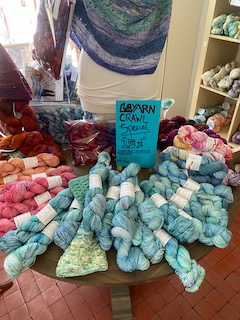 the ladies in the shop were really friendly and welcoming, and were pretty excited to welcome customers into their new space.  i had a couple of patterns saved that i wanted to find yarn for, so i picked up a couple of skeins here for one of them and then hopped in the car to move on to the next stop.
phebie's needle art is located in the packing house in the claremont village - just up the stairs from the claremont chefs academy that i used to take the bean to for classes (and where she had one of her birthday parties).  i never knew it was there - but then again, i never paid attention to yarn stores before either. 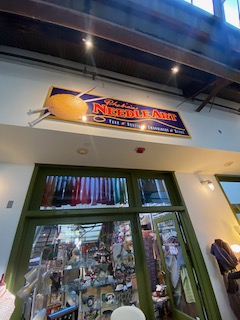 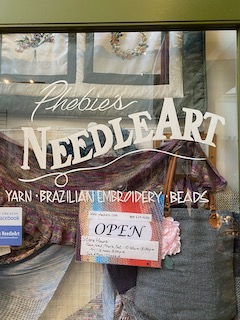 and inside i caught a glimpse of the gift basket that they had put together for their raffle. 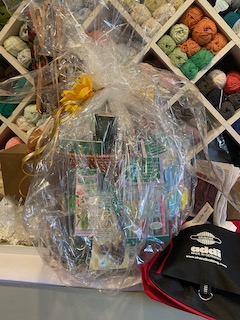 when i got to the last shop in my circuit, i found that i was going to get one extra stamp in my passport because the yarnover truck was parked out front.  bonus! 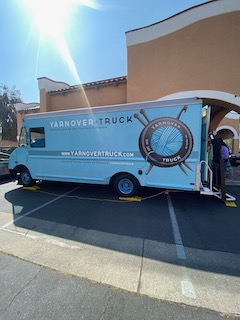 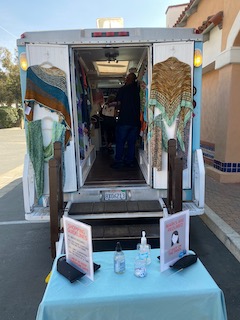 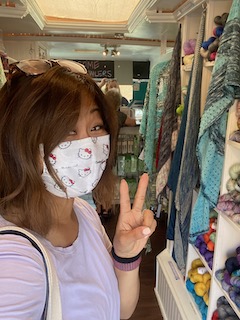 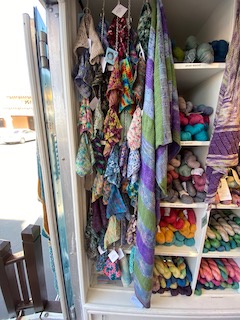 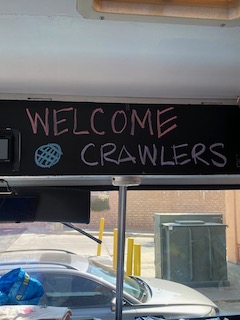 buku yarns is a cute little shop in la verne, tucked in a corner of the same shopping center where my barre studio used to be.  it's really close to the house, which is awesome and dangerous at the same time. 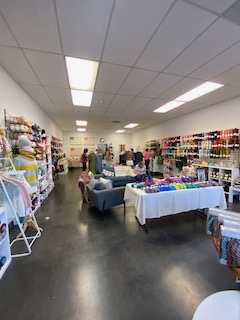 and since it's the closest one to me, that's where i left my passport for the gift basket raffle.  it was definitely a long shot, but i figured if there was any chance that i might win (i didn't, heh) it would be the easiest shop to get to. 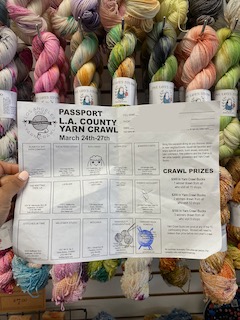 here's my haul from the crawl - so soft and pretty and colorful! 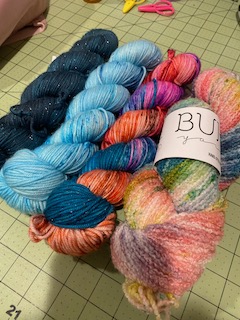 and that's a wrap on my very first l.a. yarn crawl.  i have a pretty crazy amount of yarn and patterns to work through, but maybe by the time the 2023 crawl happens i'll be ready.
maybe.  probably not, but a girl can dream.
at June 22, 2022