yet another magical morning

just a week after our disneyland day, we had another reservation for california adventure - but the night before, the bean tapped out and decided sleep was more important.  and so that's how the old lady and i had a mommy & me morning at the park.

we kicked it off with some breakfast at the pym test kitchen, and that's when i discovered my new favorite disney morning meal.  the theme here involves foods that are either teeny tiny or comically large, and we decided to split two of the entrees.  this is the "calculated breakfast" - a serving of scrambled eggs plus one tiny sunny-side-up egg, crispy tater tots, bacon and focaccia toast.  like, isn't that the cutest egg ever? 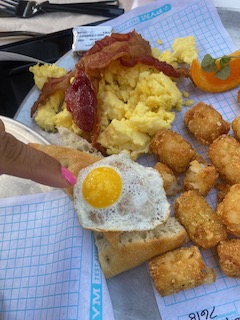 and this is the cinna-pym toast: basically a slice of baked french toast casserole topped with cinnamon sugar served with one of those tiny eggs, smoked bacon and maple syrup. 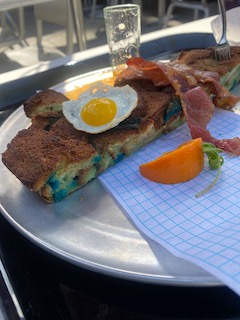 those tiny eggs are perfectly cooked, and i could probably eat half a dozen of them if they'd let me. 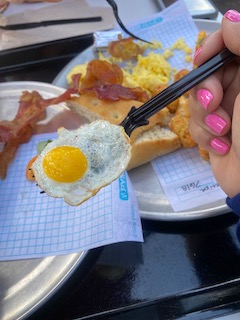 we headed over to schmoozies for our caffeine fix.  i went with the "make mine mocha" - cold brew blended with vanilla ice cream and chocolate syrup, and the old lady had the affogato: vanilla ice cream topped with espresso. 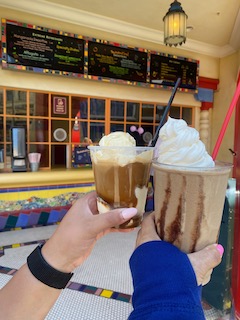 in one of the shops on buena vista street, we checked out the just-released collaboration between disney and coach. 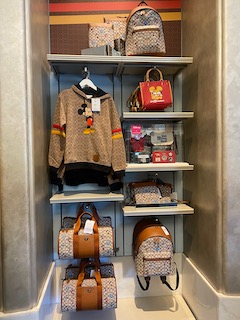 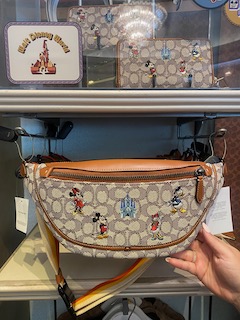 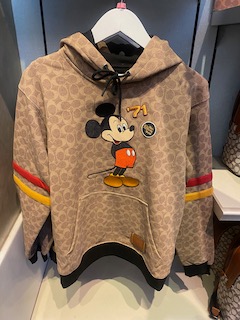 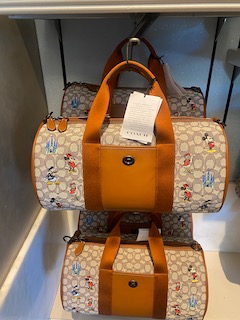 even with our passholder discount, the prices were a little steep and since we didn't really love any of the pieces it was easy to walk away.  instead we headed into avengers campus and got in the single rider line for the spiderman-themed webslingers ride. 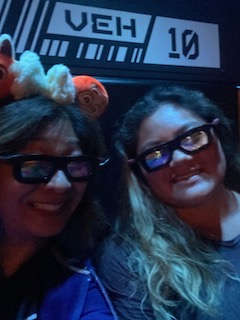 and while we were at it, we decided to do single rider for radiator springs racers too. it also happened to be the last weekend of the food & wine festival, and we had a couple of tickets left on our sip & savor pass to use up.  and so we headed over to the "garlic kissed" kiosk and picked up the grilled top sirloin served with roasted garlic-gruyere mashed potatoes and black garlic chimichurri: 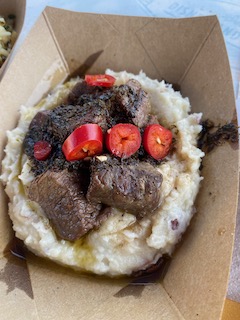 along with the carbonara-garlic mac & cheese topped with peppered bacon. 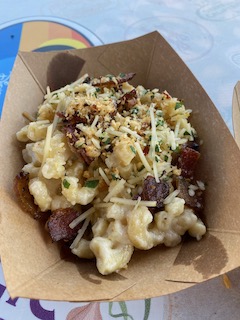 we found a table with an umbrella right in front of the water and enjoyed our food with a view. 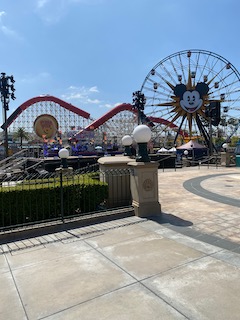 on our way out, we stopped at trolley treats to pick up a marshmallow wand for the bean, and that was that.  we'd managed to squeeze in a lot of activity for the few hours we were there - food, shopping, and rides - and it was the perfect morning.