okay, i am officially a kitchen pimp. coolio says women can be pimps too, so there.

i spent some time last week reading through my copy of "cookin' with coolio" and laughing my fool head off at the narrative. seriously, folks, this is the funniest freaking cookbook i've ever read in my entire life. 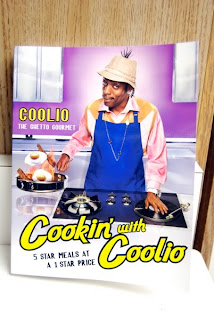 i flipped through the rest of the recipes after reading the introductory chapters, and after debating between a couple, ended up choosing this one for popcorn steak: 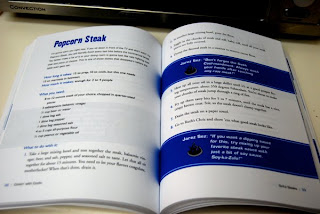 i hit up my most favorite grocery store in the entire world, fresh & easy, and picked up some steak (among other things). i love the $10 off $50 coupons i regularly receive for that store, especially since they don't take manufacturer's coupons. this is okay, though, because i find that most groceries are cheaper there than at my usual haunts. 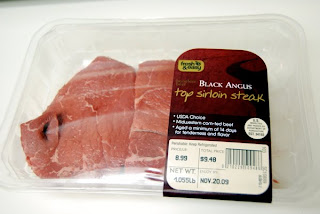 i didn't have a "pimpron" (that's a pimpy ass apron, bitches), but that was okay. i gathered all of the ingredients for my popcorn steak (does it sound gross? because i thought it sounded pretty damn tasty), although i don't know why i kept thinking that i needed onions. they don't make an appearance in the recipe. i had spent a bit of time cracking up over a different recipe that called for "1 large onion, julienned. that's cut into strips, bitches!" though, so maybe that's why it was stuck in my noggin. 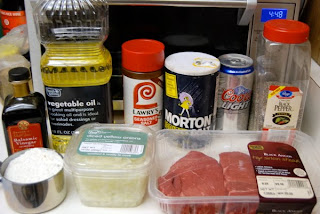 i chopped up the meat into bite-sized pieces and started measuring the marinade ingredients into the bowl. 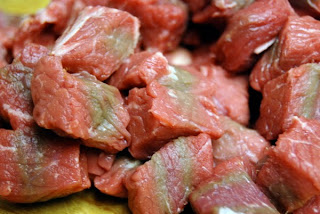 i mixed it all up and set it aside to "let those flavors coagulate, motherfucker!" 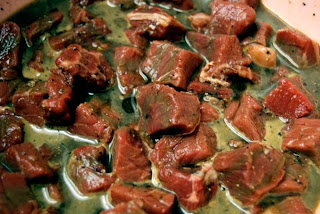 in the meantime, i decided to whip up another batch of those super duper easy cookies i'd done a couple of weeks ago. but this time, i switched it up a little and used chocolate cake mix instead of lemon, and popped them into my mini-me oven. 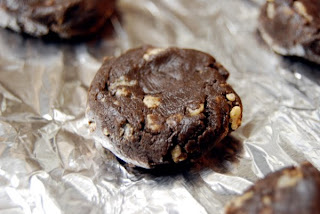 they smelled fantastic - kind of like little baby brownie bites. i think i might have to try strawberry cake mix next. there are so many different flavors out there, it's going to be fun testing them all out.

the next step was to drain the marinade and coat the steak bites in some flour. i shook it all up (shaka zulu!) and then gave 'em a spin in my mesh strainer to get the extra flour out of the way. i thought they looked a little like the chex muddy buddies that the teen loves to make. only better, 'cuz these are meat! 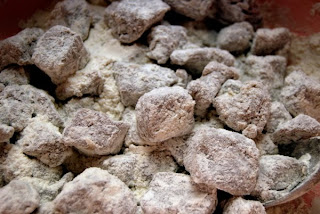 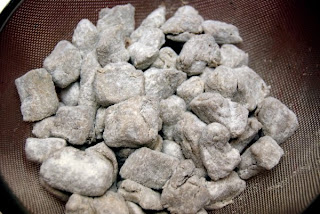 i heated up some vegetable oil in a skillet and dropped the little chunks into it to cook through. the idea was for them to get all brown and crispy, but somehow it didn't end up working out quite as planned. 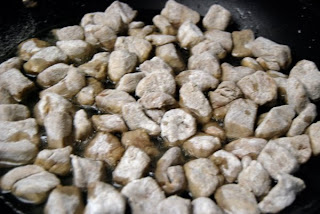 i gave the mixture a stir, like coolio told me to, and instead of turning into crispy golden little popcorn-like bites, the coating seemed to flake off, leaving my steak bare nekkid and sad. 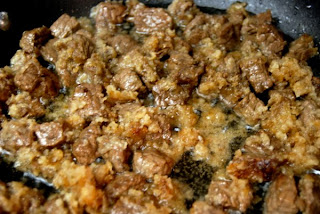 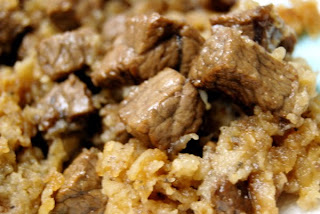 i mixed up a little A-1 steak sauce with some soy, as described in the recipe, for a dipping sauce. and although it hadn't turned out as wonderfully as i'd hoped looks-wise, the meat had taken on a lovely flavor from all that coagulating with beer and seasoned salt and stuff. i served it up and the hub and i devoured every last bit. 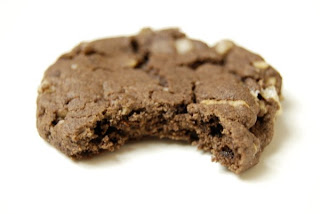 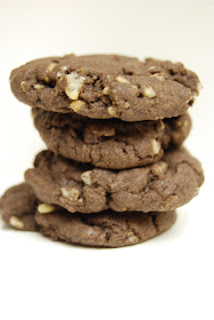 there are a few other recipes i want to try in the book, so it wasn't a total loss. and if nothing else, it's definitely a great source of comic relief in the kitchen.