checking out our surroundings

while her sister and i were spending our days bonding and sightseeing, the bean was loving every minute of animation camp.  she was pretty tight-lipped about what they were doing in there due to the showcase that would be on the last day.  they were working on a project that they'd get to show off, and she didn't want to give away any details.

all those long hours of being inside a building and not having the chance to burn off a lot of energy resulted in this as soon as we picked her up, though: 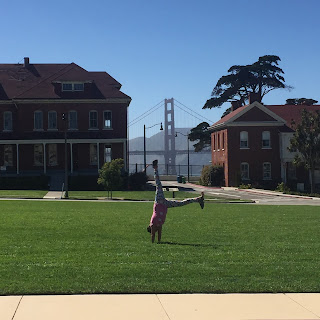 she loved doing cartwheels on those huge lawns in front of the museum.  and it made for a fun picture with the golden gate bridge in the background.  looking back, i realize that we should have headed over to the bridge right after this.  it ended up being the only day we could've gotten a good selfie without it being completely fogged over.  oh well.

we were excited to head over to fisherman's wharf and check out the hotel that the hub had booked for us.  it was just a couple of miles away from the presidio, and it turned out to be in a really great area: 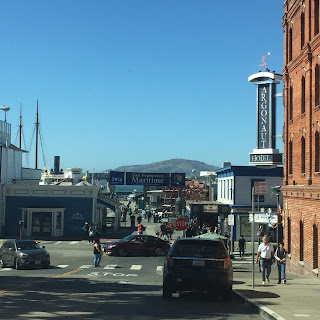 our room was just perfect.  we had plenty of space, two comfy beds to spread out on, a fridge for the bean's lunches, a nice sized bathroom to share.  it was pretty fantastic. 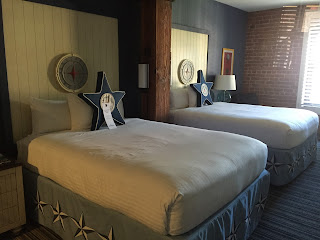 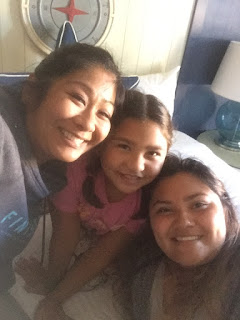 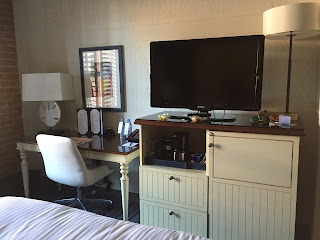 our view was of the courtyard for the cannery shopping center, overlooking jack's cannery bar.  we never did make it into that area, even though it was right next door. 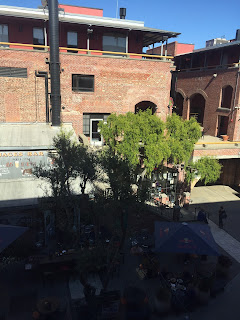 we decided to head out and take a walk along the wharf to see what our options were for dinner.  what we found was that there were a whole bunch of chain-type places, souvenir shops and other tourist trap-y joints.  and with the old lady not really a seafood fan, eating at the embarcadero wasn't the greatest choice.  not to mention, we've been to a majority of the restaurants there and found that most of them were super pricey and not all that great.  so we headed back in the opposite direction to see what we could find at ghirardelli square. 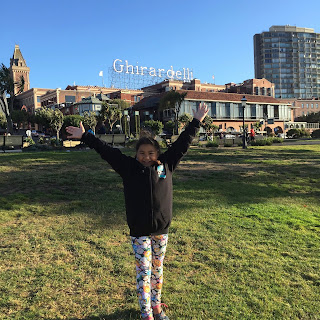 there was a 50s diner upstairs that looked okay, with a pretty typical menu offering something for everyone.  the staff wasn't particularly attentive, and we waited for a few minutes before we got seated.  except that they decided to place us at a table that was really meant for two people, and then chose to seat another party of two who ended up practically sitting on top of us.  despite the fact that there were lots of other tables to seat us, they refused to find another place for us other than on the patio outside.  at first, we opted to move...but then we realized that there was no one else out there, which meant that we were going to get really, really shitty service.  and so we bailed.

downstairs, we found this: 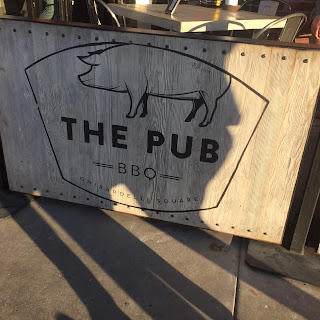 and with a few other kids seated inside, we decided to go for it.  somehow, we were again seated in very close proximity to another couple.  i spotted another booth that was available, and when i approached the hostess to ask if we could move there, she said that she had just seated two tables in that server's station and that service might be a little slow.  faced with no other options, three growling bellies and no rush to go anywhere else, we moved.  and it was totally okay - our server came right over to greet us and offer drinks, and we sat back to relax and enjoy a leisurely dinner. 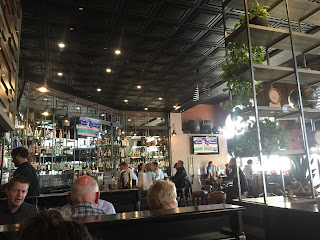 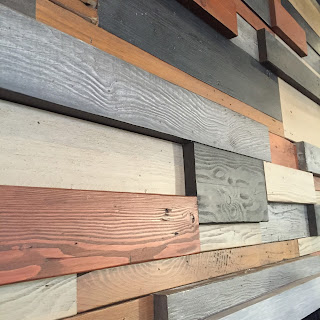 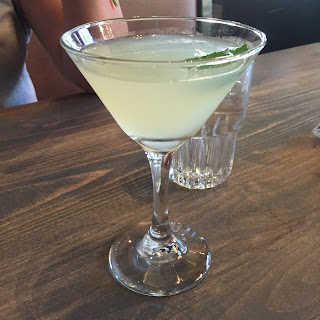 the bean often opts out of the slim pickins on the kids' menu nowadays, and the regular menu was pretty kid-friendly anyway. 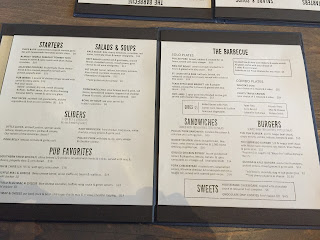 she was pretty excited for her fried chicken sliders: 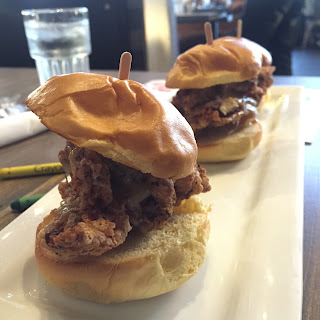 i went for the pork belly sliders: 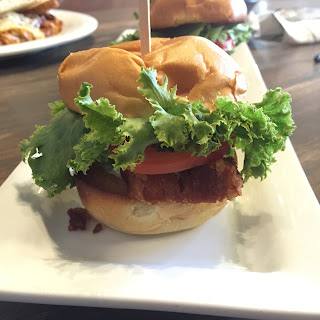 and the old lady was pretty satisfied with her brisket reuben. 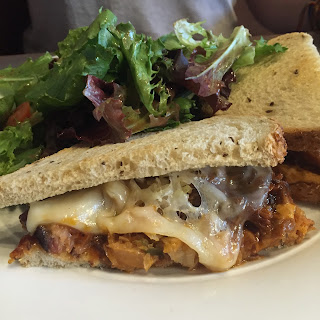 plus, they served tots!  who doesn't love a bowl full of crispy tater tots?? 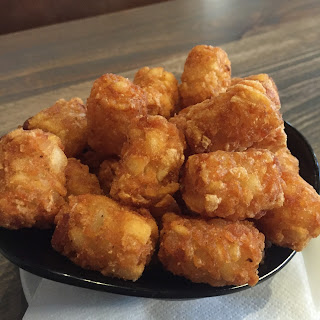 even on a tuesday evening, the line for ice cream at the ghirardelli shop went out the door.  but the bean had noticed something during our earlier walk along the wharf - a ben & jerry's store literally next door to our hotel.  she was more than happy to grab a scoop of phish food and take it back to our room to enjoy before starting her evening routine and getting settled in for the night.

later, after everyone was all comfy and tucked into bed, i peeked at my phone to see how many steps i'd taken that day and found this: 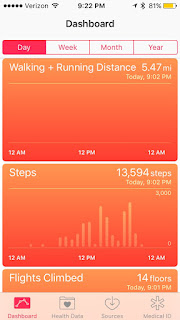 we were doing a ton of eating during this trip, but this was my average daily activity.  all that sightseeing and walking and shopping and stuff adds up.  you know what that means, right?

Email ThisBlogThis!Share to TwitterShare to FacebookShare to Pinterest
Labels: eating my way through the city, san francisco, sightseeing