partying hard for the 4th

4th of july in newport beach is...very different than 4th of july at home. heh.
that's a good thing, by the way! i mean, yeah, being at home is fun and relaxing too, but not in the same way. folks at the beach are super laid back and friendly...although i'm not sure if that's just the norm or if the vast quantities of alcohol came into play there. and everyone is super patriotic - we saw lots of stars and stripes everywhere (and even in places where they maybe shouldn't have been, if you know what I mean).
i was pretty excited that my entire family went all in with my matching shirts and headband, though: 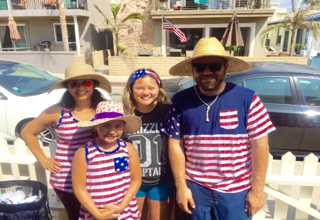 about five minutes after we took that, though, we walked down to the beach and the shirts all got ripped off during the quest to make a giant sand castle. 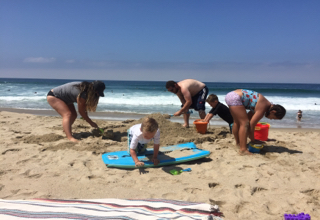 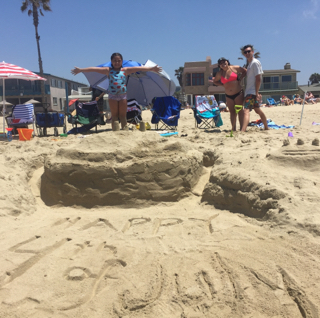 one of the best parts of being nearby is that we could easily go back to the house to eat or potty or whatever we needed. we could leave our chairs and stuff and not worry about anyone messing with it. when we headed back for some lunch we noticed that someone had been busy in the sky above us. 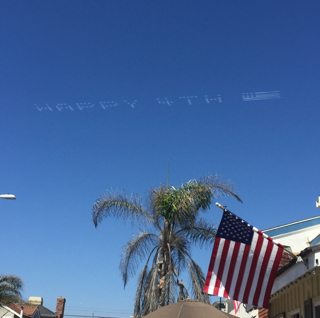 so i forgot to mention that our house was sandwiched between two very active and rambunctious frat boy-style party houses. the first two nights were pretty wild and very loud - i know, i know, what did i expect in newport, and during a holiday weekend to boot? oh well. but while the house across the street from us had been relatively peaceful and quiet, the 4th somehow turned it from dr. jekyll to mr. hyde. every time we looked out there, the party got bigger and bigger and it was quite the rager. 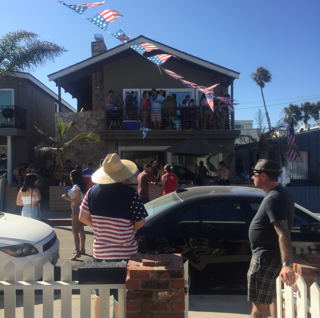 we were in the perfect spot to just sit back and do some pretty fantastic peoplewatching. the hub and his buddy just hung out on the porch, smoking a cigar and watching the action. 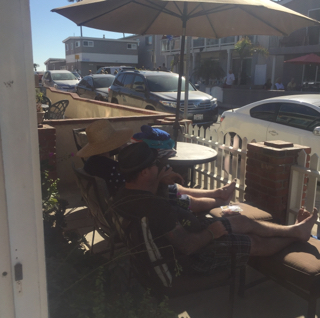 and then it got even more interesting when the popo showed up to break shit up. 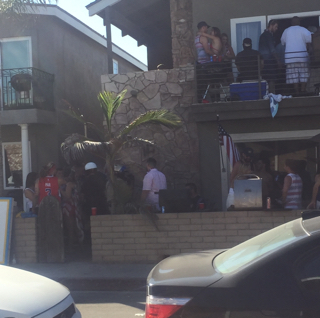 it was all caught on film by a couple of different street reporters. 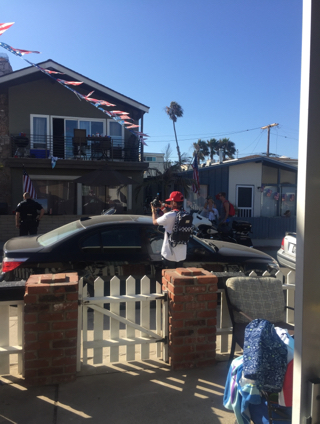 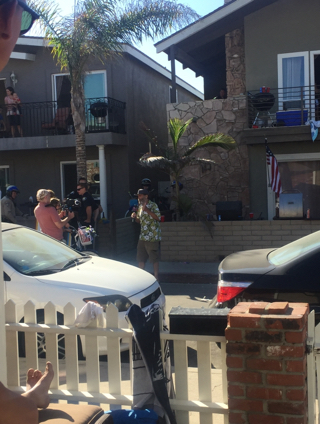 after the ticket had been issued (and a $1,000 fine imposed!), the party broke up and we headed back inside to tackle a little project we'd brought with us. we'd found a white house cookie kit at trader joe's and brought it along to assemble between beach trips. it had prebaked and preshaped sugar cookies and ready to use royal icing for the glue. 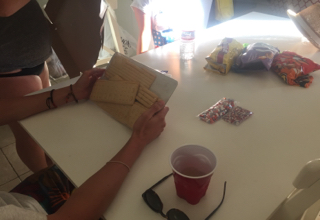 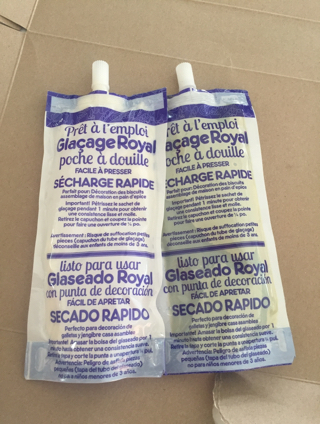 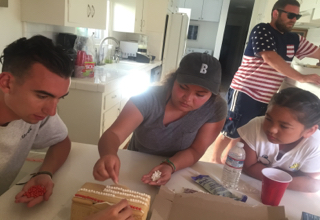 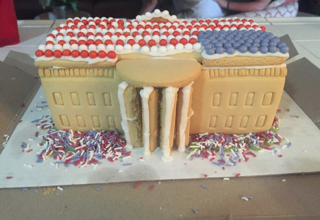 after a delicious dinner of steak and veggies on the grill, we went back to the beach to watch the various fireworks shows up and down the coast. 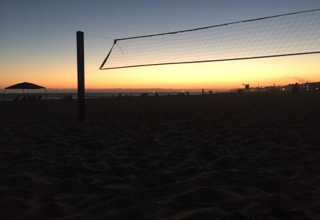 fun, food, friends, fireworks. what more could you want on the fourth?