i just couldn't leave newport without getting at least one more run in. it's always so nice to have some different scenery to distract me while i'm huffing and puffing my way through a run. not to mention, morning weather down at the beach always offers the most perfect conditions - cool, cloudy, lovely.
the old lady had planned to join me, but had hurt her ankle during that ROC race a couple of weeks ago and ended up having to opt out. bummer. and so i headed out for a solo "goodbye newport" 5K. 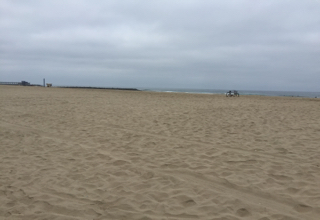 it wasn't nearly as crowded as it had been on the fourth, so it was nice not to have to dodge a bazillion people along the way. 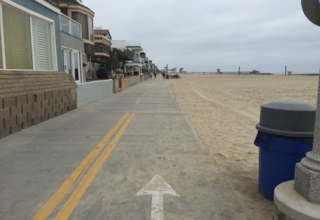 i'd read that a statue had been unveiled that week honoring a lifeguard who had died while saving someone in the water. this banner reminded me to look for it on my way back. 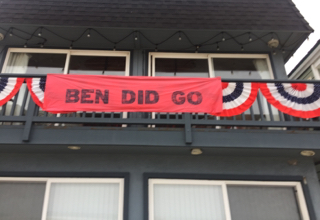 i reached my halfway point pretty quickly and turned around to make my way back. 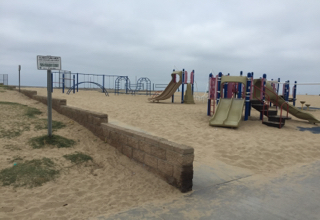 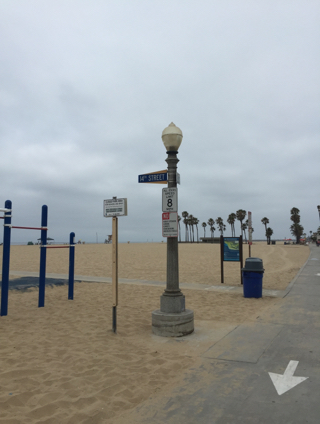 this little cafe was already pretty packed, even at that early hour. 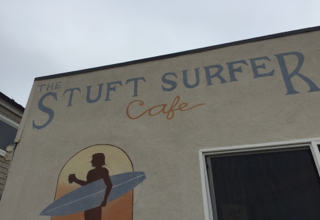 as i approached the pier, i noticed the lifeguard station that had been renamed in honor of their fallen comrade. 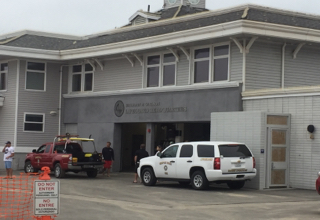 not too far away, i found the statue. 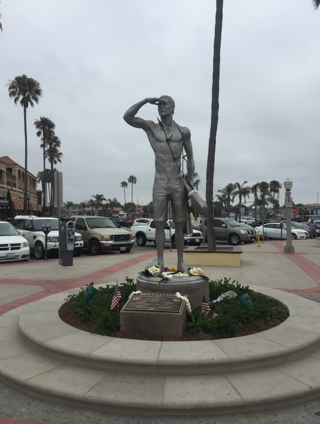 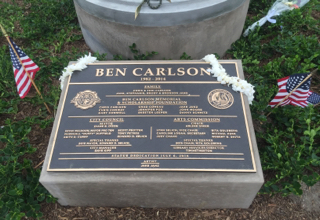 the donut shop that had been so crowded a few days before was much quieter this time. 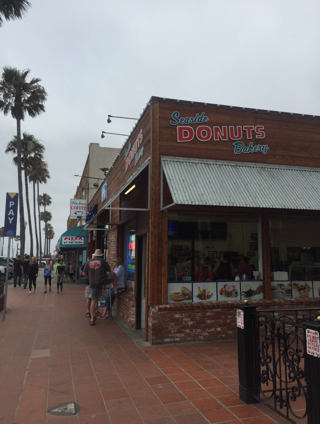 and although i'd only been out for half an hour, the area had gotten a bit more crowded with folks getting an early start on their saturday fun. 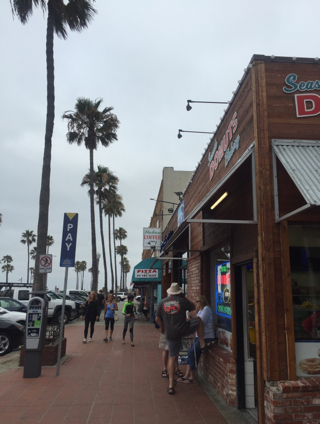 i got to the end of the path and turned off to finish my run in the bike lane just behind the beach: 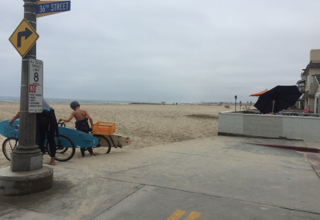 got one last look at the ocean: 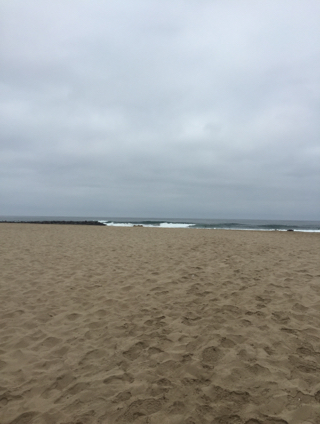 and dug my feet in the sand one last time. 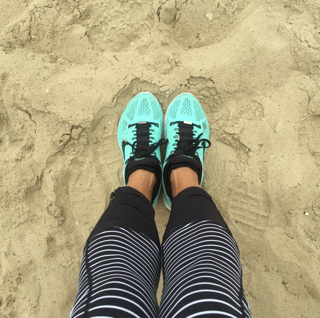 back at the house, the hub and the old lady were busy getting ready and packing up the rest of our stuff to pile into the car for the ride home. the bean slept in until almost the very last minute, and after all the beds were stripped, the towels gathered up and the dishwasher running for a final time, we left the key in the lockbox and trudged out through the side door.
bye, newport. thanks for an awesome week! see ya real soon!