heading out for a reward

in an effort to avoid cabin fever, we've been piling into the hub's truck one day a week for a nice drive out somewhere for a scenery change.  one day we drove all the way to cayucos, taking in the ocean view and grabbing a sandwich for lunch from the only spot open in town. 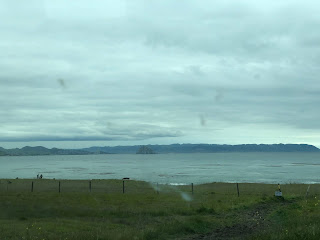 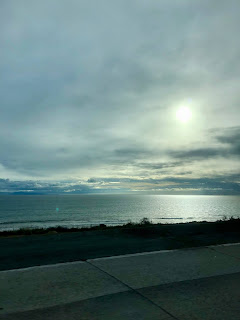 another day we headed up to lake arrowhead, where we found a closed-up lodge resort and took the dogs out for a quick walk. 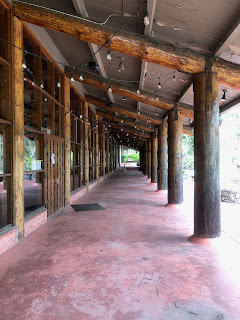 and then last weekend we decided to head out even further.  the hub had read about reward mine, an abandoned gold mine out near the manzanar historic memorial, and it sounded like a pretty cool outing.  the bean got herself all comfy and settled in the back seat with her homework and the dogs and off we went for a 3-hour drive way up the 395. 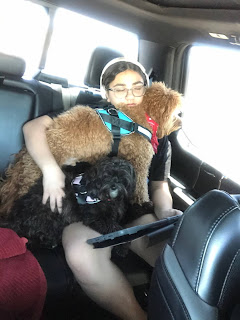 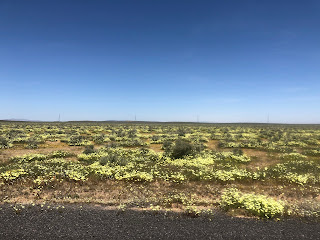 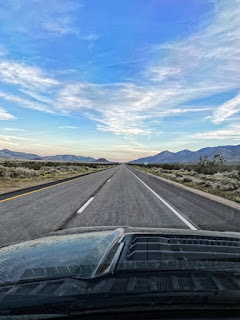 when we got to the turnoff for the dirt road that led up to the mine, it started out as a partially paved road.  seemed...not so bad.  and then it got really hairy, turning super narrow and rocky and bumpy and scary and fun and hilarious all at the same time.  after making our way up that trail at a snail's pace, we found the opening to the mine and a pretty sweet view just beyond it. 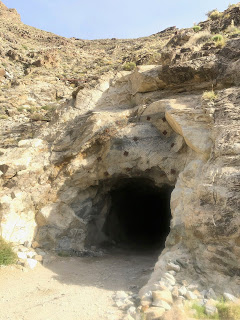 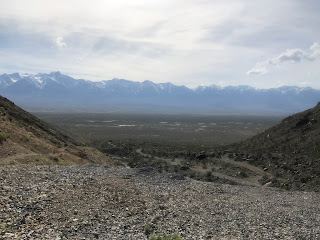 we knew from doing a little research online that we could walk down the main tunnel for about 3/4 of a mile before it would branch out into 8 different directions.  some people were brave enough to actually drive through it, but we weren't really feeling quite *that* adventurous.  and we'd somewhat jokingly discussed how much it would suck if we were down there exploring and an earthquake hit, trapping us inside with not a single soul nearby and no one knowing we were there.  yeah...no.  but we did head on in to walk what we could, taking the dogs on a leash and grabbing flashlights to guide us through.  while it was 90 degrees outside, the moment we set foot in there the temperature dropped  probably 30 degrees.  crazy. 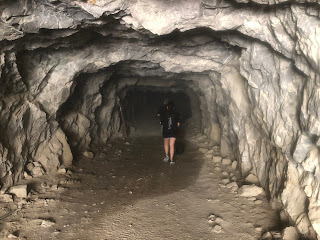 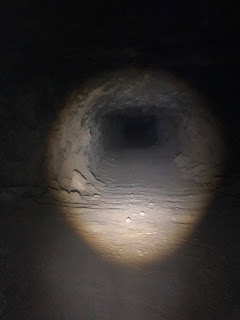 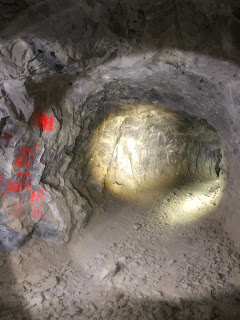 no one was willing to climb this ladder. 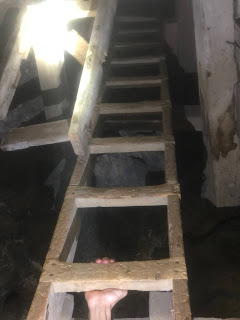 there was plenty of evidence of visitors who'd come before us. 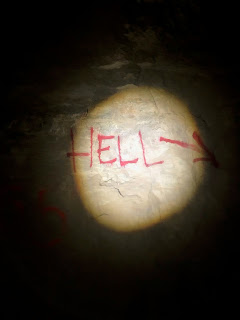 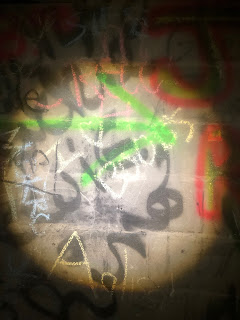 and then we got to the wall that told us we'd gone as far as we should. 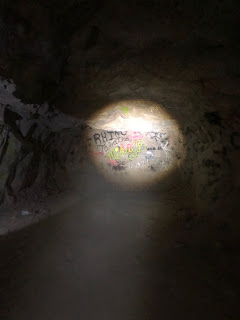 heading back was a little rough, because the entire way we'd walked downhill.  despite the cool temperature in there i was sweating and huffing and puffing as we climbed the hill back up and towards the opening.  i was pretty happy to finally see daylight again.  i can't even imagine what it must have been like for the men who actually worked there so many years ago.  no, thank you. 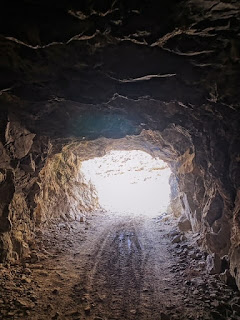 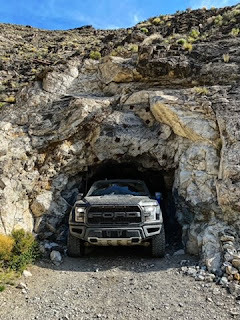 once we made our way back to the main road, we went a little further in the other direction and found another part of the mine.  you could see portions of old buildings and mining equipment along the way and some cool rock formations on the side of the mountain. 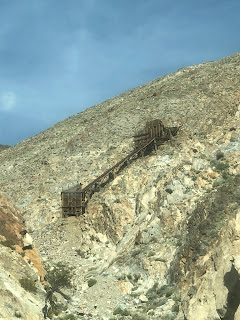 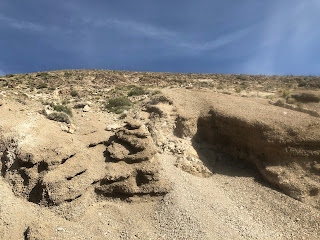 and then on the way back out towards the highway the hub noticed what looked like an old runway and couldn't resist stomping on the gas and driving like a bat outta hell up and down it a couple of times while the bean and i squealed in half fright/half glee. 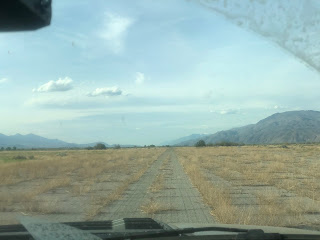 at the end the bean got to experience her first "donut."  heh. 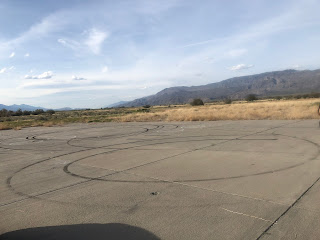 although the manzanar memorial is closed, like everything else, due to the pandemic, you could still do the self-guided auto tour through the grounds of the old internment camp.  we've done this a few times before, but i always feel compelled to go and pay my respects, even if it's just by driving through and remembering the stories i've read about. 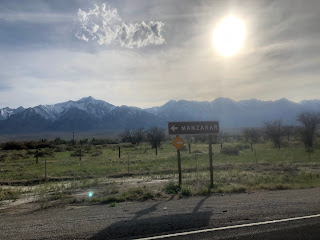 and on our way back through lone pine, we stopped and grabbed some terrible fast food at mcdonald's since we wouldn't really have much to pick from for the next few hours on the way home.  i love this super retro sign at the mt. whitney motel, where lots of folks stay before heading out to climb the mountain. 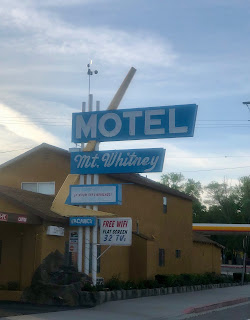 we spent a lot of time in the car that day, but exploring that old mine and doing a little off-roading was totally worth it. not to mention that it got us out of the house, gave us something to do and still managed to maintain social distancing.