remember the old days of chasing food trucks and attending fun food fests?  yeah, me too.  those were a good time. and going to the fair to eat all the fantastically bad-for-you junk food?  sigh.

2020 pretty much made all things fun slam to a pretty abrupt halt.  but people have started getting creative, doing their best to adapt to our current circumstances and trying to salvage as much of their business as possible.  one example:  the fair foodie fest, held at angels stadium to offer grub from a handful of vendors you'd typically only see at county fairs.  there's no admission fee, you stay in your car, pay with card instead of cash, stop at the vendors that catch your eye and then drive on outta there with your fair food in hand.

the entrance was a little tricky to find, which was funny since the whole thing was visible from the freeway but not as simple to get to.  and then there was a fender bender in the street, which added to the confusion.  but still, we finally figured it out and finally drove in to see what there was to see. 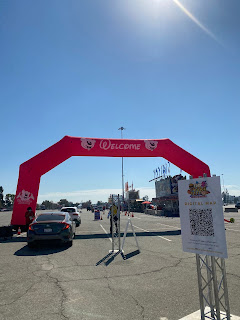 we'd RSVP'd on their website, which gave us a coupon for a free funnel cake.  when we pulled up to the entrance we were greeted quite enthusiastically - maybe a little too much so, as the guy practically crawled through my window to hand me the little paper bag containing the sliver of funnel cake. 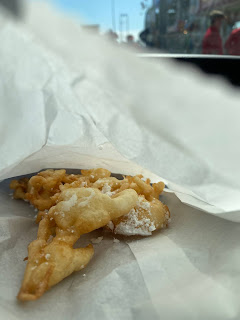 the first booth offered greek food, which sounds great except for when you're looking for greasy deep-fried fair food.  so we kept on going. 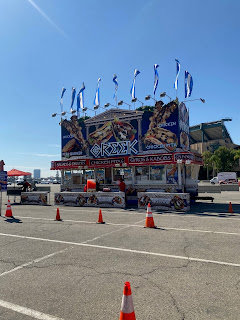 we did stop at the next one though, because they had the roasted corn topped with hot cheetos that the old lady was craving. 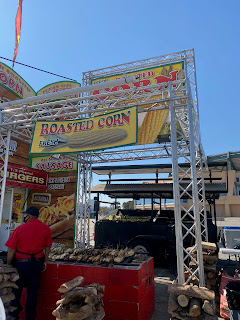 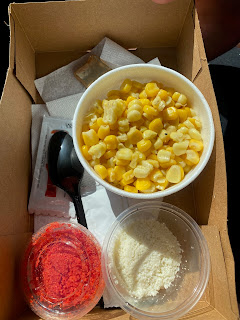 they had random props and things placed between the food booths, which was kind of fun and added to the "fair" atmosphere. 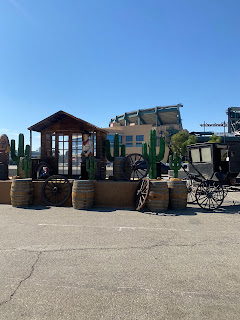 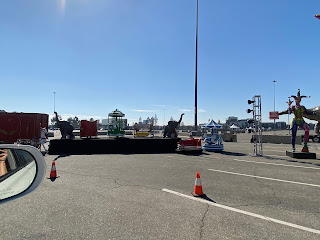 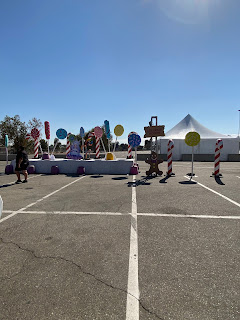 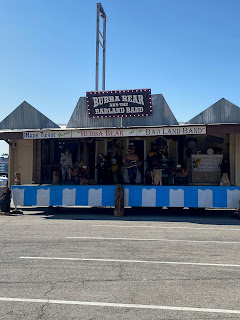 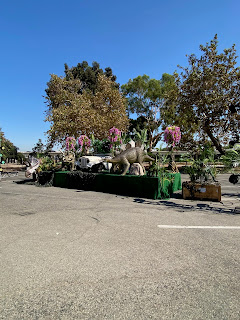 and they had a couple of the fun houses placed there too, which i guess would kind of be a tease if you were into those things. 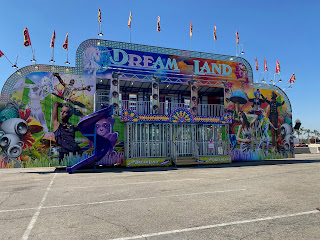 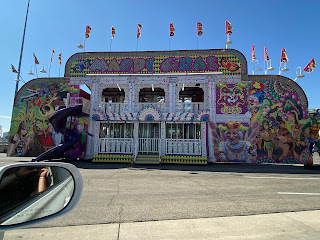 these guys were offering bbq plates and curly fries, which didn't sound particularly appealing at the time, so we passed.  we did notice that those prices are just like the ones at the fair, but when you consider that there's no entry fee for this thing and they're just trying to make some money that they didn't get to make during the fairs, it's totally justified. 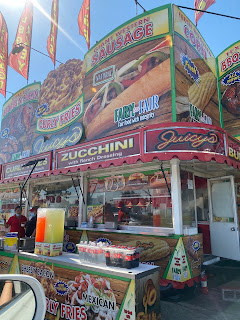 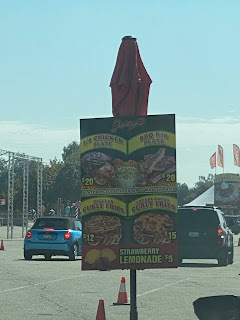 the turkey leg stand got the bean's attention. 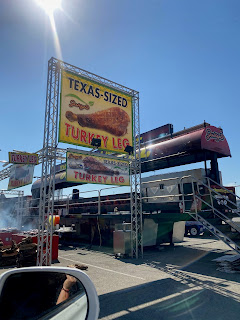 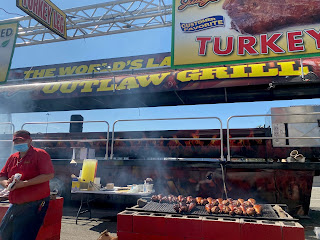 as did the one offering deep fried treats.  we got the oreos to share. 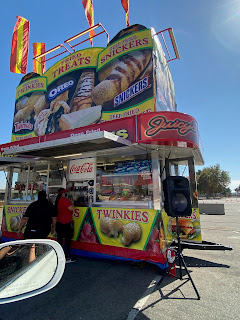 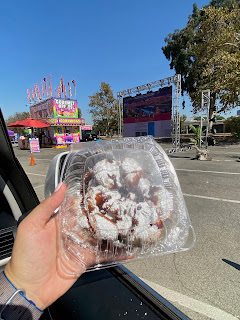 we passed up the slushie stand and went for the one offering kettle corn.  i spotted bacon-wrapped corn dogs there too, and that's what i ended up ordering for myself. 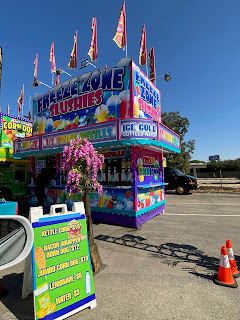 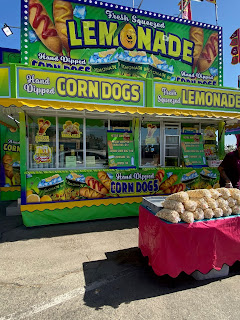 there was a lineup of carnival games to play from the car too.  i considered stopping for about 3 seconds, until we noticed the prices.  uh...pass.  we waved at the carnies who were trying to flag us down, and made our way towards the exit. 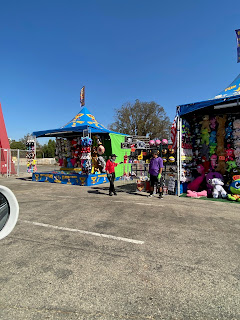 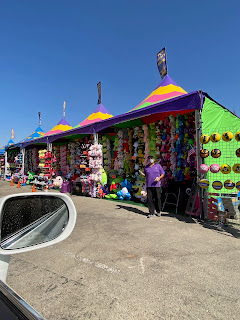 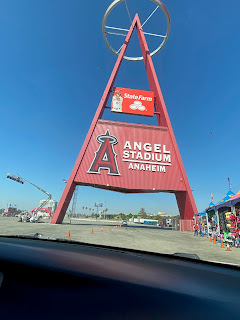 we drove home as fast as we could and then spread everything out on the counter.  that's when i was super sad to realize that my corn dog wasn't bacon-wrapped.  such a bummer.  i ate it anyway because i was starving, but it wasn't as delicious as i'd envisioned the whole drive home. 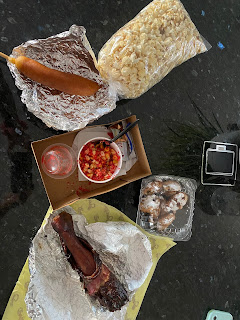 and that concludes the fair foodie drive-thru experience for us.  there's another one at the OC fairgrounds, but i don't know if we really want to drive all that way for it.  and we have a couple more drive thru experiences to do before the year is out.

it may not be what we're used to, but we're making the best of what we can get!

Email ThisBlogThis!Share to TwitterShare to FacebookShare to Pinterest
Labels: foodie fun, going to the fair