it's been really fun revisiting some old recipes and really taking advantage of this fantastic new kitchen.  one morning, i decided we really needed a batch of aebleskivers for breakfast.  i hadn't made them in forever, and after our failed trip to solvang a couple of months ago it just sounded really good. 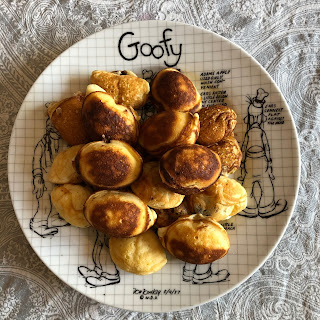 i filled them with little dollops of nutella, and they were just as good as we remembered.

and then i was hit with a craving for rum cake again, so i busted another one of those out.  it's so good, but the bad thing is that i'm the only one in the house who likes it - which means i'm pretty much eating the whole thing myself.  eek. 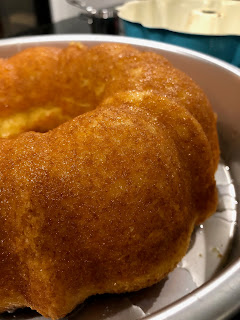 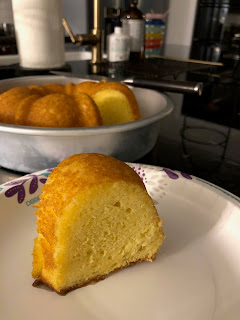 last week i came across a recipe for thomas keller's bouchons.  i figured i'd give it a try, despite the THREE sticks of butter the recipe called for.  yikes.  and while they were fudgy and delicious, they weren't exactly the same as the little nuggets of happiness the hub brings home from his trips to vegas.  close, though.  pretty stinking close. 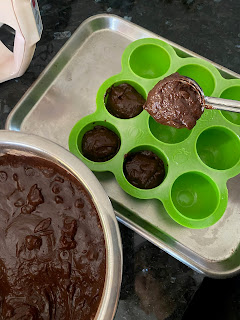 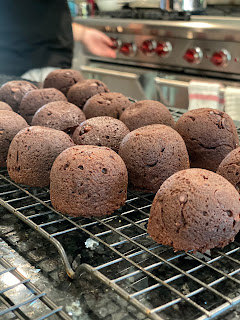 the bean did a little baking this weekend too - in her case, a recipe for chocolate crinkle cookies that was a dupe of the ones they serve during the holiday cookie stroll at disney world.  not something we've ever been able to attend, but that's okay. 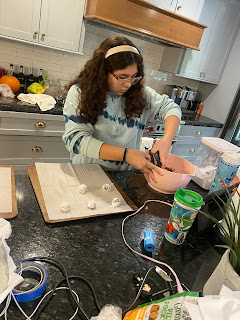 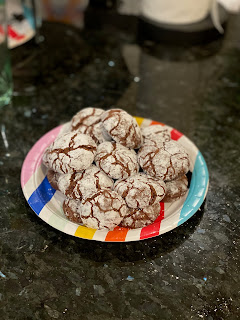 the old lady, not to be left out, tried her hand at her first pumpkin pie.  i'm not a big pie person, but even i have to say she did a pretty fantastic job. 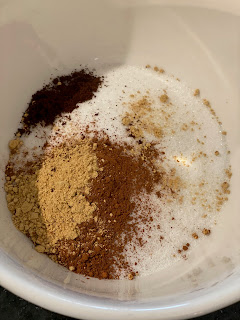 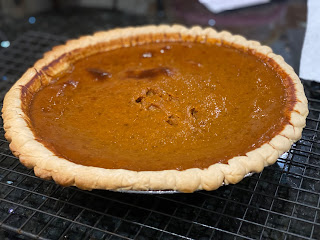 and one morning she tried out chrissy teigen's recipe for oatmeal cacio e pepe - a delicious, cheesy, peppery savory oatmeal dish that sounds really weird until you try it.  it's amazing. 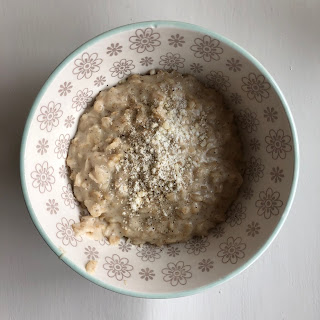 in keto news, i found a recipe for frosted lemon cookies that the hub seemed to like. 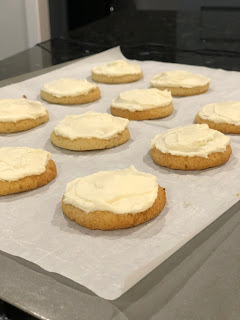 and we tried cloud bread for the first time.  it's weird - fluffy and light and airy...not really like bread at all.  but it was good, in a very odd way. 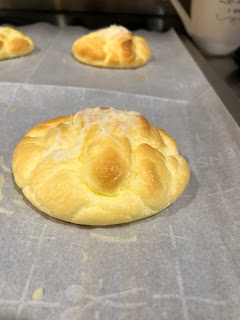 there's a ton more recipes for all kinds of deliciousness i want to try, and with the weather finally cooling off i'm excited to get into some warm, hearty meals for dinners.  maybe this will be the year i finally find a recipe for pot pie that the hub will actually try.