to market, to market

for years, there was an old abandoned brick building in glendora that housed a hostess and wonder bread bakery.  it sat vacant for ages and ages after they filed bankruptcy, but then one day we found out that it finally had a new owner.  and that owner was hoping to breathe some new life into the area by bringing in one of those food hall type places that's the cool thing to do these days.

progress on it was really slow, with the shitton of rain we got last year, plus lots of delays and red tape to go through - and then, of course, the onset of the covid era.  i was starting to think the place was doomed, but they posted updates on social media as often as they had them.  and then as the summer progressed, they started sharing names of vendors who had signed on to occupy space in the building.  it sounded really good, with lots of diversity - something this very, very white bread area desperately needs.

glendora public market officially opened during the last weekend of september, and from what i could see via facebook and instagram, was super busy with lots of folks coming in to see what it was all about.  because of local health guidelines, they weren't able to offer indoor seating and were only allowed to have six total vendors open for business.  this did not go over too well with the hordes of people who waited in long lines and seemingly had zero patience for this brand new venture that had prepared as best as they could under the circumstances.  people can be such dicks sometimes.

we held off on going until a few weeks had passed.  and then one day the bean got out of her second period class early, and the old lady suggested we head over to check it out and and grab some lunch.  so that's what we did. 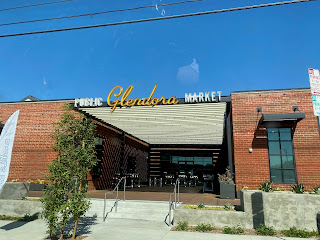 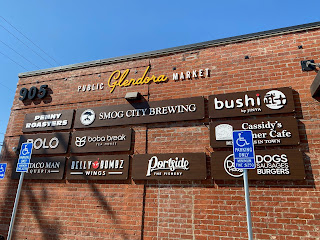 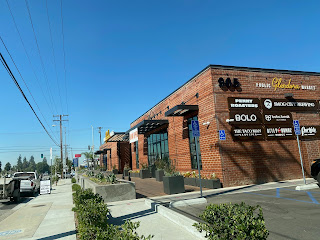 the very first vendor i spied when we walked in the door was the one we all decided to order from.  fried chicken served on butter buns?  yes, please! 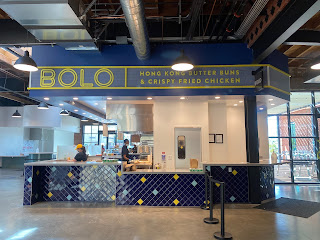 after we placed our order, we walked around the rest of the building to see what else there was.  next door offered breakfast - bagel sandwiches, pastry, things like that.  we filed that away for future use and continued on. 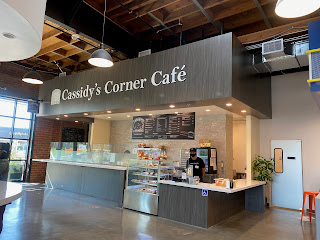 the space right across from them is reserved for a crepe maker, which is one of the bean's favorite things.  i'm sure we'll be trying them as soon as they take occupancy. 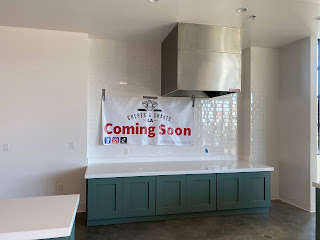 the taco man was super popular.  the line of customers stretched almost halfway into the building. 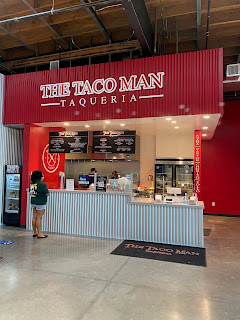 this is where the ramen place will be, and from the looks of the menu, could very well end up being a hot spot.  i hope it opens soon. 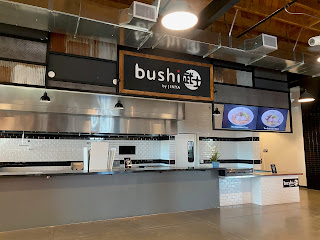 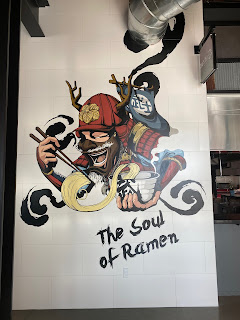 belly bombz sells korean style wings.  while they await city approval, their food truck is parked just outside and serves every day till they run out. 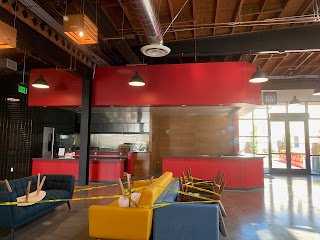 the other half of the building houses the brewery, which also has a large seating area.  this will probably attract a ton of people, especially if they bring in games and things for kids to do while their parents guzzle down that craft beer. 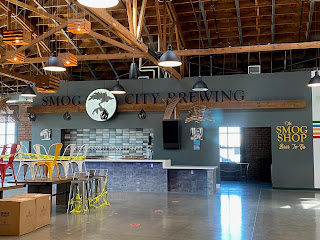 portside looks promising, with fresh seafood and tacos and chowder on the menu.  i want to try it next. 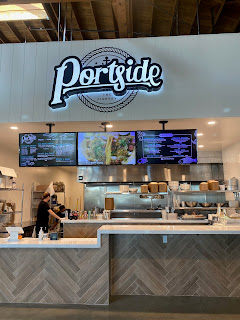 and of course...boba.  we picked drinks from their extensive menu to take home. 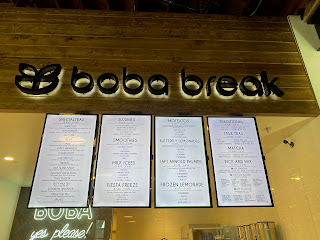 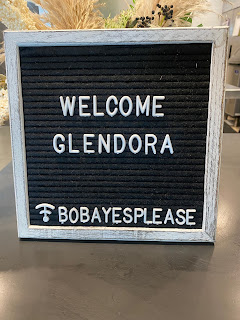 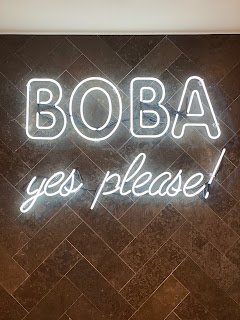 penny roasters looks like a serious coffee place.  kinda reminds me of intelligentsia.  like, too serious for me.  i'm a pretty basic bitch when it comes to coffee - i like my drinks milky and sweet and caramelly. 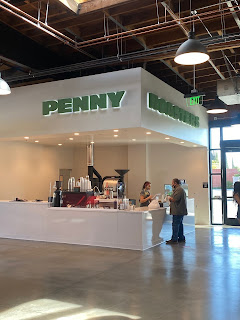 we brought our sandwiches and drinks home, where we enjoyed them in the comfort of our own dining room.  and i'm pleased to report that everything was delicious and we can't wait till we can go back and eat some more. 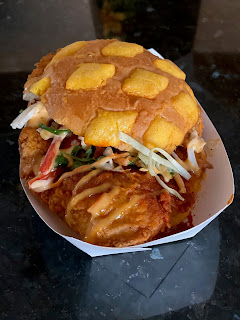 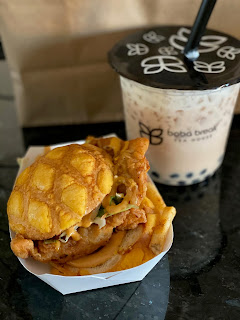 promising start, glendora public market.  i'm rooting for you to be successful and bring in even more delicious, diverse grub.  don't let me down.