we've been having fun making all sorts of stuff to eat around here lately.  i guess that's not really anything new though, is it?  we have tons of free time and all kinds of recipes that we find on social media - but i still haven't fallen into the trap of homemade sourdough.  and it's not even like i don't have the ingredients for it, i just haven't really been that interested in it.  huh.

you know what i AM always interested in, though?  cake!  one day, we just got hit with a craving for some shitty strawberry cake mix cake and so that's exactly what we made.  i did make some cream cheese frosting from scratch for it though, so that makes it okay right?  and i busted out some tools to play with some basic decorating, which was really fun.  watching instagram reels on cake decorating is always inspiring even though we all know i really suck at it.  see?  whatever.  it tasted pretty dang good. 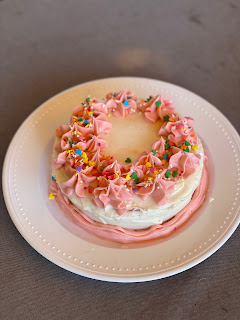 my friend nanette posted about a mochi cake mix she'd found at trader joe's, which caught my attention because we have a nice supply of sweet rice flour in the house.  i turned to my other friend google to find a recipe, and as i read through the first few hits it occurred to me that the ingredients sounded very familiar.  most of the recipes were pretty much the same, and so i just picked one and made it.  it was pretty simple - the sweet rice flour, sugar, eggs, coconut milk, a few other basics.  then bake at 350 for an hour and cool completely before slicing and serving.  and when i took my first bite i realized why it seemed so familiar...this mochi cake is basically the same thing as filipino bibingka.  i was never a huge fan of bibingka growing up, but i can tell you that i love it now.  i don't even have a decent picture of it because we were so busy gobbling it down. 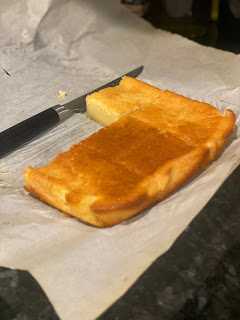 the bean has been joining a small group of girls in her class for a weekly session led by one of her friends' moms, where they talk about things like friends and confidence and bullying and self care.  it's been a really nice thing for them since they've been apart for a year now, and every time i go to pick her up at the end of the session i get a few minutes to chat with their parents as well.  we decided to make some homemade treats for her to share, which gave me the chance to try out a couple of recipes i'd had bookmarked.  the sugar cookie bars looked and tasted a lot like those frosted cookies you find in the bakery section at the grocery store, and the brownies are a copycat recipe for ones served at disneyland (which i don't actually remember seeing, but whatevs).  both turned out delicious. 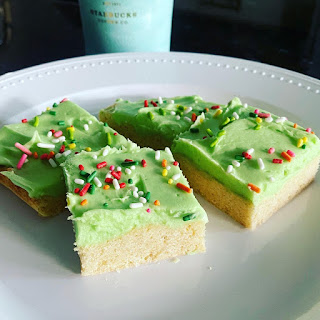 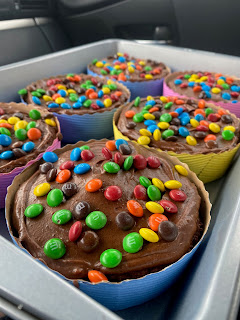 a trip to the japanese grocery store yielded the makings for a simple shabu shabu, which we were excited to try.  i dug out our old fondue pot, poured in the soup base and tossed in some fresh asparagus.  a little swish-swish with the chopsticks and we had ourselves a fun little meal on a cold rainy night. 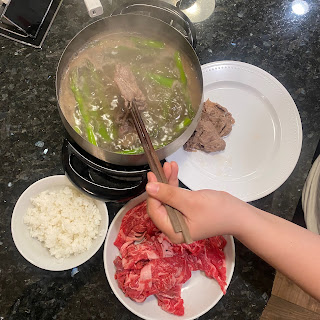 of course, st. patrick's day was all about corned beef and cabbage. 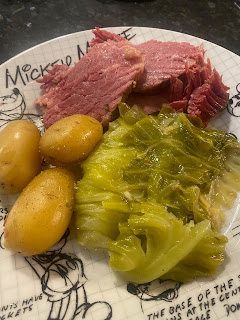 and check out these glamping-themed cookies!  these were really fun to make. 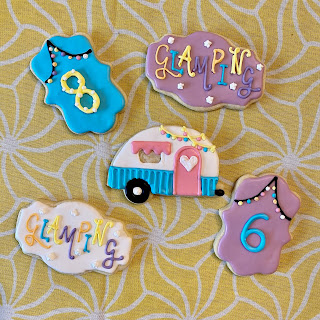 we had a birthday parade to attend, so i'd thrown in a couple of extra cookies to attach to the birthday girl's gift. 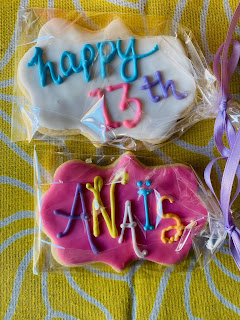 next we have a cereal-and-milk pie recipe that we've been dying to try.  there's a local bakery that serves a "cereal killer" pie that sounds delicious...basically a fruit loops-infused cheesecake with a nilla wafer crust, and it's next on our list of treats.  i hope it's as good as it sounds - i'll be sure to report back.  hopefully with pictures.  we'll see.
at March 25, 2021