now it's time to say goodbye...

it's no secret that we adore all things disney.  disneyland has always been our favorite place, and the old lady still has great memories of her first trip to disney world when she was about four.  and in between visits to the parks, we would head over to the mall to browse through the disney store.  the closest one to us was in montclair, and it was a really big store that even had a little quick-serve restaurant in the back.  she doesn't remember that part because they closed it sometime in the mid-90s, but i used to love heading out there to grab a mickey-shaped PB&J on my lunch break.

the montclair store was one of the few that never got that magical disney remodel, and it was like a fun disney time capsule every time we walked in there.  the news came a couple of weeks ago that a whole bunch of disney stores were on the chopping block - likely due to covid, like everything else - and of course, our beloved retro store was on the list.  before they closed down for good, we decided to head over for one last visit. 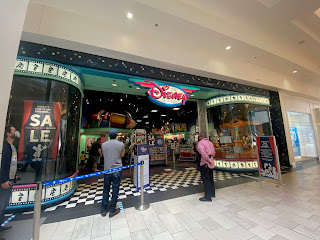 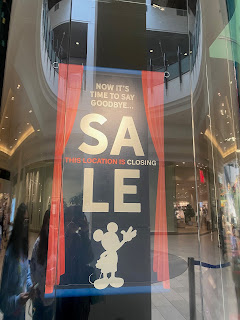 it was a friday afternoon, but there was still a pretty considerable line of folks waiting to get in.  but in typical disney style, it moved pretty quickly and before we knew it, we were next to enter. 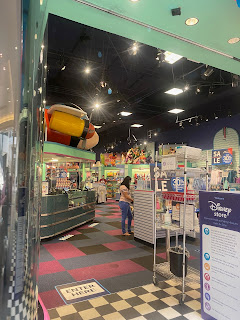 i have to admit, i hadn't actually looked at all of the decorations and things inside the store in a very long time.  it's usually a quick visit to peruse the merchandise for sale, sometimes in search of something specific, and we're in and out in minutes.  and so this time, i stopped to take in all of my surroundings - starting with the front cashier that was shaped like a box office. 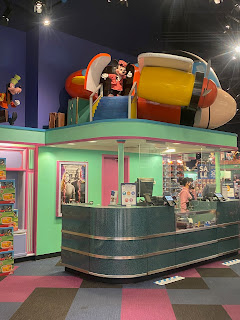 just as i remembered, the characters that adorned the tops of the shelves and racks were super dated.  it was like walking through the disney channel line-up from about 1993. 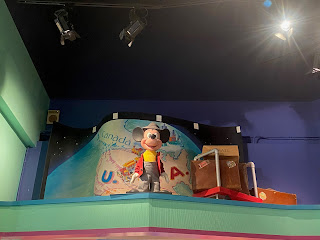 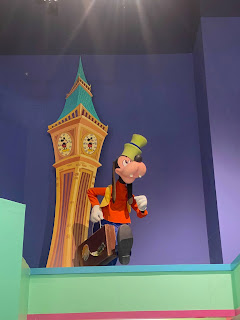 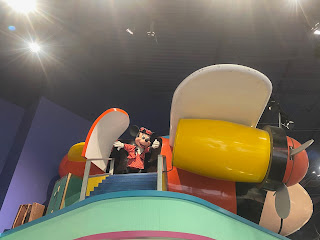 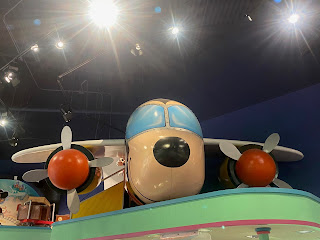 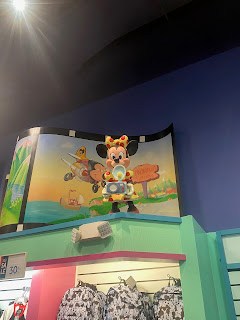 aside from the fab five, mostly classic disney movie characters were there with nothing newer than "the little mermaid."  i think that came out in, like, 1989. 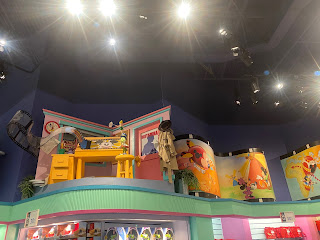 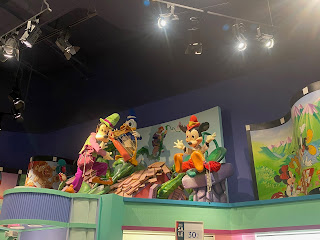 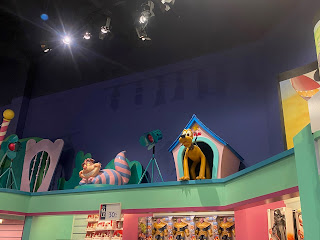 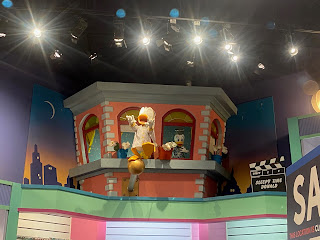 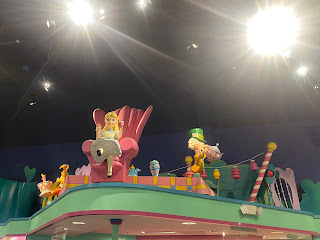 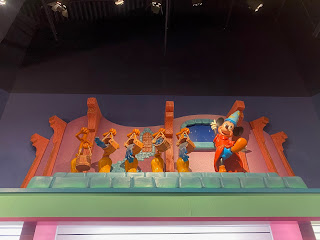 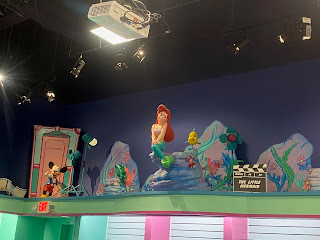 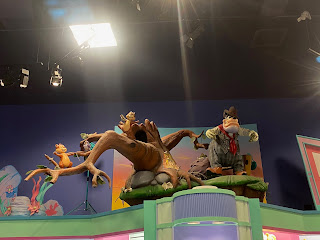 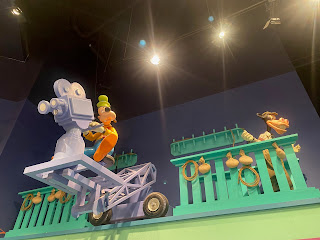 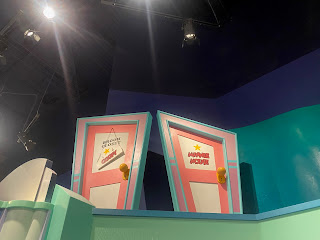 and the section of the store that held the most memories for any of us was already blocked off - you know, where they would place the mountain of soft plush toys.  both girls adored going back there to hug the stuffed animals of their favorite characters, and the bean remembered actually jumping into the pile a couple of times before we were gently admonished by one of the cast members.  heh. 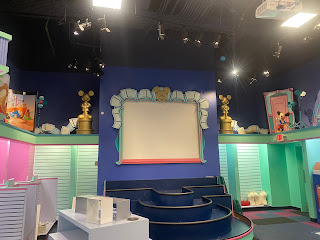 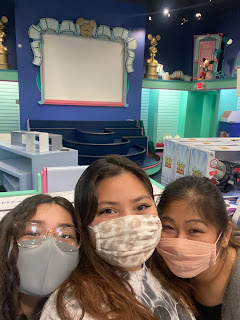 what was left in the store was all 30% off, and we'd found a few things to take home.  after we paid, we took one last look and then snagged a quick selfie in front. 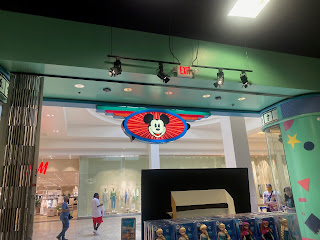 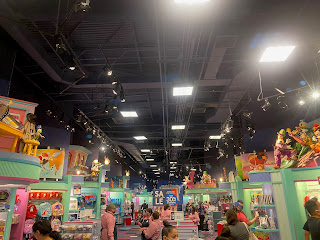 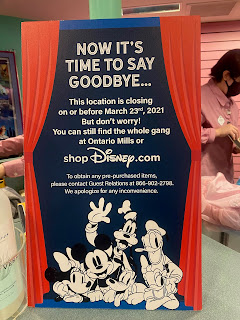 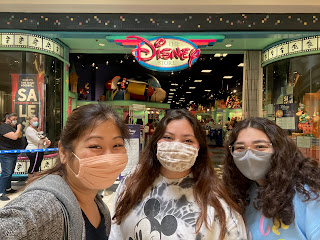 they're also closing the disney store in the other mall we frequent most often, and so now we have just one option left within a 10-mile radius.  but with the parks at the disneyland resort finally planning to reopen at the end of next month, we'll be able to get our dose of disney magic again.  i'm not sure when we'll get to go, with annual passes now a thing of the past and a reservation system coming that'll allow maybe 25% capacity plus a whole lot of fellow disneyland fans just itching to get back  to the parks.  but we're patient.  we've waited a whole year already...what's a few more months?
at March 24, 2021