busting out the ol' cheer uniform

the bean's cheer team began a mini-season a few months ago, taking all of the proper precautions and limiting the team sizes to the "small" category.  practices are held at their old gym, where they are temperature-checked prior to entry and masks required the entire time.  it's been a nice return to some sort of normalcy while getting some good physical activity for her on a regular basis plus getting to see friends again.

cheer competitions have adapted for this pandemic as well, with their first five or six competitions held virtually.  each team would record their routine and submit them, and then awards ceremonies were done several days later online.  and for their first competition recording, families were invited to watch and cheer their athletes on - while also being temperature-checked, masked and social distanced. 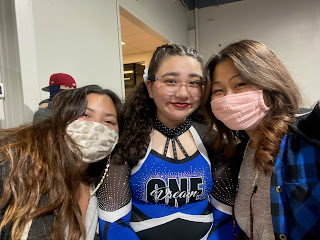 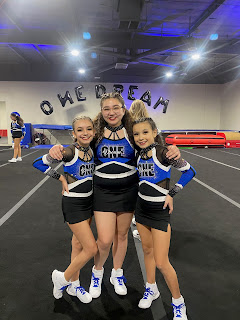 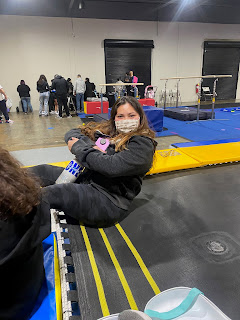 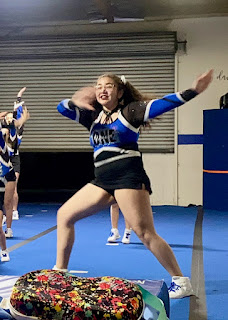 along with the silver sequinned chucks i wear to every competition, i had my friend becca make me some new good-luck charms: 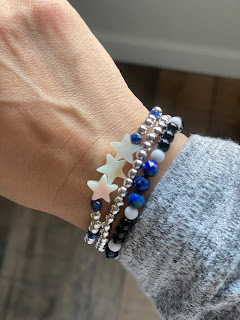 they're using the same uniforms as last year, but changed up their hair and makeup styles to keep things interesting.  i was asked to help with sewing up sparkly scrunchies for everyone, using fabric that they pre-cut and applied lots of rhinestones for the bling factor.  after a couple of trial runs, we finally got the sizing down. 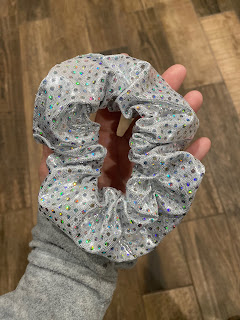 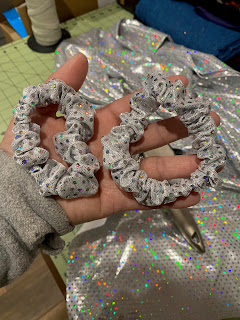 i had like 75 of these things to sew up so i got to spend lots of quality time with the ol' sewing machine, plus all the turning tools and fabric glue. 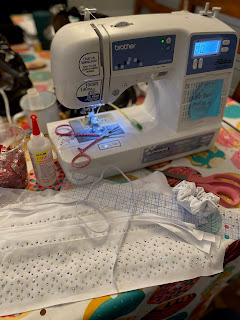 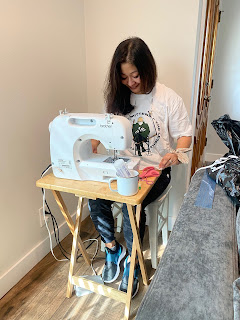 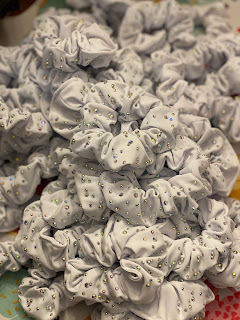 teddy seemed really interested in what i was working on.  i had to keep a close eye on him to make sure he didn't try to grab some and turn them into chew toys. 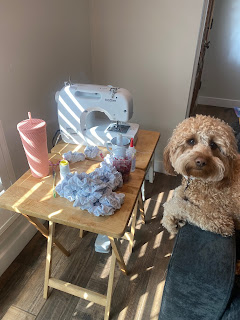 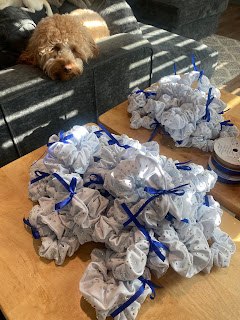 a couple of weeks later, they hit me up again to make more scrunchies in a different color.

i gotta say...if i don't sew up another scrunchie for a long time i won't be too broken up about it.  heh.  but they do look pretty awesome in the bean's hair, yes? 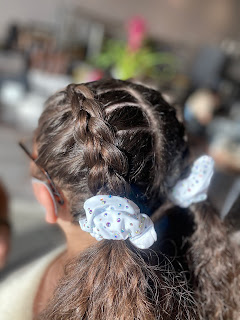