the bean got to participate in the junior high science fair this year, which was at once really cool and slightly stressful.  the students are allowed to choose their own topic, and the bean wanted to do something food-related to make it more interesting.  after scouring the google for ideas, she finally came up with an idea she liked - "how does the type of flour used in chocolate chip cookies affect their size, shape, texture and taste?"  after a little more research, she decided to use five different types of flour: all purpose, cake, almond, whole wheat and bread.  she'd actually wanted to add a sixth type - coconut - but we learned that you can't substitute it 1 for 1 in recipes.  something about the composition of it, i think.

she originally had in mind to have us do the taste testing and judging, but then the hub came up with a better idea.  it turned her science project into a community service of sorts - by asking a local firehouse to help her with determining the results of the experiment and also donating all of the cookies to the firefighters.  sweeeeet.

and so one evening she gathered up all of her ingredients to start baking.  she had to do the experiment twice, which meant two batches from each type of flour.  that's a LOT of cookies.  i suggested that she cut the recipe in half for each batch, in an effort to minimize the output as much as possible. 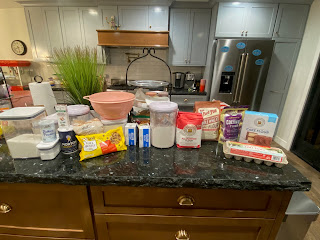 it was a fun learning experience for her, as she used the classic nestlé toll house cookie recipe but had to convert the measurements into grams to make it easier to cut in half.  i literally had to sit on my hands to keep from jumping up to help her so that it would go faster. 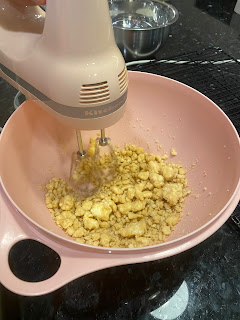 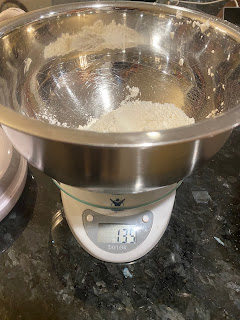 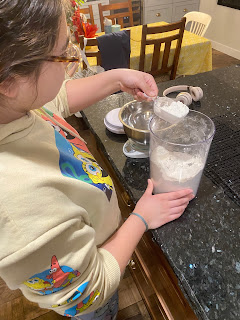 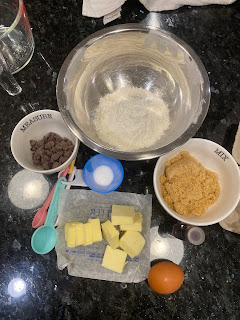 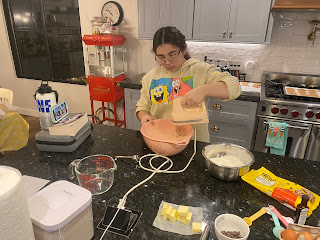 eventually she had all of the different kinds of dough mixed up and portioned out into perfect little scoops on sheets of parchment.  she was really careful to make sure that the measurements for everything was exactly the same, and enlisted my help in marking the parchment sheets to keep track of which flour was used. 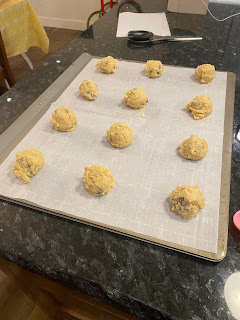 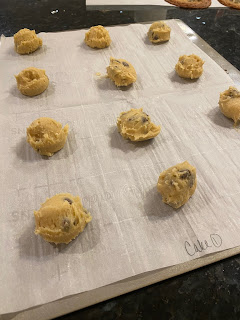 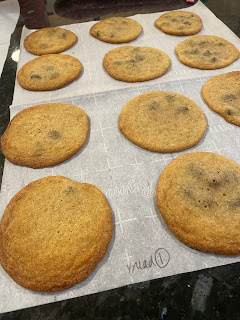 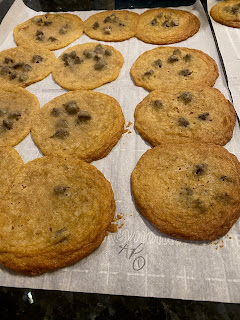 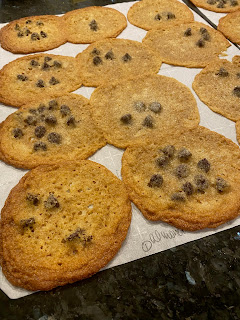 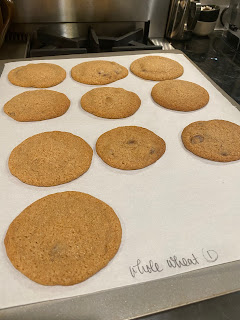 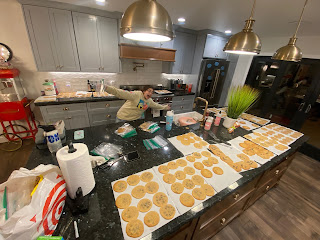 i helped her bag up the cookies so that they would stay as fresh as possible till the next afternoon, when we'd head to the firehouse for judgment day. 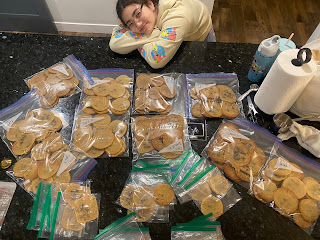 it was a loooooong night, people.  i think it was past 1:00 by the time we finally went to bed.  and then when she got up she got to work on creating the bags that each judge would receive.  inside the brown bag she put a sample of each kind of cookie, and then we headed to the nearby baking supply shop to find some sort of packaging for the rest of the cookies that we were donating to the firefighters. 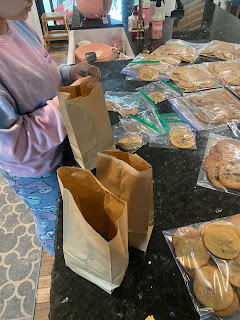 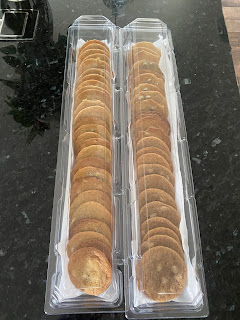 i did take a good number of photos of the shenanigans at the firehouse, where we met six very friendly and funny firefighters who cracked jokes and happily gobbled down the cookies we brought for them to sample.  this is the only one i'm able to share though, because for privacy purposes they asked us not to post their photos anywhere. 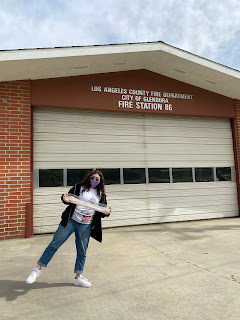 because of that pesky virus, instead of laying out all of the details of her experiment on a posterboard to be displayed at a science fair on campus the students were required to create a website that was reviewed by the science teacher and other faculty members.  the hub had helped her make up a scoring sheet that the firefighters used to rate the different types of cookies, and just to add to her data the four of us also did a taste test and scoresheet.
her final results?  well, the overall winner ended up being the cookies made with cake flour.  the least favorites were the ones using almond flour.  they had a very different appearance, although they did have a fun chewy texture that the old lady ended up really liking.
so the next time you decide to make a batch of homemade chocolate chip cookies, you might want to try subbing in cake flour for the all purpose if you have some in the house.  and if you do, let me know what you think.  just for funsies, of course.
at April 30, 2021