while most of the bean's cheer competitions were done virtually this year, there were a few that were done in-person.  of course, since california wasn't doing quite as well covid-wise as we are now, we had to travel out of state for them.  the first one took us to phoenix.  ROAD TRIP!! 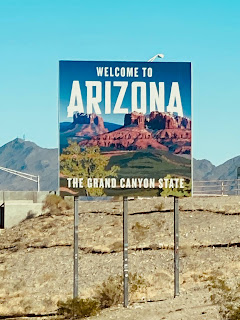 with the old lady, her special friend and stevie happily staying at the house to watch teddy and cocoa for the weekend, we hit the road and arrived at the good ol' four points sheraton in the late afternoon. 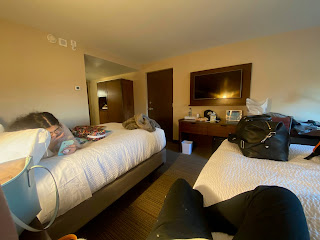 it was clean, quiet and convenient...and only for one night.  after we got ourselves settled, the hub did a little yelp searching and found us something delicious for dinner: 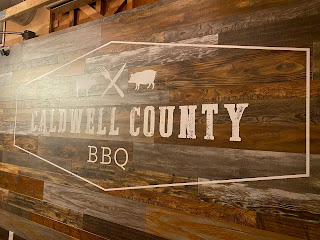 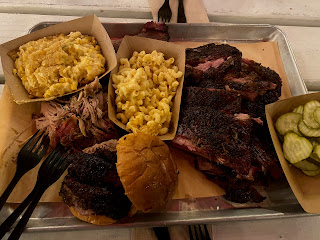 and after that, a fun dessert at a churro cafe.  they offered churro ice cream sandwiches, plain churros, filled churros, and little churro bites with dipping sauces.  yummy. 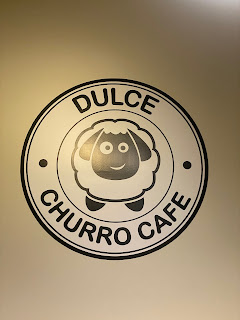 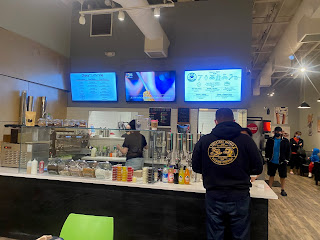 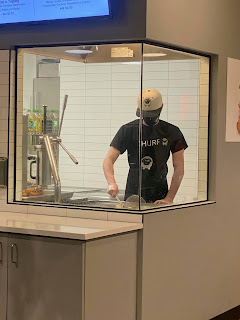 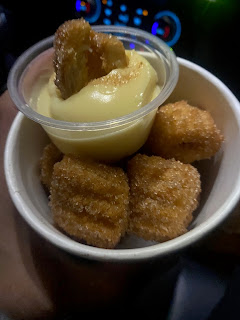 after grabbing some lunch the next day we drove out to gilbert to return to a spot we'd discovered at last year's competition in phoenix:  toasted, where they sell all things gourmet marshmallow.  we picked up a few treats to take home and shared a milkshake topped with a toasted marshmallow: 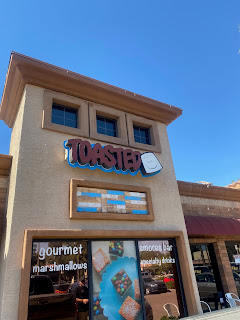 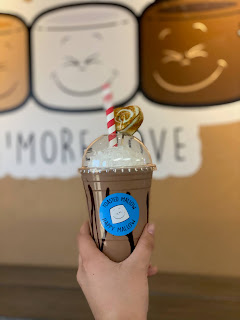 we met up with the team at the venue, a local private school with a fairly large campus.  the competition was run in a similar fashion as the one we'd attended at disney world last year - everything was run on a tight schedule (that was actually followed pretty closely, bonus!).  each team was given a specific time to check in and warm up, and then the families and spectators of only that team were allowed to line up and enter the arena.  masks were required and the bleachers were clearly marked for social distancing, and it was all very organized.  the bean was slightly nervous for the competition, but i think we gave her a pretty good pep talk and tried to hype her up as much as we could. 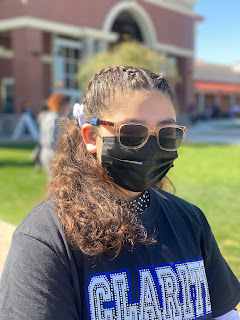 as always, i had my good luck charms on hand. 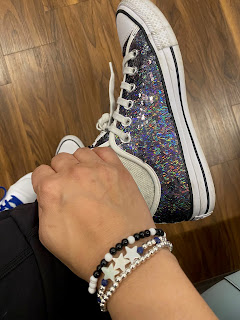 after all of the performances in the team's two categories were done, we gathered together in the school cafeteria and anxiously awaited the awards ceremony.  when it was time, they kicked things off by tossing out a bunch of competition tees, and the bean seemed pretty stoked when she managed to snag one. 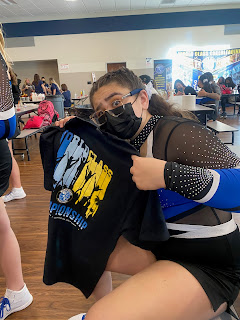 first place!  i forget what they won for this one - i think it was cash towards travel expenses.  and, of course, championship banners to add to the collection back at their gym.  they whipped their masks off for a few seconds, just to get this: 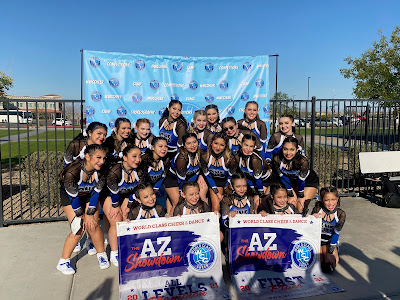 as soon as this photo was taken, we were back in the truck and on the road again, heading home in time for dinner. 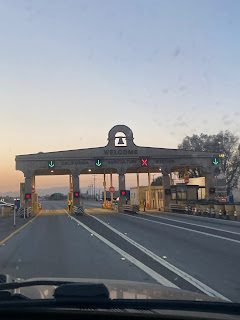 short but sweet.  just the way we like 'em.