wrapping it up at the quest

day two of the quest had us getting up bright and early again.  this time though, the old lady and her special friend were there to join the party, having landed a the same time that we had a couple of days prior.  lucky for them, we were already checked into the hotel and they were able to come right up and catch a few winks before starting the day.

as for me and the bean, we were up and out of there at about the same time as the day before, having again blown out her hair the night before and heading out to grab an uber to take us to the all star movies resort for hair and makeup. 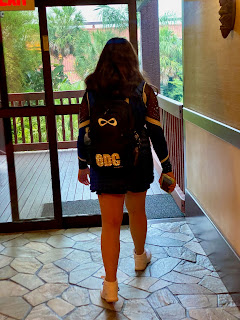 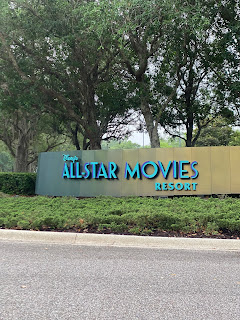 like before, it only took about 10 minutes for hair and makeup, which left us with some time to go downstairs to the food court and grab some breakfast.  because of covid, they were only taking mobile orders for food instead of going in to place our orders like before.  but they have the system down over there, and by the time we walked over to the pickup area our breakfast was ready.  i was pretty excited to start the day off with a mickey waffle - you know, the way god intended. 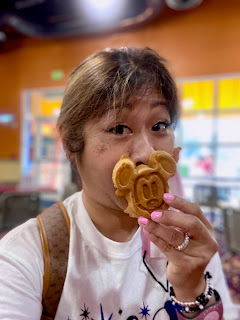 when we were done, we went back out to the front of the resort to wait for the uber that would take us back to the espn center.  the hairstyle for that day was different from the two dutch braids the day before - these cute little side braids that went up into a high ponytail, topped with one of those sparkly scrunchies i'd sewed up for the team. 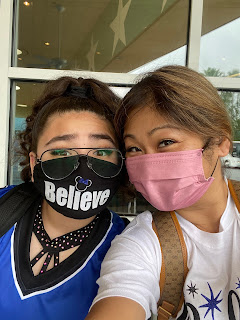 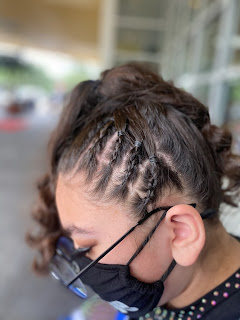 it was more crowded at the espn center this time around, with a different cheer division kicking off their two-day competition at the same time.  we were required to enter the venue through separate gates, which was weird, but whatever. 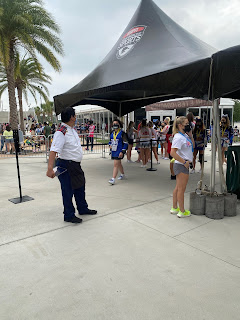 i managed to get at least one good picture with my cheerleader. 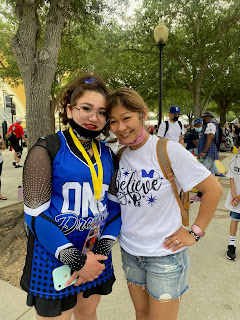 and the traditional selfie with my favorite cheer mom buddy. 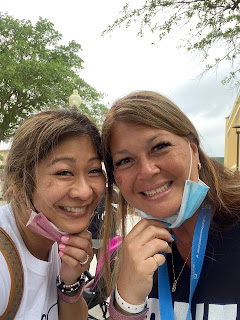 the extra practice that the girls had had the night before really showed, as they powered through their 2.5-minute routine with tons of energy and extra enthusiasm.  they really killed it, which was awesome considering this performance counted for 75% of their overall score for the competition.  we were so proud of them all. 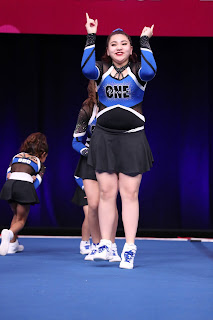 awards, like all of the other competitions we'd done for this season, were virtual.  we were assigned a time to tune in to varsity tv to see how our team had done, and since we had a few hours to wait we caught another uber to the hotel.

but here's the twist - instead of staying at the polynesian all in one room as we'd originally planned, the hub had managed to score us two connecting rooms at the grand floridian instead.  while we were at the competition, with a little disney magic our luggage was whisked out of our small, dark room and taken over to our new resort.  the difference really was like night and day. 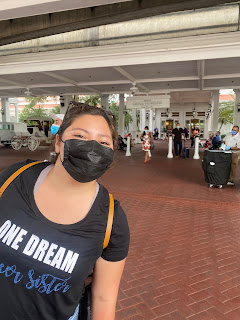 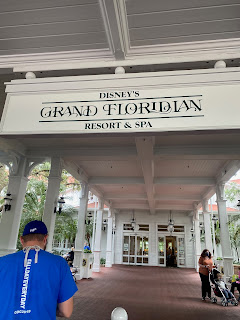 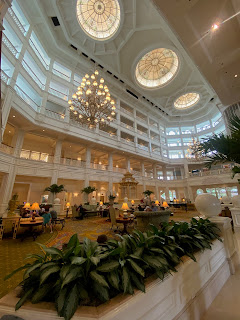 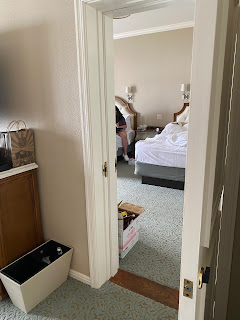 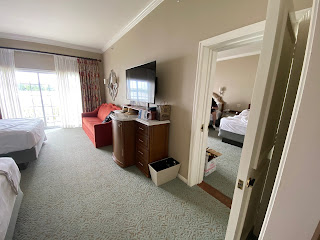 the old lady and i headed down to the quick-service gasparilla island grill to grab some lunch for everyone. 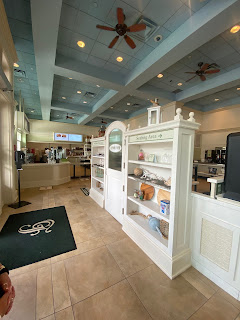 another uber took us back to the all star movie resort to reunite with the team and watch the virtual awards ceremony together.  we found a nice space all to ourselves in the tent where i'd taken a morning yoga class the year before, and sat down to wait for the results.

it was well worth the wait:

it was a sweet, sweet victory.  after the initial rush of emotion passed, the team gathered outside to take a quick group photo: 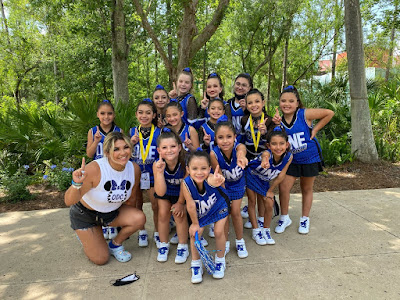 so, yes - the blood, sweat, tears, hours of practice, travel across the country, and two nailbiting performances of a 2.5-minute routine all paid off.  the bean was so relieved and happy to be done, and she was stoked to be able to relax and enjoy the rest of our vacation.

next up:  four days of fun at all four disney world parks!