while it was a really quiet holiday for us this year (as it was in 2020), we still managed to squeeze in a little fun on easter.  it also seems like forever ago at this point, which i suppose it kinda was.  but it still deserves a little recap because who knows...one day i'll probably randomly wonder what we did on easter sunday back in 2021 and if i don't blog it, i'll never remember.  heh.  old age, you know.  i AM just mere months away from the big 5-0, after all.

the hub suggested that instead of doing the traditional ham for dinner, we just incorporate ham into breakfast.  this gave me the chance to fire up the built-in griddle in between my burners on my cooktop, yay! 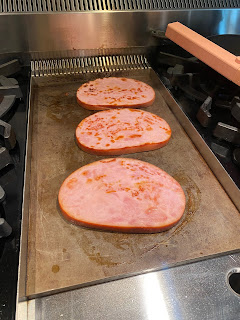 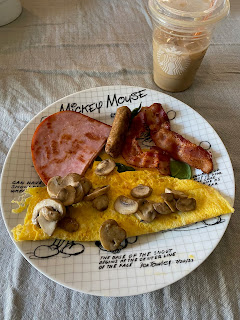 after breakfast, the old lady got to work on a mini-easter egg hunt in the back yard for her sister.  but instead of filling the eggs with candy (which we always have a ton of in the house and didn't need more of), we came up with the idea of creating coupons for activities to do during the next week since it was the bean's spring break.  we brainstormed for ideas to fill the six plastic eggs i'd managed to find at target - where the aisles were almost completely wiped out.  it was nuts.  after i printed out and cut the coupons, she stuffed them in the eggs and headed into the back yard to hide them all. 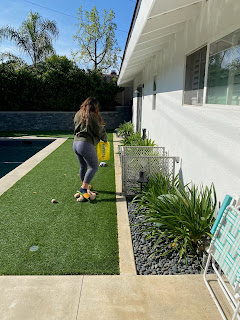 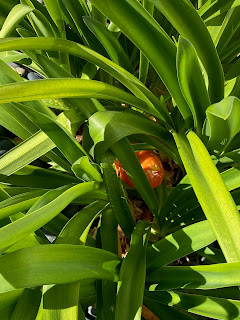 i don't think the bean was expecting an egg hunt this year, so she seemed pretty pleased when we found her and told her to head out there and find the hidden surprises.  we didn't have an actual easter basket, so a reusable grocery store bag from hawaii's foodland had to fill in. 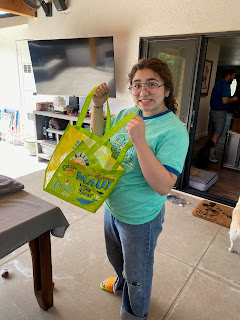 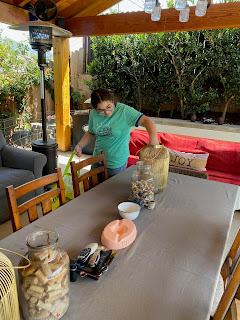 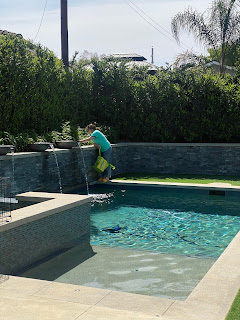 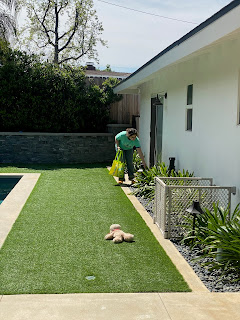 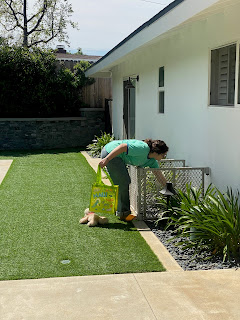 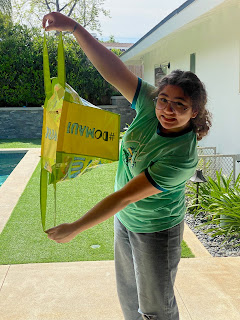 it didn't take her very long at all to find them, and then she took them to the table to crack 'em open and see what fun stuff she'd won. 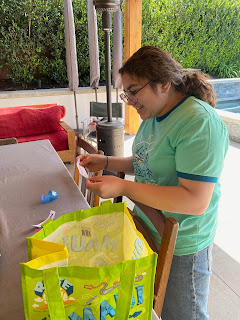 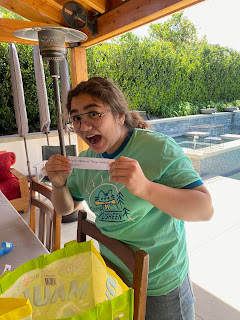 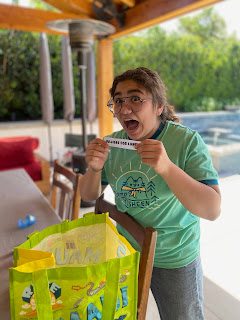 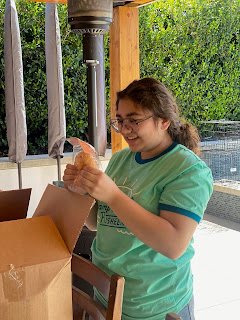 there were five activity coupons and one to redeem for a "special surprise."  and to continue the pattern of "totally thrown together last minute" (even though i'd had this box sitting in the closet for over a month, go figure), the prize was handed to her in a plain brown box, the very same one that it had been shipped to us in.  heh.  she didn't seem to mind anyway.  and she loved the fun kawaii-themed potato shaped plush pillow that vibrated for a nice back massage. 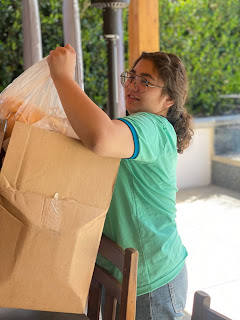 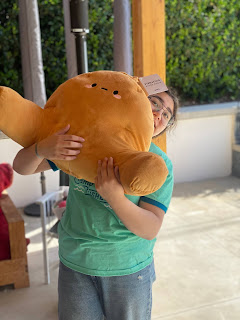 teddy was...unimpressed by our shenanigans. 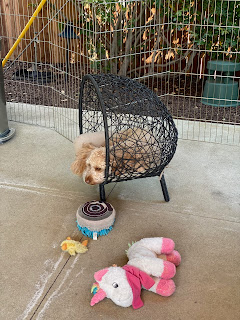 here's a peek at all of the coupons she received during her somewhat impromptu easter egg hunt.  see what i mean?  just a bunch of fun, silly things for us to do with her during spring break.  there were enough activities to last for most of the week, and she seemed pretty delighted with them all. 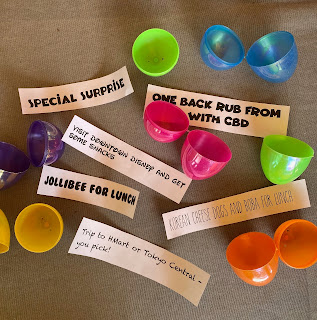 later on, since we'd already had our easter ham for breakfast, i pulled out stuff to make a pretty untraditional easter dinner - pasta bolognese, something i think i've only ever made like once.  whenever we're going to have spaghetti, i usually turn to an old tried-and-true marinara sauce recipe and add ground beef to it.  this was a little more involved, but it ended up being worth the extra effort. 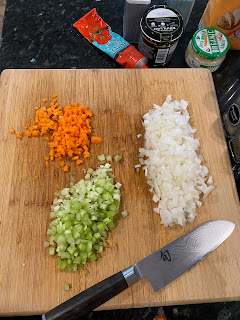 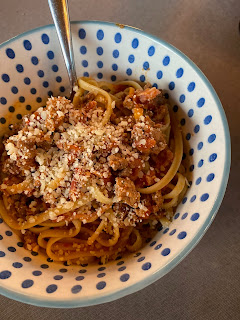 and that concludes the recap for easter 2021.  i also just realized that we never took a single family photo the whole day.  oops.  maybe next year.