so after having to cut our trip short last year as the pandemic was unfolding, the bean's team was super excited to return to the quest at disney world.  they'd participated in a few different virtual competitions, winning first place and not only receiving an invitation to compete, but also earning a partially paid bid.  this meant that each athlete on the team was to receive a credit for a portion of their trip expenses, which is always a nice bonus.  the trip would actually serve two purposes - perform at the competition as well as to fulfill a promise from the bean's 13th birthday back in october to take her to disney world.

the hub decided to surprise her by splurging on first-class seats for our late-night flight from LAX to orlando, which was a treat for all of us.  the team had a scheduled practice the evening before the first day of competition, so we had to leave the old lady and her special friend to catch a flight a couple of days after us.  they dropped us off at the airport, and our journey officially began. 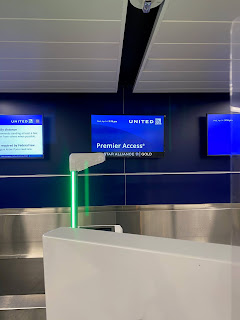 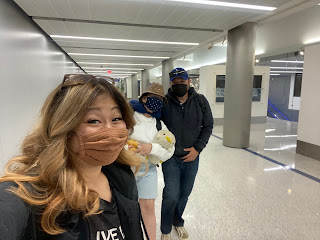 i gotta admit, it was kinda sweet to get to board the plane first. 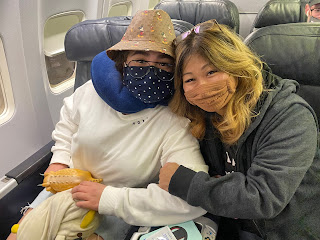 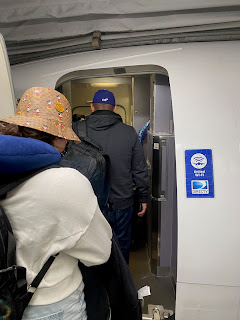 and while we were determined to sleep as much as we could, considering we were landing at 6:30 florida time, i couldn't help but watch when i flipped through the channels and found my most favorite show (as the bean rolled her eyes in faux disgust). 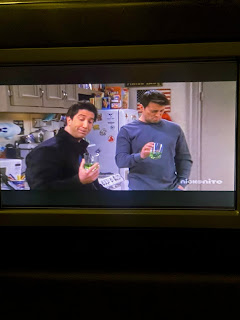 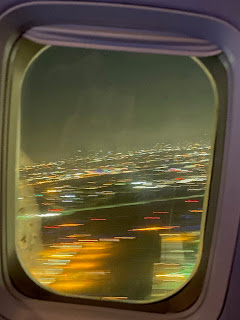 surprisingly, all three of us managed to fall asleep for most of the flight.  and before we knew it, we'd landed in orlando and were on the tram from the terminal to baggage claim.  too bad it took a solid thirty minutes for the bags to finally start rolling through. 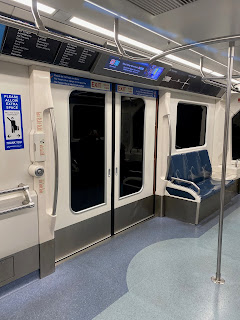 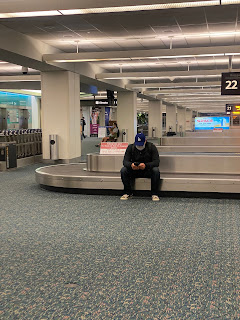 with our bags finally in hand, we made our way down one level to catch disney's magical express, which would take us from the airport straight to our hotel.  per the bean's request, we'd booked the polynesian resort rather than staying at the value-level all star movies resort (which is where most of the cheer attendees were housed). 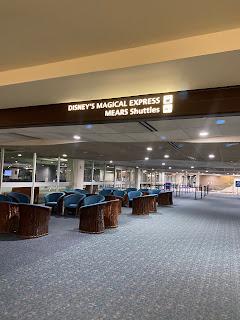 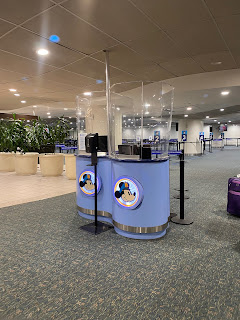 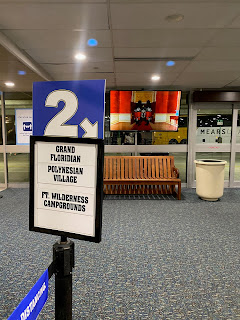 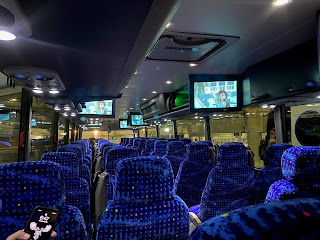 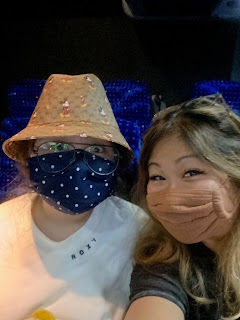 there weren't many others on the bus with us, which was nice.  and because of the early hour - around 7am! - there wasn't much traffic and before we knew it we were pulling through the main gates of the vast disney property. 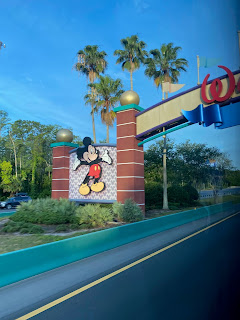 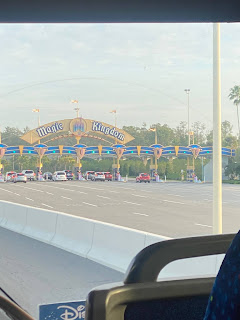 it wasn't too long before we were at the polynesian.  i hadn't realized it, but half of the property was under construction with renovations and things, and instead of checking in at the main lobby we were shown to a makeshift desk in one of the other buildings. 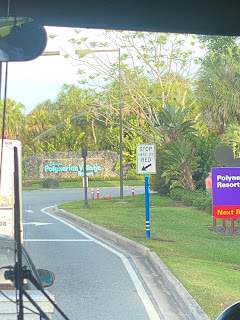 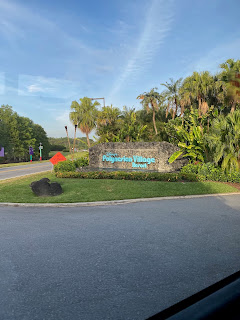 and of course, because of the early hour our room wasn't available yet.  we dropped off our bags, freshened up in the room that was set aside for guests in this same situation, and then caught an uber to the tent located at the all star movies to check in for the competition and pick up our park tickets. 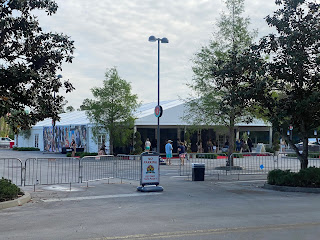 i was panicking a little because i'd actually taken us to the wrong hotel, having misread the email, and was a half hour late for the time i'd scheduled to check in.  it was emphasized in several emails that promptness was expected, with ominous warnings of not being able to accommodate latecomers, but i lucked out and spoke to a sympathetic staffer to must have felt the stress that was probably almost visible from my body.  heh.  she showed me right inside, where i signed for the tickets and was back outside within mere minutes.
sheesh.  it was a crazy start to the trip, but i was feeling pretty confident that that was going to be the worst of it.  after all...we were at disney world!  it couldn't be anything but magical.
at May 12, 2021