return of the night market

one of the things we missed last summer was the 626 night market, so when we found out that it was returning this yearn we made sure to snag tickets when they became available.  you could only buy them online - no sales at the door - which would help in limiting entrance to a safe number of attendees.  we decided to go on the first night of the second weekend, which turned out to be a great decision based on the angry posts i read online from the first weekend.  apparently there were crazy lines for entry, long lines at every booth and vendors running out of food.  yikes.

tickets allowed entry in two sessions - from 4:00pm till 8:00 and then 8:00 till closing.  ours were for the earlier session on friday evening, which seemed like the better choice because the majority of complaints i'd seen were from those who arrived later.  when we arrived at santa anita racetrack, we found that there was no option for preferred parking this time but managed to score a spot that wasn't too far from the entrance. 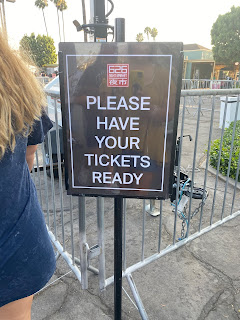 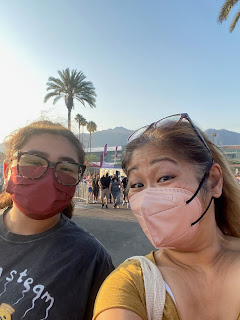 it wasn't too crowded at that hour, which was nice.  the market opened at 4 and we've been there that early in the past.  it's a tradeoff - you either get there early with little to no lines for food but you're in direct sunlight, or you wait a bit till it cools off a bit but end up waiting longer at each booth. 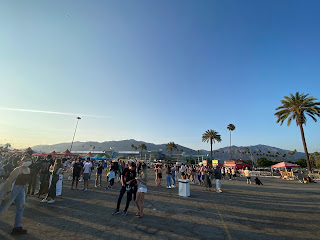 we'd seen these noodles on the night market's instagram page, so we decided to give it a try.  they were good, but we were all glad we hadn't waited too long for them. 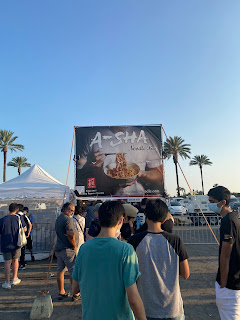 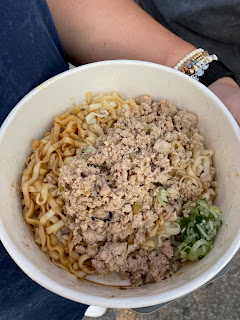 this was the bean's top choice for the evening.  she loves korean-style corn dogs, and we were both pretty intrigued by the unicorn version.  it was okay, but not nearly as good as the ones we get at a little shop just down the street from the racetrack. 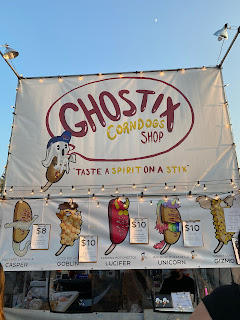 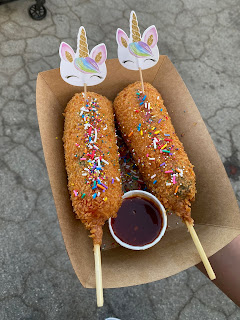 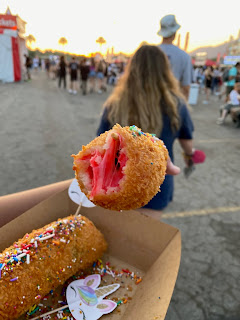 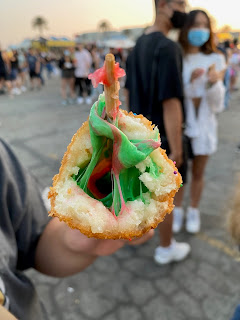 the old lady and the fiance grabbed other tasty treats - tacos made with flamin' hot cheetos and hot chicken tenders.  they love spicy food way more than the bean and i do. 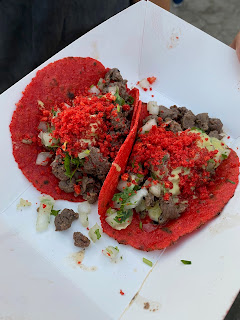 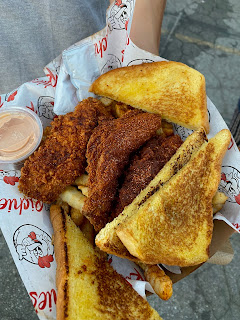 all that deep fried cheese made the bean pretty thirsty, and she picked up a giant baby bottle filled with mango juice. 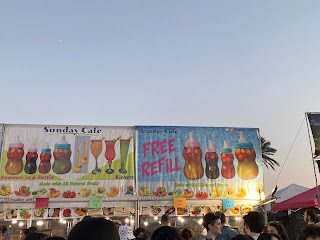 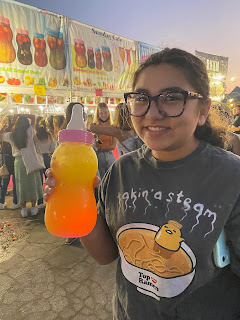 by then the sun had gone down, bringing more and more people to the night market and making the lines for everything much longer.  the old lady made one more stop - to try some fresh pressed sugarcane juice.  she shared it with all of us, and it was as delicious as it sounds. 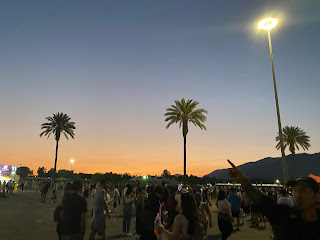 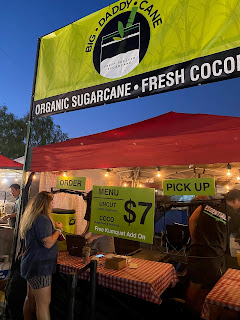 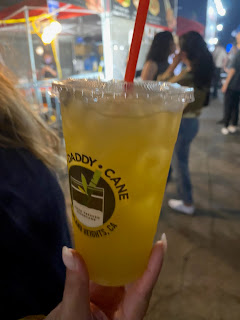 the crowds everywhere grew so big that it was uncomfortable, with about 70% wearing masks.  since we were still hungry we decided to head out of there and stop next door at the mall to grab some delcious xiao long bao at din tai fung.  as we made our way through the exit and back towards the car we were pretty dumbfounded at the sheer number of people waiting to get inside.  the line twisted and turned and snaked its way down practically to the main entrance, and we were even more glad to be leaving.

we ended up ordering din tai fung to go since it was too late to be seated inside, and we grabbed a table outside on the promenade level and stuffed ourselves full of those delicious dumplings.  we stopped at the bean's favorite boba shop on the way home and called it a night.

there are two more weekends coming up of the night market for this summer, but i think we got our fill of it with this visit.  i'm glad for their sake that they had such a great turnout, but we're totally fine with waiting to see how things are next year.

besides, that'll be here before we know it.