saying yes to THE dress

the weekend before the bean came home from texas, the old lady and i teamed up with her BFF and parked ourselves in front of a bridal salon in monrovia that was having a huge sale. 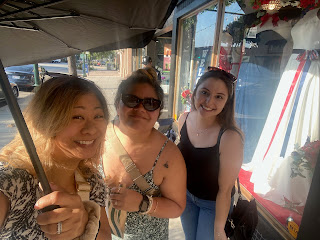 to be safe, we'd arrived two hours before the shop opened for business, and still we were second in line.  that told us that the sale was likely to be a good one.  they were only going to allow three parties in at a time, the bride was allowed to bring up to two guests and would have just half an hour to shop, try on and decide one way or the other.  it was exciting and nerve wracking all at once, and i'm not even the bride.

as opening time grew nearer the shop's staff started arriving for the day, and came out to have the brides fill out a card with basic information about their weddings. 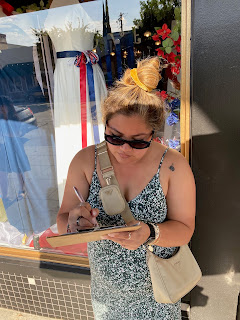 while she took care of that, i took note of a new bauble dangling from her wrist - a gift from her future MIL.  so cute. 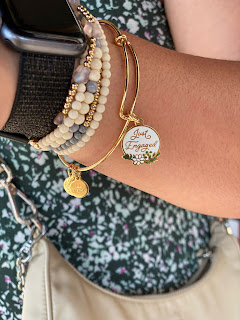 just as it was becoming unbearably warm, the clock struck 9 and we were finally allowed to enter.  they had the air conditioning cranked up, which was a relief to all of us.  we were greeted by one of the employees, who was there to help us get through the store as quickly as possible.  the gowns for sale were all organized on racks divided by size, and years of experience meant that the staffers could tell which rack the brides could shop from. 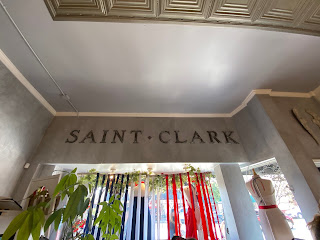 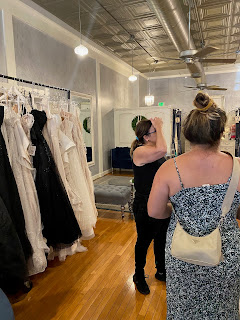 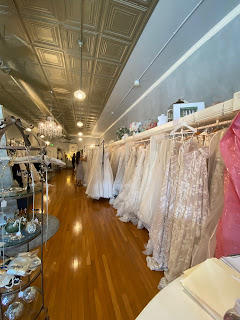 for obvious reasons, i can't really show you any of the actual trying-on shots.  what i can tell you is that it was quite the successful outing: 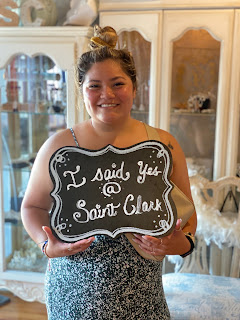 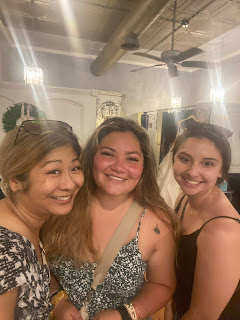 the gown was carefully packed into this super cute dress bag, which i took with me since the bride was being picked up by her groom for another wedding-related outing. 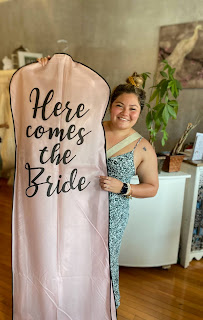 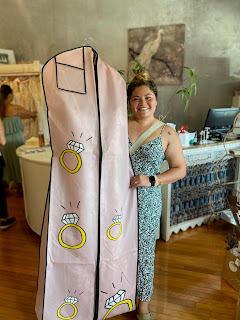 BFF and i chatted excitedly the whole way home about wedding stuff, and it was fun to get caught up with her again.  it'd been ages since i'd seen her.
and a couple of days later,  the bean came home and her sister made it official with this cute swag bag and handwritten note. 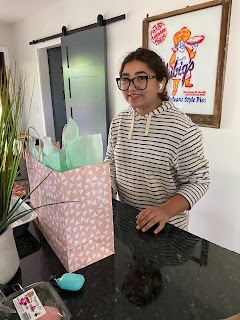 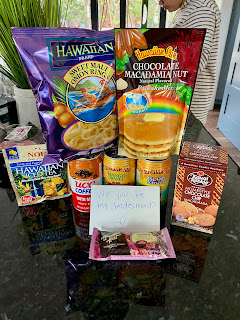 oooh, it's all so exciting!  i love weddings anyway, but this one is going to be incredibly epic.  i canNOT wait.
at August 20, 2021