after having to skip 2020, the bean returned to texas for a week of "grandma camp."  she seemed somewhat excited about it, although i suspect that this may be the last year that we can pull this one off.  she's getting older and more reluctant to spend too much time away from the comforts of home and proximity to her friends, which is pretty normal considering she's in those crucial teen years.  eek.

while MIL usually comes out to pick her up and spend a few days visiting her california friends, this year was a little different.  instead, the hub flew out with the bean to drop her off and spend a night with his folks - which left me in the very unusual position of having what amounted to two full days all by myself.  i didn't do anything crazy - just holed up here at home with the dogs and junk food and trashy tv and knitting.  does that make me sound like a real loser?  because i was one happy camper, let me tell you.  haha!

the old lady and i did get out together for a couple of hours to a new-to-us nail salon, though - fingers for her, toes for me.  it was the first time either of us had had our nails done by someone else in over a year and a half, which is a little crazy considering we used to go faithfully every two weeks. 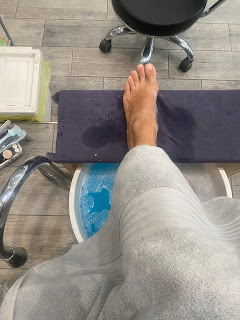 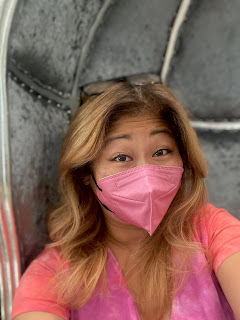 and then the hub and i managed to squeeze in a quick getaway, just the two of us, for the first time in like two years.  it'd been quite a while since we'd been to san diego, and we picked a hotel in the gaslamp district that looked nice. 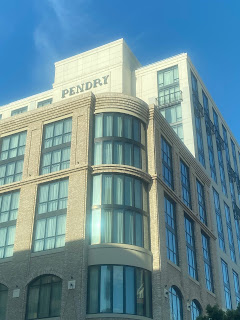 and while the hotel itself was actually really nice, we couldn't really say the same about the service.  it started with the rude valet who gave us major attitude, and then there wasn't a single person who had access to availability in the on-site spa (total first world problems, i know) and it just kind of seemed to snowball from there.  but we just did our best to shrug it all off and enjoy our time together.  the room was small, but nice and comfortable - and after all, it was just the two of us. 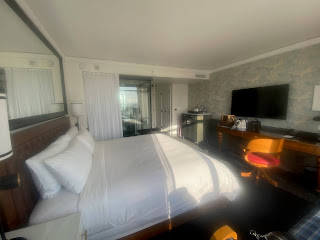 we were really amused at the shower...good thing the bean wasn't there or she might not have wanted to shower at all.  there was a curtain that you could pull over for some privacy, though. 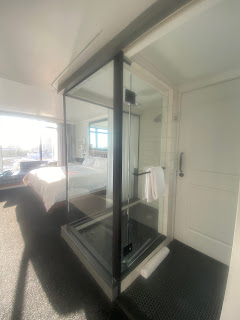 and we were directly above the pool, which was good since we were able to peek down and see how busy it was down there. 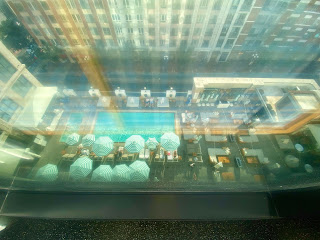 we'd made a reservation for dinner at the water grill, and had just enough time to stop in the hotel bar for a drink first. 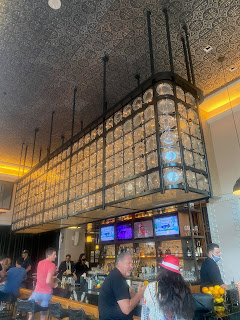 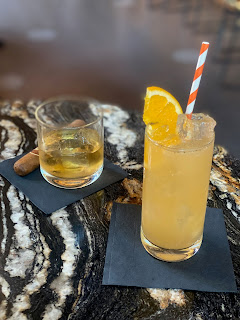 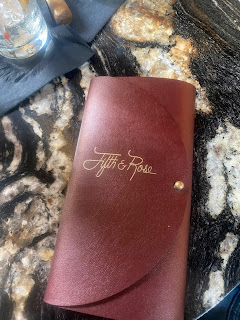 by the way, this is the moment when i realized that i'm still not over my aversion to tequila after my mother's day 2020 extravaganza.  it took one sip and my body went NOPE! NOT THAT STUFF AGAIN!  vodka, gin or champagne only for me, thankyouverymuch.
i managed to drink almost the whole thing (cocktails ain't cheap, you know) before we headed out to find our restaurant.  and we were pretty amused to find that it was literally just across the street from us.  woohoo! 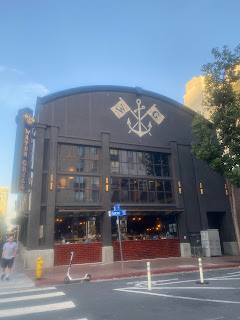 it was fairly empty in the actual restaurant, so we decided to take seats at the bar.  it's always more interesting there and that option is only available when the bean's not with us so we took advantage. 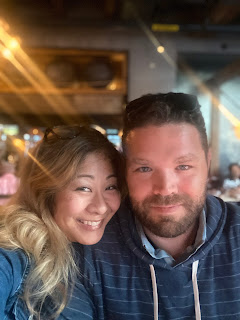 i pretty much never turn down a bread basket - or board, as the case may be.  and this bread was super delicious...fresh from the oven, soft and just very slightly crusty, served with perfectly softened butter.  mmmmmm, carbs. 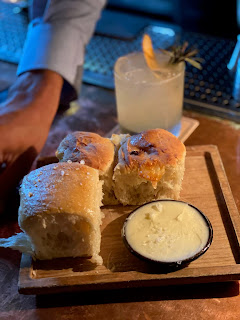 we shared a cold seafood sampler for our appetizer, and now i only ever want to eat king crab when cut into "nuggets."  it was the easiest way to get to the good stuff, and i didn't even have to use my fingers!  the meat came out easily and perfectly using a little seafood fork.  till then, i'd always avoided king crab because i always ended up with some sort of cut or scrape on my hands.  heh. 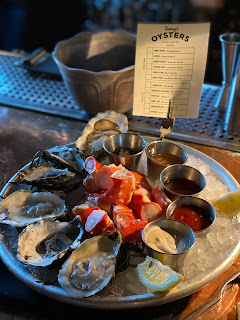 i'm pretty sure this is the rosewood - gin, limoncello, lime and soda water.  i just remember that it was light and refreshing, which is perfect. 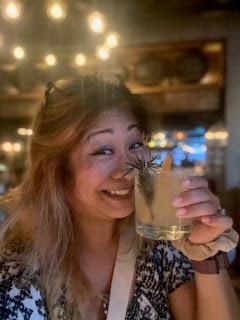 it was a quick stroll back to the hotel, and a lovely way to cap off the first night of our quickie getaway.
at August 09, 2021