with the big reunion weekend finally over and life somewhat back to normal, i took my happy ass back into the kitchen yesterday. i'd had a recipe for chocolate marshmallow brownies bookmarked for ages and ages, but with the hub's current no-carbs-till-the-wedding thing going on, i hadn't really done a whole lotta baking. we've still got a little under a month till my brother and o's big day, but i'd had it with not having any fun sweets in the house. and so i busted out my trusty pink kitchenaid mixer and got to work.

it was a pretty easy recipe to follow, and i had the brownie base batter mixed up in no time. 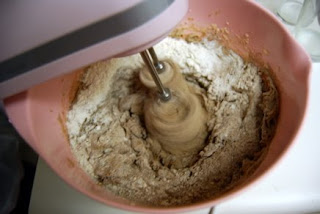 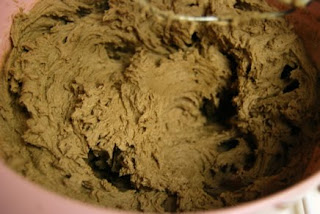 the recipe called for a 13" x 9" pan, but you know i rely on my little countertop convection oven for baking. i thought it would be okay if i put it in a slightly smaller pan instead - an 11" x 7". 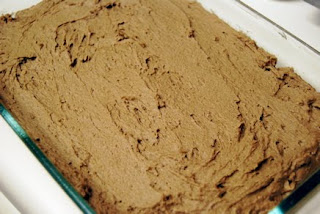 it ended up taking quite a bit longer to bake all the way through, because the base ended up a lot thicker than it should have been in the smaller pan. and it puffed up so much that there was no room at the top for the marshmallow topping and chocolate frosting. crap. so i got the bright idea to flip the thing out onto a baking rack, slice it in half horizontally, and end up with two bases. sounds easy enough, right?

sure, if you're not a super klutz like me.

i did just fine flipping it out onto the rack. but as i inspected my handiwork more closely, i realized that it wasn't actually done - there were still some gooey-looking parts in the middle. sighing, i put the pan back over the brownies and prepared to flip it back inside.

i don't even know what the hell happened, but somehow it all slipped right out of my hands and i ended up with this: 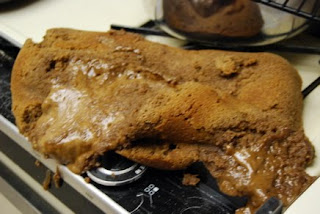 fuck, man! gooey brownie all over the freaking place. and yet i couldn't be pissed off about it, because it was so damn funny. as i called the teen out of her room (where she was hanging out with her buddy rock-ell), i giggled as i turned the camera on. you can tell that my hands were far from steady as i took these shots, because they're blurry as hell. but you get the idea. 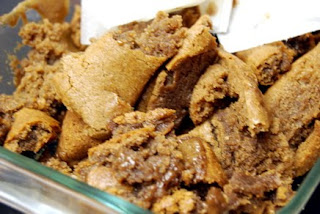 but i refused to be defeated. not to mention, i really had a craving for those damn brownies by then. so i decided to halve the recipe this time, and spread the batter into an 8" square pan. 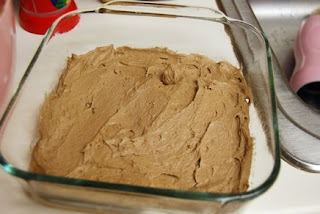 20-ish minutes later, i was rewarded with the happy sight (and smell) of a fully-baked brownie base. 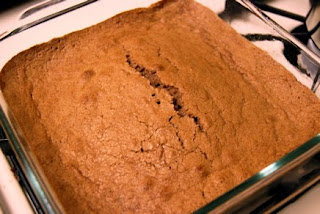 i spread a buttload of mini-marshmallows over the still-hot brownies and popped the pan back in the oven to melt. 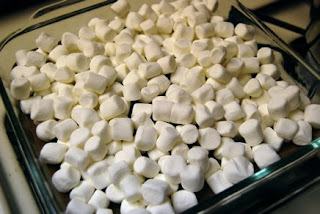 they puffed up slightly and started to get a little toasty after just a couple of minutes, and i pulled them out and sniffed the air appreciatively. 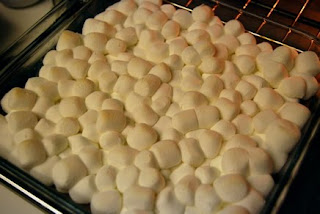 using an offset spatula dipped in water, i spread the gooey concoction over the entire surface. 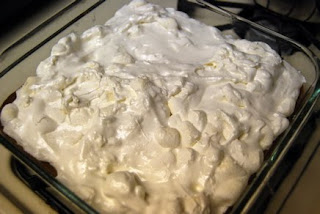 frosting time! i measured out some chocolate chips and more marshmallows: 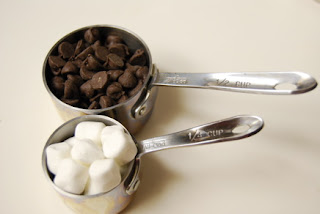 got the butter/sugar/milk mixture to a boil, and tossed 'em in. 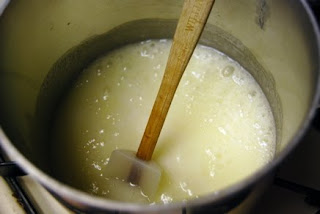 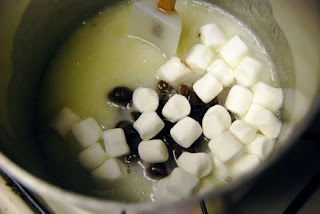 a minute or two later, my frosting was thickened and ready to join the party. 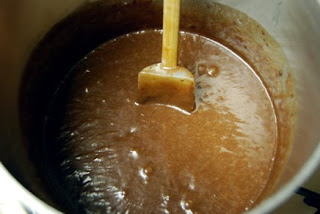 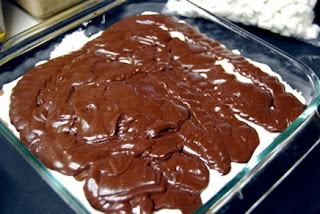 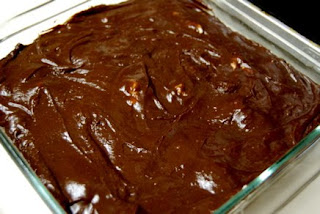 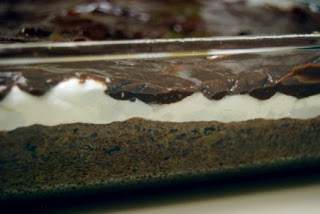 with that tasty task finally completed, i set the pan aside to cool completely and got to work on the next thing - mashed potato tacos for the girls. i'd seen several recipes for this carb-heavy delight, and as i was telling the teen about it after school, rock-ell drooled all over herself at the description. of course, we invited her to join us, and she happily accepted.

i didn't end up using any particular recipe. i also didn't do it the "right" way and make my own mashed potatoes - i just wasn't feeling it. so i busted out a box of instant mashed potato flakes, cooked up a batch, added some chopped onion, shredded cheddar, and corn kernels, and stirred it all together. 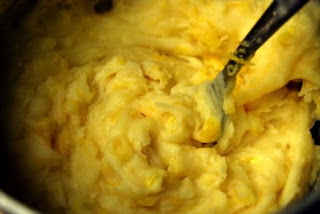 i plopped a spoonful of the mixture in the middle of a corn tortilla, folded it in half, and used a toothpick to keep it together. what makes everything better? deep-frying, of course. 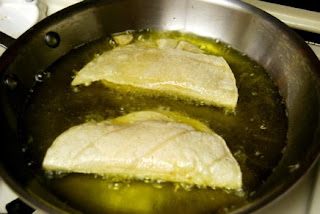 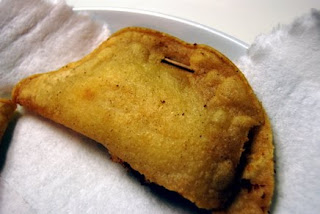 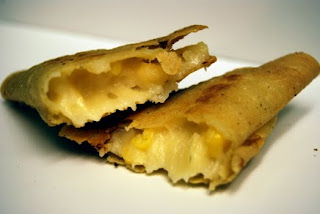 i served them to the girls with some ranch and salsa for dipping, and was super gratified as i listened to them "mmmmm"ing and "ohhhh"ing. they plowed through about four tacos apiece, and showered me with sweet compliments on my cooking. i basked in their praise and then decided it was time to top it off with some dessert. 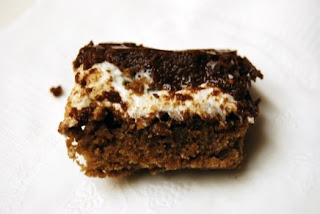 they weren't completely cooled, but they didn't care. and as they took their first bites, i snuck a little sample of my own, and WOW. these are dee-lish-us.
i whipped up some quickie salisbury steak for me and the hub, who had gone to the cigar shop after work to watch the baseball game. he got home just in time to see the bean before she dropped off to sleep, and i served up our dinner with some green beans.
ah, it's good to be back in the kitchen.
at October 20, 2009

Email ThisBlogThis!Share to TwitterShare to FacebookShare to Pinterest
Labels: mixing it up, wan is a klutz