before we left the hotel on mammoth, i got the bean to pose awkwardly in front of the old fire truck in the parking lot. 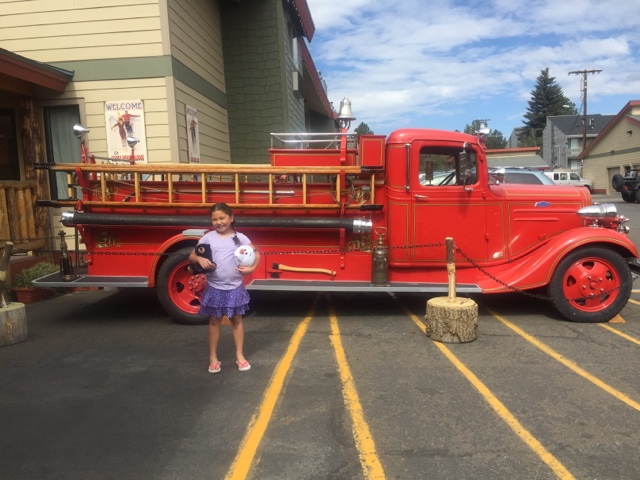 then we stopped briefly at another schat's bakery to pick up some danish butter cookies for MIL to take home to FIL. 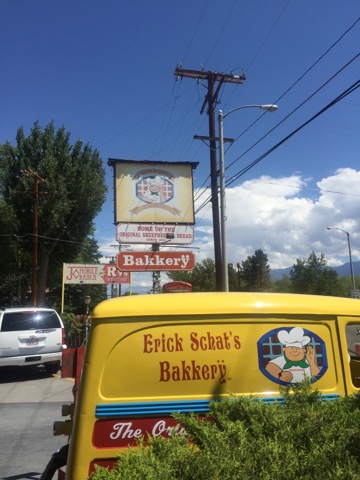 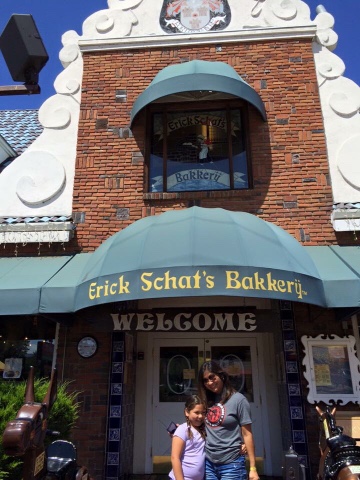 although the hub was less than excited and the bean had passed out cold in the backseat, we swung off the highway to pay a visit to a historical landmark that i've always been strangely fascinated (and saddened) by. 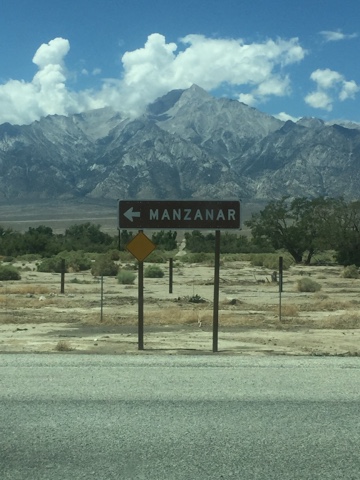 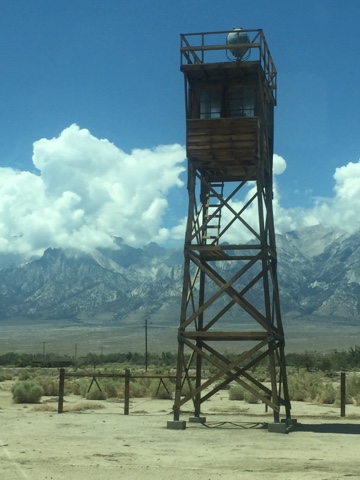 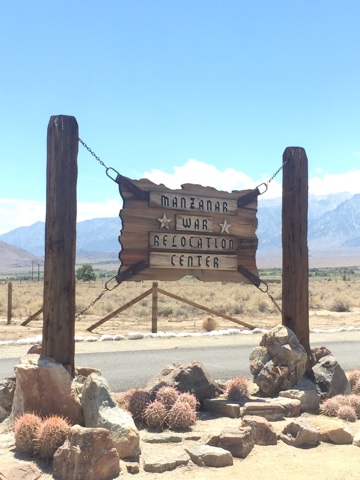 MIL had never been here before, so she got out of the car with me to go inside and walk around the museum. 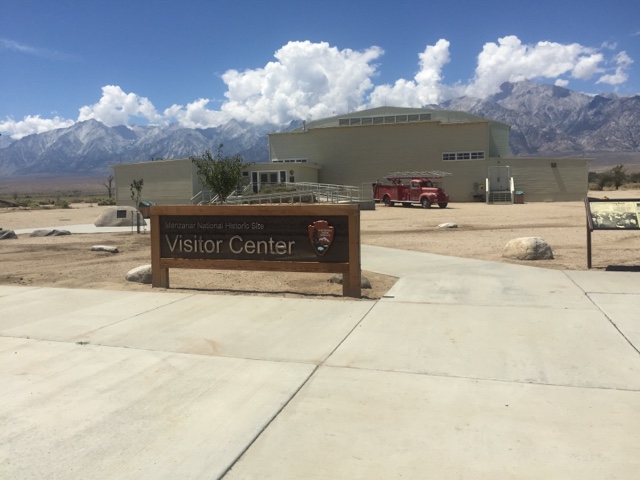 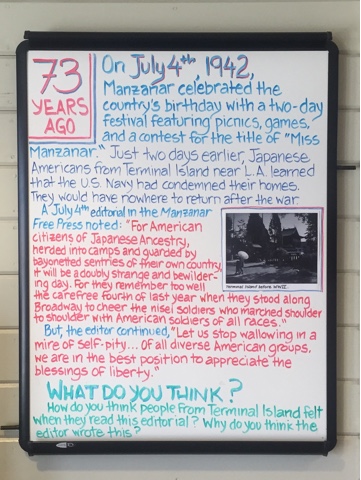 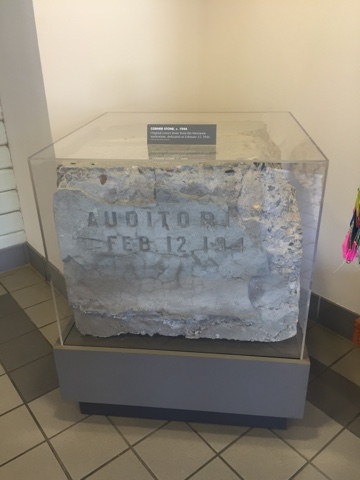 this area started out as a regular small town, with a post office and apple orchards and a handful of residents. 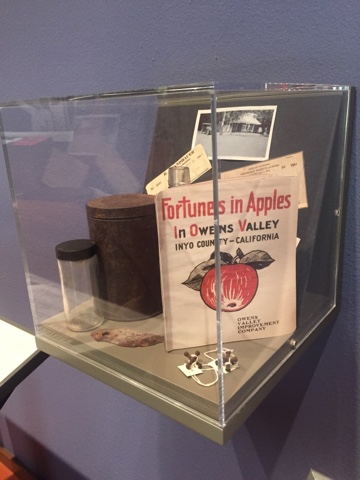 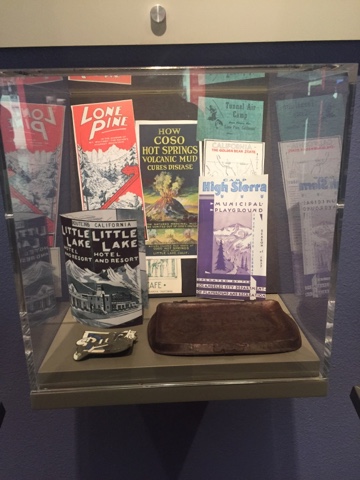 then WWII broke out and it turned into an internment camp, where thousands of japanese-americans were held for up to three years. it was a bit different from the concentration camps though, as they were able to have church, school, play baseball, plant gardens. 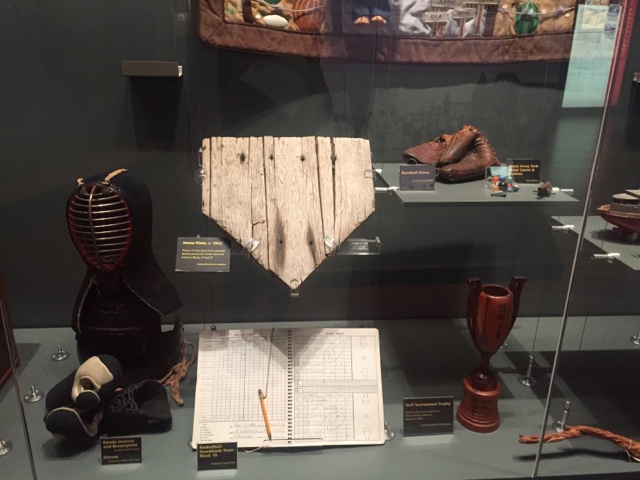 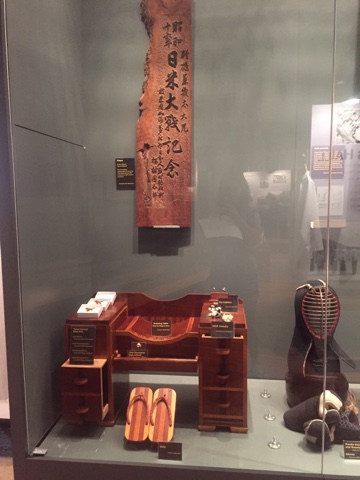 names of all the citizens held here are on this wall. 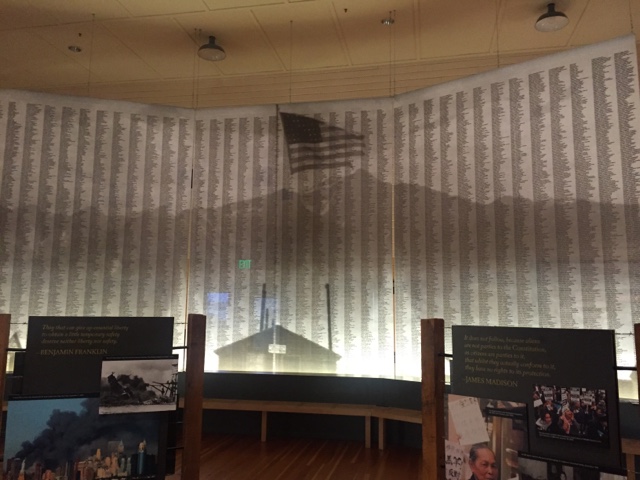 it took decades before they were issued a formal apology by the government for their treatment. they'd lost their homes, belongings, careers...and received this letter and a check for $20K for their troubles. flags representing the various camps across the country: 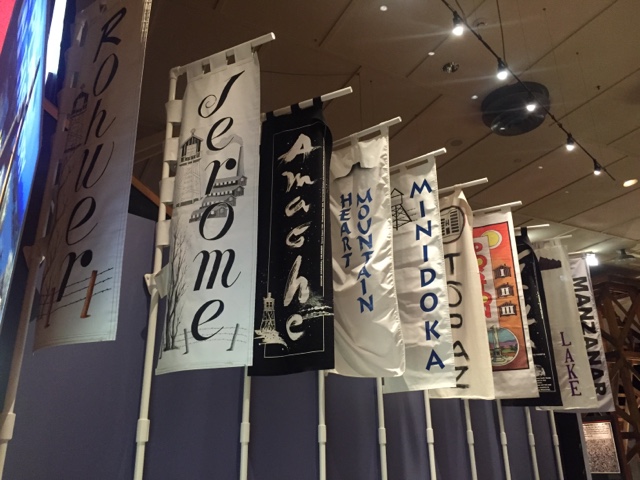 outside, there's a self-guided driving tour of the grounds. most of it is gone, but surviving evacuees who fought to have this place memorialized had markers placed to show what was once there. 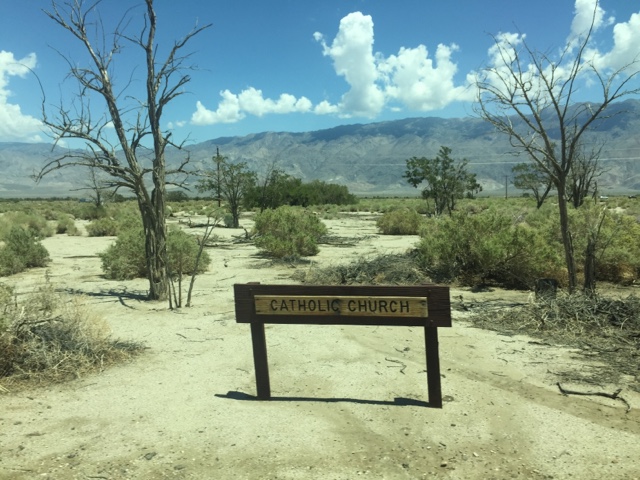 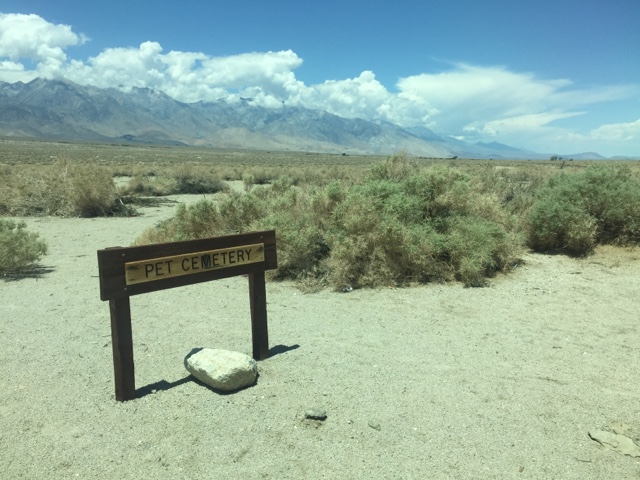 the cemetery has only a few remaining graves. families of the others had their relatives moved and buried elsewhere. 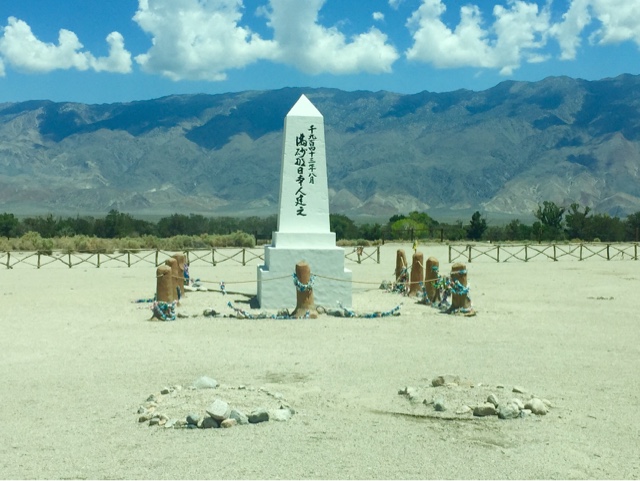 the rest of our trip home was quiet and uneventful. i think the bean finished two whole books during the trip. i'm glad she's like me in that regard - reading doesn't make her carsick, and she actually LIKES it. although for the next trip, I've picked up a portable DVD player. i mean, a girl's gotta have options, right?
at August 04, 2015