right back in the swing of things

our final day of the road trip started with a walk through the venetian, where we saw this: 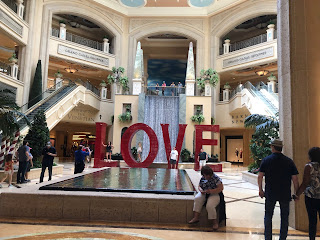 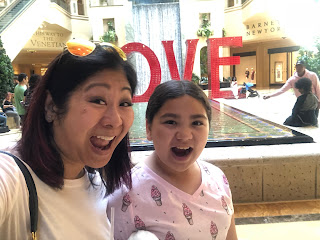 whenever we're within range of a bouchon bakery, we always have to stop and pick up some of their super delicious chocolate bouchons.  everyone loves them and we wanted to bring some home to the old lady too. 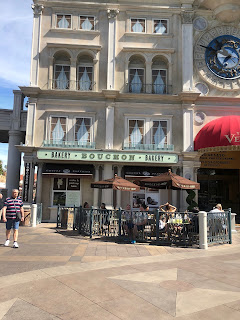 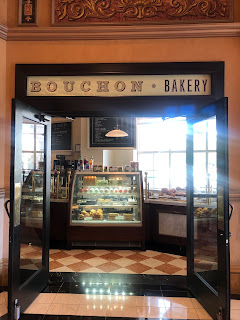 we said goodbye to vegas and hit the road, making a quick stop in baker for gas. 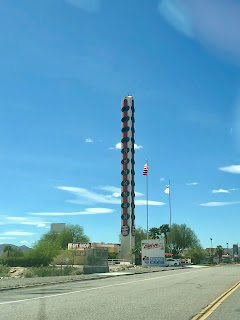 and as we turned onto our street, one final group selfie. 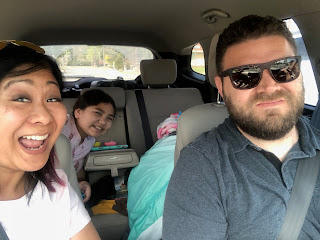 mollydog seemed pretty happy to see us return...i think.  eh, she probably forgot all about us after the first day. 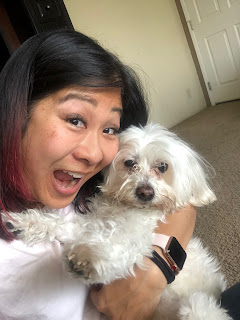 worst part of vacation?  coming home and facing all the laundry, of course.  UGH. 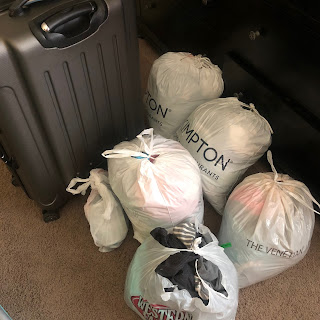 i decided to put it off till the next day and settled on the couch and watched - what else? - national treasure.  hahahahahahahahaha. 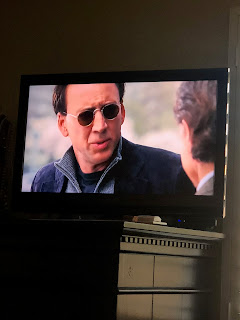 going back to real life wasn't horrible, although i wasn't thrilled to kick it off with another trip to the dentist.  luckily it was an easy one though, just for my permanent crown at last.  still not the kind of crown i really deserve, but whatever. 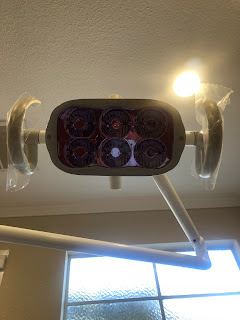 the bean decorated the back of her sweatshirt with some colorful washi tape for the "duct tape" spirit dress-up day. 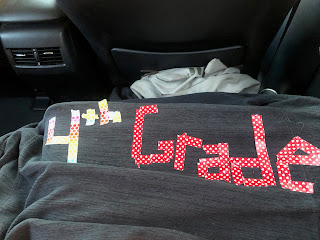 we squeezed in a quick trip one evening to disneyland to cash in the rest of our food tickets at the food & wine festival: 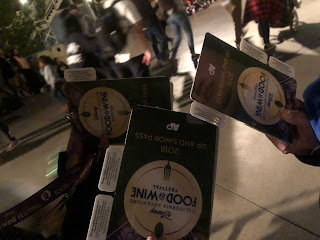 too bad we were just a hair too late...all of the kiosks apparently closed at 7, and with it being the final day of the festival we ended up stuck with all of those tickets, unused and invalid for anything else.  ugh 2.0. 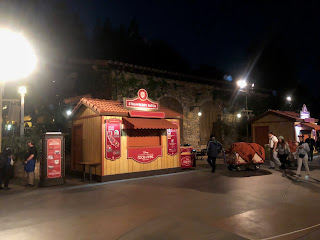 pixarfest was scheduled to officially begin the next day, but we got lucky and caught a preview of the new fireworks show. 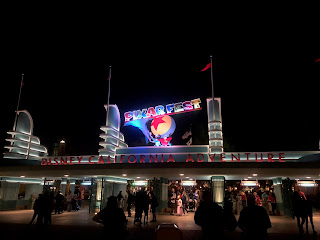 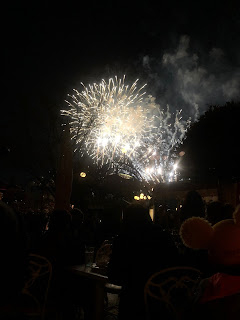 and then the bean was stoked to be excused from school the following morning since she had tried out and made the math olympics team this year.  i spent the whole time cracking jokes and quoting from "mean girls," which was a complete inside joke just for me because no one else knew what i was referring to. 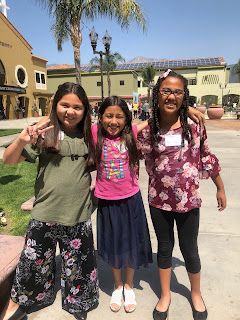 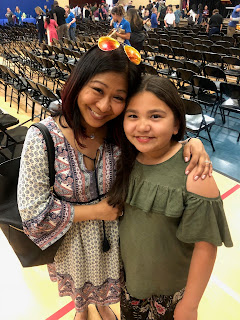 it was a tough event, and she was pretty sure she wasn't going to win a ribbon or a medal based on her experience in the testing room.  i told her that we were all proud of her for even trying out and then making the team, and when she nodded "yes" to me asking if she'd tried her best and had fun, i told her that that's all that mattered.  she seemed to relax a bit then, and when she got home her sister and her daddy both told her the same thing.

coming up next - the speech meet on may 4th.  she's been practicing the poem she was assigned and i know she's gonna nail it.

and now there's only a handful of weeks left before summer vacation starts.  holy cow.  where does the time go??
at April 24, 2018

Email ThisBlogThis!Share to TwitterShare to FacebookShare to Pinterest
Labels: back to normal, vegas