our road trip started off with a nice easy drive that took us to yermo for our first stop.  we'd passed eddie world on our way to vegas back in may, but hadn't made the time to stop.  i'd heard about this place - supposedly a wonderland of snacks and treats and delicious food, with some fun stuff in the men's restroom that i wanted the hub to check out and report back on.  heh.

the place is pretty easy to spot from a distance with this giant ice cream sundae to give you a hint as to where it is. 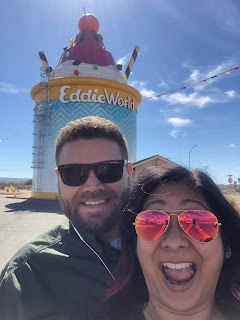 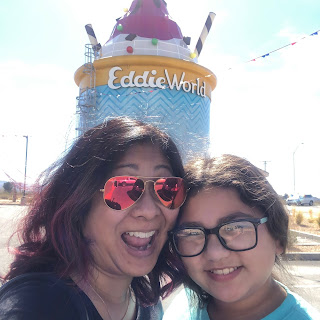 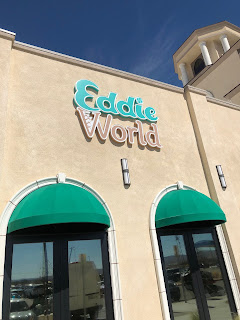 and sure enough, there was plenty of stuff to choose from inside.  you want coffee?  sure! 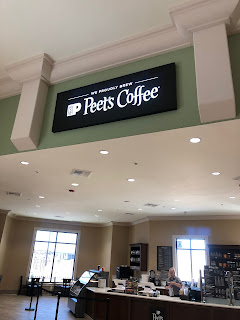 how about a wide variety of jerky to pick from?  right here: 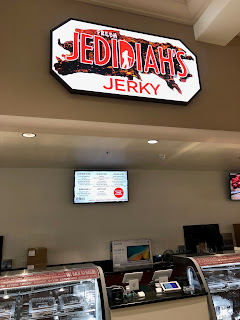 there was fresh pizza: 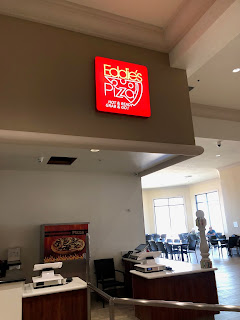 just about every kind of beverage you could think of: 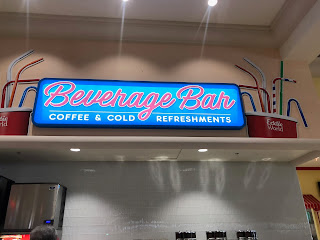 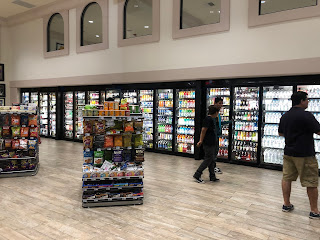 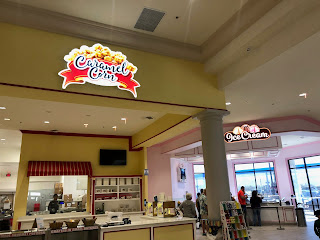 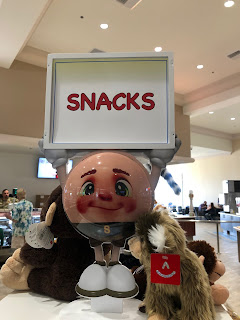 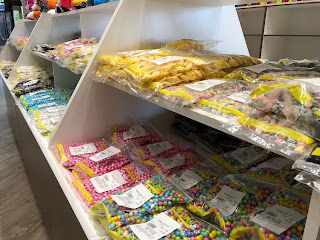 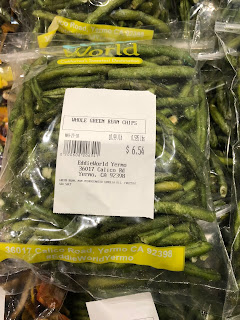 and oddly enough, a make-your-own-poke bar that the bean couldn't resist. 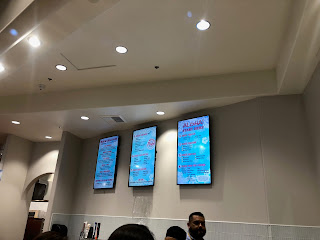 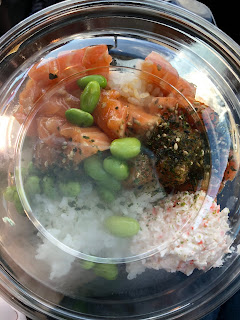 while the most exciting thing in the women's restroom was this contraption that replaced the plastic cover on the stall handle after every use: 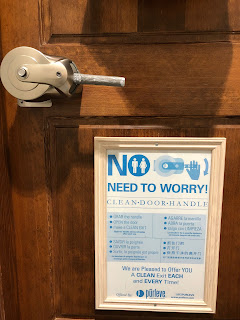 the hub reported that there were indeed games to play at the urinals.  something about hitting moving targets and earning points?  so weird.  and there was a giant shrine to the l.a. lakers here, which includes a chunk of the original floor from the fabulous forum: 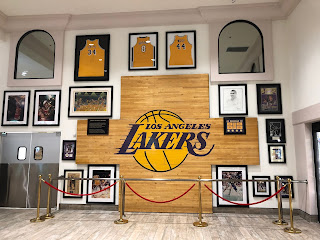 after we left eddie world, there was a whole lot of this view for the next couple of hours: 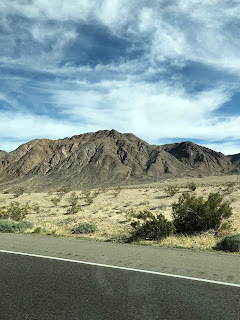 and we hit a little traffic as we reached the las vegas strip. 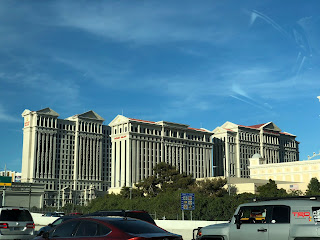 a handful of hours later, we crossed another state line into utah and drove through zion national park in the pitch black night.  like, we saw nothing at all aside from the two tunnels we drove through on our way to zion mountain lodge, our home for the next couple of nights.  as the hub and the bean headed in to get us checked in, i stayed in the car and watched the chickens and roosters tucking themselves in for the night. 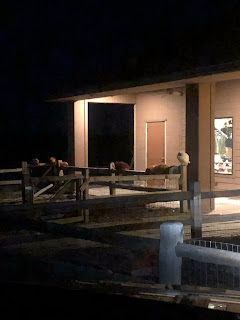 we saw the first of many, many deer as we made our way to our cabin: 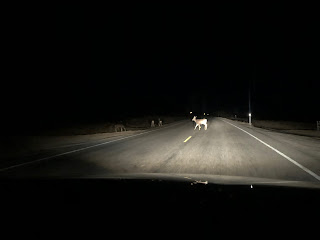 home sweet home.  except that we noticed something important right away - the sofa that was supposed to pull out...didn't.  d-oh! 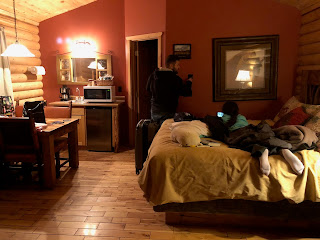 and there was a tv, but the front desk clerk had already warned the hub that it only worked if we had DVDs to watch. 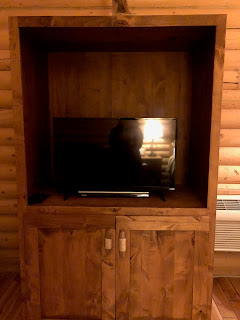 but we had a nice fireplace in one corner: 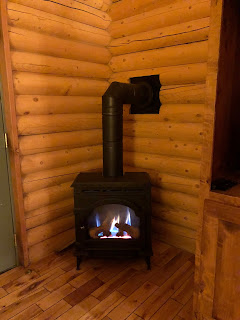 and a cool claw-footed tub in the bathroom. 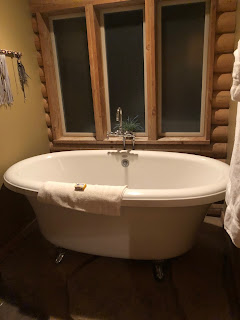 we ended up sharing a family bed for the first time in a lot of years, with the hub and i clinging to the sides of the bed while the bean starfished in the middle all night.  it was nice to be out of the car, but let's just say that it wasn't exactly the most restful night's sleep we'd ever had.  heh.
at April 03, 2018