i didn't think i'd turn into one of those crazy "dog mom" kinda people.

i mean, i take a ton of pictures of stevie and he isn't even mine.  so yeah, i look at my camera roll and it's pretty damn full of dog photos now between him, cocoa and teddy.  heh.

but how can i not capture sweet shots like this? 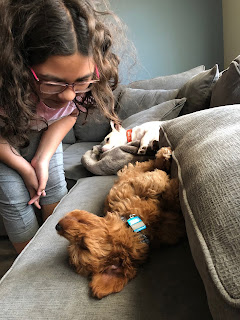 we got the chance to dogsit stevie for a weekend, and it was fun watching him interact with the puppies.  i'm still not sure he's happy about having them around after being top dog for a few months, but hopefully he's amused by them at the very least.  during his visit, we got to take all three to the vet for their vaccination clinic and having all of them on a leash was...interesting. 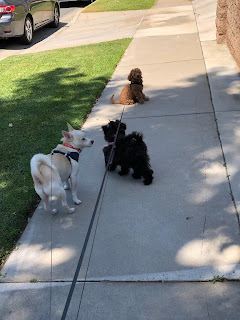 in the car, i took charge of stevie while the hub handled the two little ones. 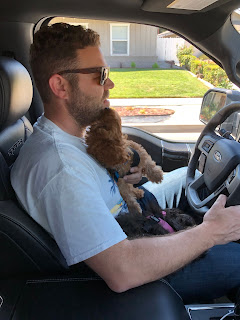 the excitement (and the shots themselves) kind of knocked them all out for awhile that afternoon. 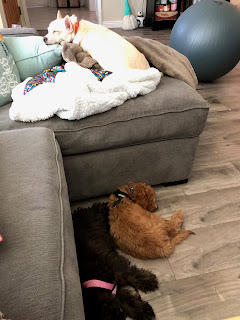 but then they were right back to playing again after naptime was over.  poor stevie...the little ones love to take whatever he's playing with or chewing on.  he totally looks like he's asking for help here. 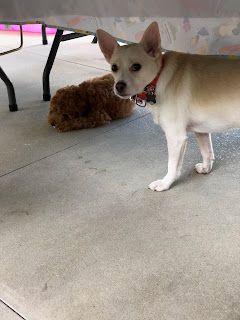 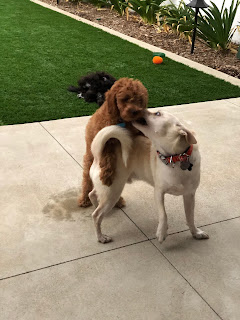 he's such a sweet, handsome boy. 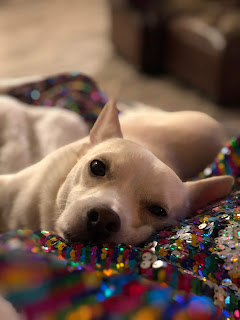 the puppies love to pounce on the hub, especially when he's trying to take a nap on the couch. 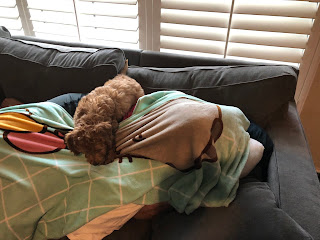 and i'm forever chasing them out of the fresh bark that our gardeners put on the ground last week.  ugh. 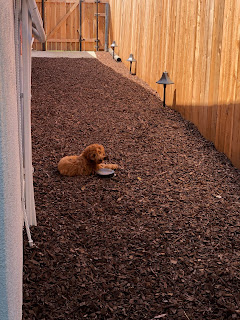 the bean took them both into the pool for a dip, and then i got to cuddle them as they dried off in warm towels afterwards. 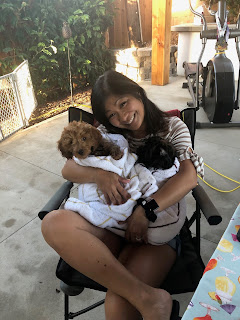 teddy was feeling particularly cuddly here, and the hub grabbed my phone to capture the moment. 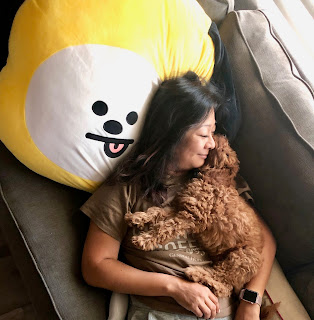 we took cocoa for her first full grooming appointment yesterday, and after her haircut and bath she looks so pretty. 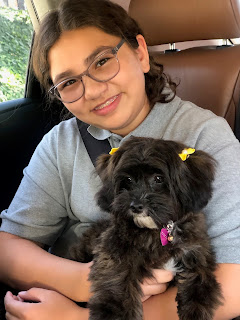 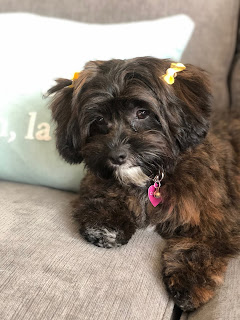 teddy got a bath too. 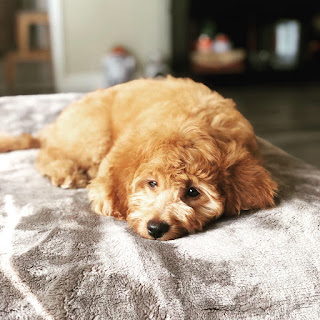 doggy kisses.  they're the best. 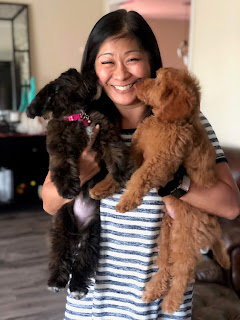 we noticed this morning that teddy is definitely starting to overtake his sister.  his legs are starting to stretch out and he's getting taller, so the days of watching them run around together like one big fluffball are probably numbered.  bummer.  and i'm on the hunt for a good training instructor that'll come to the house so we can get some help teaching them how to listen to basic commands.  we never did that with molly and i really don't want to have to chase them down the street in terror should they happen to dart out of the house unleashed.