you know how we love to hit up the 626 night market, and we'd missed the opening weekend for 2019 because - oh, well, we were in hawaii.  cue the tiny violin, i know.  and it just so happened that the next date fell on the night we were heading to santa anita mall for the BTS movie.  we decided to hit it up right after it opened and have an early dinner before the movie, and while it was great because it was pretty empty at that time, it was blazing hot and i was sweaty in no time.  bah. 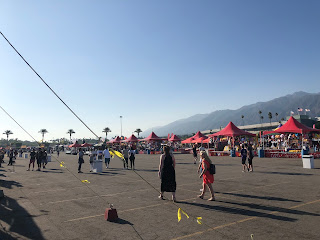 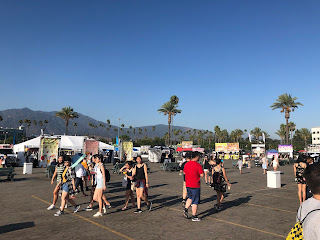 the bean made a beeline for this place.  like her mother, she sees "ribeye" and she's SOLD. 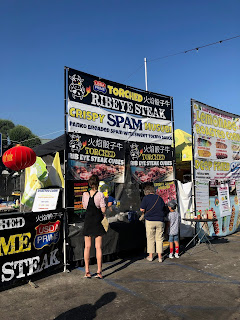 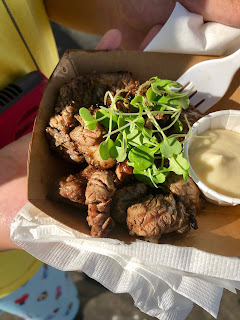 i'm a sucker for these pullapart waffles.  there's a little piece of mochi stuffed in each of those waffle bubbles, and it's just the right amount of sweet and chewy and delicious.  i'm pretty sure i get one every time we come. 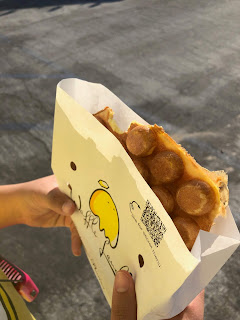 the old lady's most favorite food in the whole wide world is pasta.  and cheese.  and so when she spied this booth, she was all in: 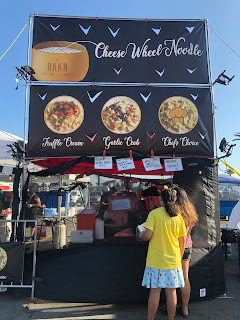 they take fresh, hot pasta, sauce it up and roll it around in this giant cheese wheel to soak up some cheesy melty goodness: 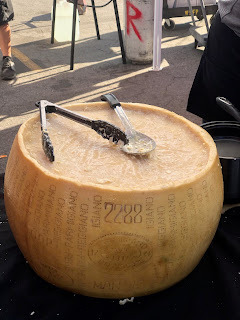 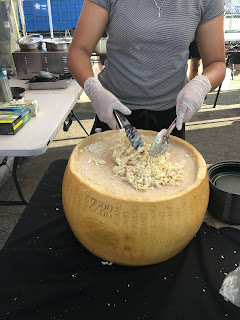 in this case, it was a gooey, rich cream sauce that was then topped with slices of prosciutto and sun-dried tomatoes. 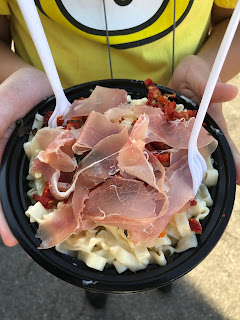 the bean stopped here for some boba milk tea to quench her thirst: 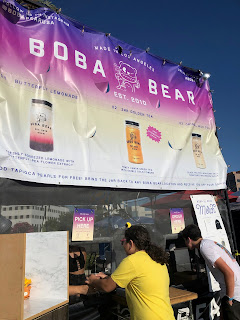 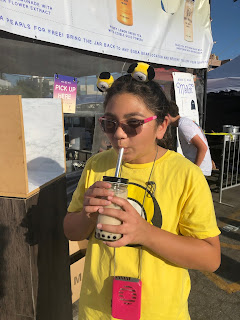 and then went big and ordered a korean cheese pull - a big ol' hunk of mozzarella cheese on a stick, dipped in batter, deep fried and then sprinkled with sugar.  she was quite the happy camper. 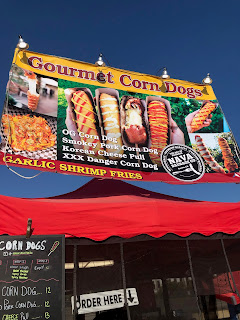 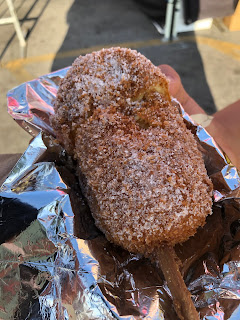 we ended up going one more time two nights later, this time with no time constraints and nothing to rush to.  the old lady was happy to be able to try some tacos topped with flaming hot cheeto dust: 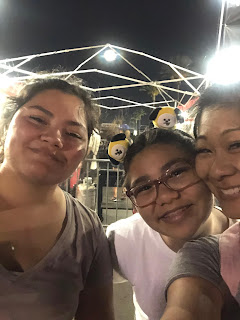 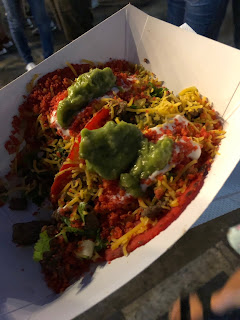 while the bean was drawn yet again to a booth offering grilled chunks of ribeye steak, this time cooked on a himalayan salt block.  we've had this before and it's pricey, but so delicious. 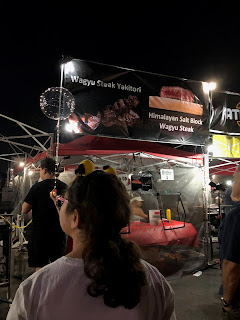 i think we had some other stuff too, but it was so dark i couldn't get any decent shots.  the bean and i were extra happy to return because we'd wanted to try a booth that did taiyaki (fish-shaped waffles) using croissant dough with several different types of fillings.  i opted for custard, while she very predictably ordered the nutella. 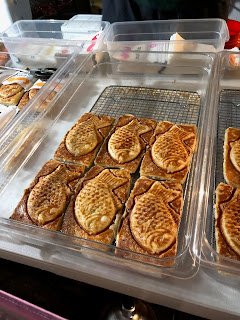 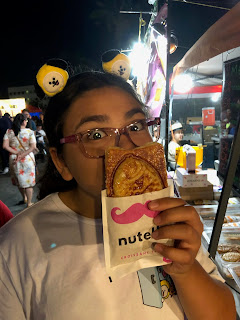 we didn't actually eat here, but the 12-year-old child in me giggles every. single. time.  because come on...FRIED BUTT. 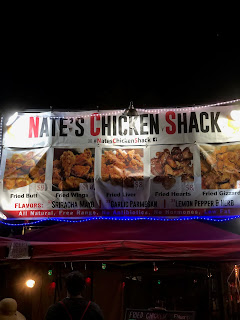 i think there's at least one more night market weekend, but we've come to the realization that we're kind of over it at this point.  it's always the same vendors every time, and we either have to go early which avoids crowds but is insanely hot, or head over when the sun goes down but end up dodging huge crowds and standing in long lines.  plus, most things are pretty pricey for what you get.  i'm not sure it's worth it anymore.

of course, by the time that last weekend rolls around i'll probably be thinking about that mochi waffle again and we'll totally end up going.  just watch.
at August 19, 2019