the party's over...back to reality

our flight home from maui was scheduled for noon, so our last morning in hawaii was spent packing up, cleaning out the fridge in the condo and dropping off the rental car.  by the time we got to the airport and dropped off luggage and cleared security, we were all starving.  luckily there was a decent looking restaurant right near our gate, and we had just enough time for one last meal before boarding the plane. 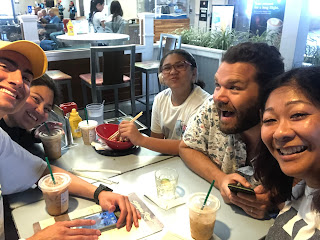 i don't even remember what the place was called, but the burger i had was really, really good.  like, super flavorful and perfectly cooked.  i thought about that burger for days after.  heh.

the hub and i were seated across the aisle from the kids, and we were pretty amused as we watched the old lady's special friend bond with the baby seated in front of him.  they played peek-a-boo and we could hear that sweet baby giggling all the way until the plane took off.  it was really cute. 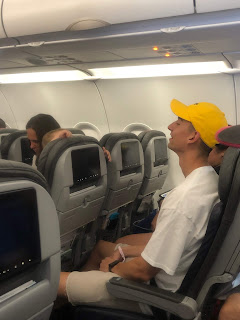 the flight home was uneventful and seemed to go faster than our flight out.  i got to finish the movie i'd started last time (captain marvel - yes, i know i'm way behind and yes, i absolutely loved it) along with deadpool 2, and then i read a book for awhile and then all of a sudden the landing gear was engaging and we were back in california. 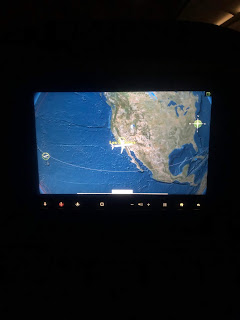 it was almost 10:00 by the time we got off the plane, and the hub left us to wait for the luggage as he headed out to catch the shuttle and pick up the car.  we ended up stopping at a local burger spot (yeah, a second burger for me, haha) to grab some dinner and then finally got home.

when i cracked open my suitcase to start unpacking and get some essentials out, i found this: 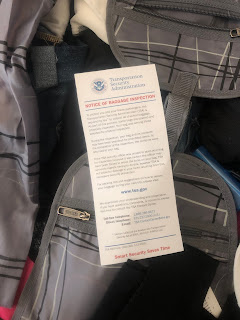 i'm just glad they didn't try to open my very carefully packed jar of liliha jelly.  if they'd have unrolled the shirts around it and had that glass jar fall on the floor, shattering to pieces and spilling that delicious jelly everywhere i'd have been so pissed.

the next morning, we were all reunited with stevie.  he ran around the house and jumped up to give us kisses so joyfully, and it was so nice to see him again. 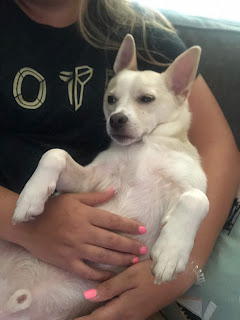 while we'd been gone, the weather had gone from that june gloom and straight into super duper summer temperatures.  it was HOT.  and so we took stevie to petsmart to pick up some supplies and then came home to jump in the pool.  he's only ever put his paws in for a few seconds before jumping right out, and so we were excited to see if we could get him to do some swimming with us. 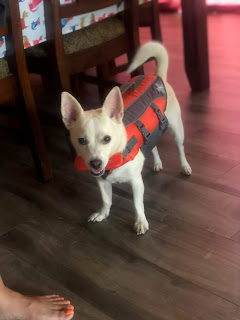 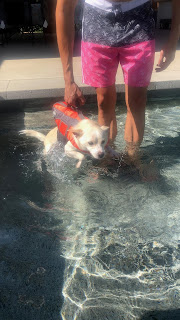 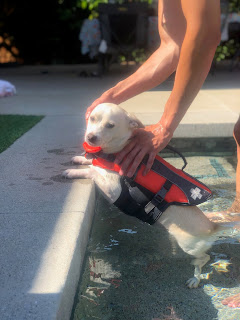 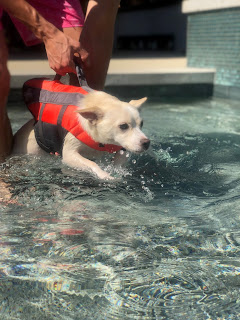 let's just say that he wasn't exactly thrilled about it.  his whole body finally got wet, but he was so freaked out about it that he frantically doggy-paddled his way right out and jumped up onto the grass to wiggle around and shake the water off.  it was pretty funny, and then he stretched out and laid in the sun like he loves to do.

meanwhile, i was still leery of exposing my skin to too much direct sunlight and so i busted out long sleeves and the big hat again. 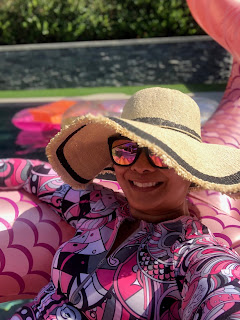 the kids had blown up a nice big lounging raft, and got the idea to put stevie on it with the old lady to see if he might like that better.  and judging from the way he stretched out on it and relaxed - for a whole hour! - i'd say that was a much bigger success. 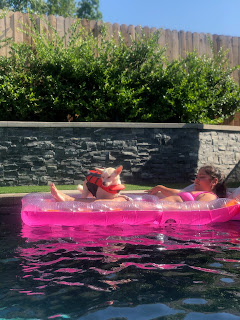 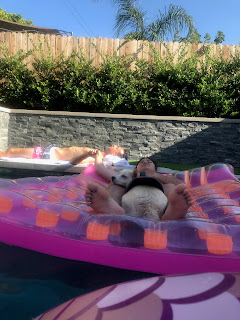 the next day, we were happy to welcome brother wan and his family for a quick visit.  they'd been in so cal for the last week, visiting friends and introducing baby wyatt to everyone, and we were glad we'd gotten back home just in time to see them for at least an evening.  he's grown so much, and is such a happy little guy. 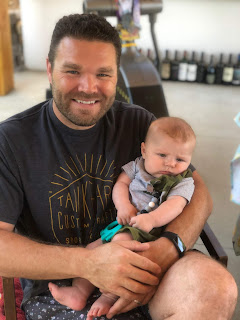 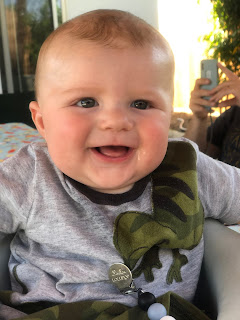 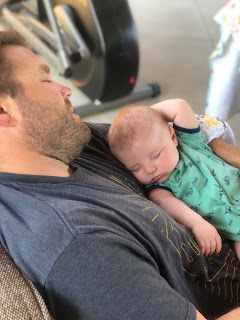 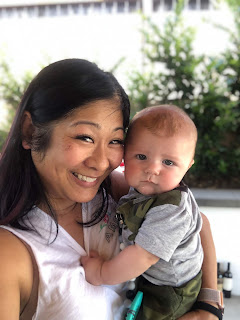 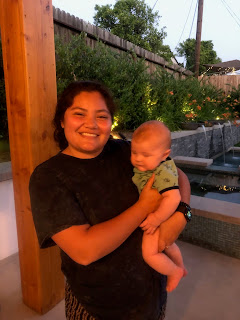 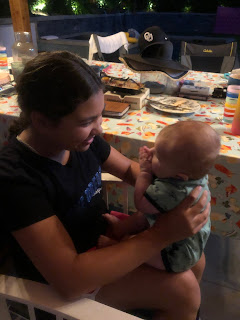 and now that all of our summer vacation plans are done, we're just relaxing and enjoying downtime at home.  the bean doesn't start school till 8/20, so it's nice to just chill and soak in as much unscheduled time as possible.

because once school starts, we'll be off and running like crazy again.  she starts junior high in two weeks.